For the first time since the ceasefire, the Israeli army launches air attacks on Gaza

The Israeli army announced that its planes attacked military compounds in the Gaza Strip on Tuesday, after incendiary balloons were launched from the Strip into southern Israel, which the Israeli fire department said caused about 20 fires in open fields. 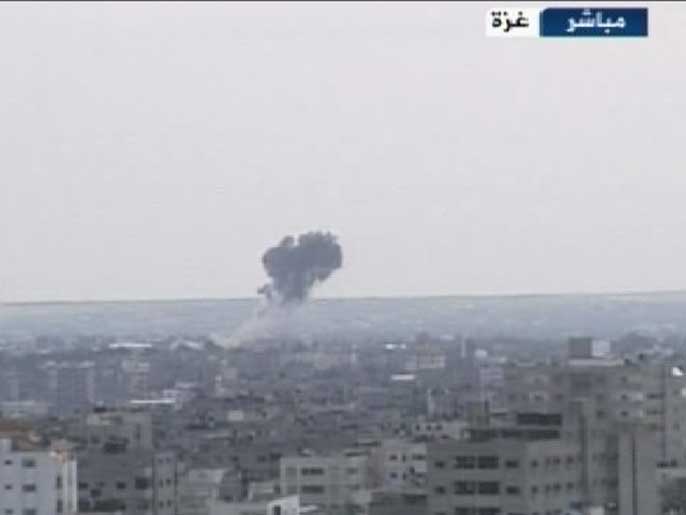 The Israeli army announced that its warplanes attacked military compounds in the Gaza Strip on Tuesday, after launching incendiary balloons from the Strip into southern Israel.

The army said in a statement that it was "prepared for all scenarios, including renewed fighting," in the face of what it called the continuation of terrorist acts emanating from Gaza, after incendiary balloons were launched from Gaza, which the Israeli Fire Department said caused about 20 fires in open fields near the border.

For its part, a radio affiliated with the Islamic Resistance Movement (Hamas) said that an Israeli plane bombed a Palestinian training camp in the Gaza Strip, in the first Israeli attack on the Strip since the ceasefire that ended 11 days of fighting last month.

Eyewitnesses said that Israeli warplanes bombed two training sites belonging to the Izz al-Din al-Qassam Brigades, the military wing of Hamas, one in the city of Khan Yunis in the southern Gaza Strip, and the other south of Gaza City, while no casualties were immediately reported.

Hamas had threatened to take action in response to a rally by Israeli nationalists on Tuesday in Jerusalem.

And Israeli Prime Minister Naftali Bennett has previously announced that the Israeli government should not tolerate the launching of incendiary balloons, and must respond if Hamas launches missiles at Israel.