Euro: Mats Hummels, sad comeback Munich (Germany) (AFP) Unhappy Mats Hummels! For his return to a great tournament after three years of eclipse, the central defender gave the victory to France (1-0) by scoring against his side, and also failed to be the leading player that he aims to become during this Euro. In 2014, he was also the only scorer in the match against the Blues in the quarter-finals of the World Cup in Brazil, but 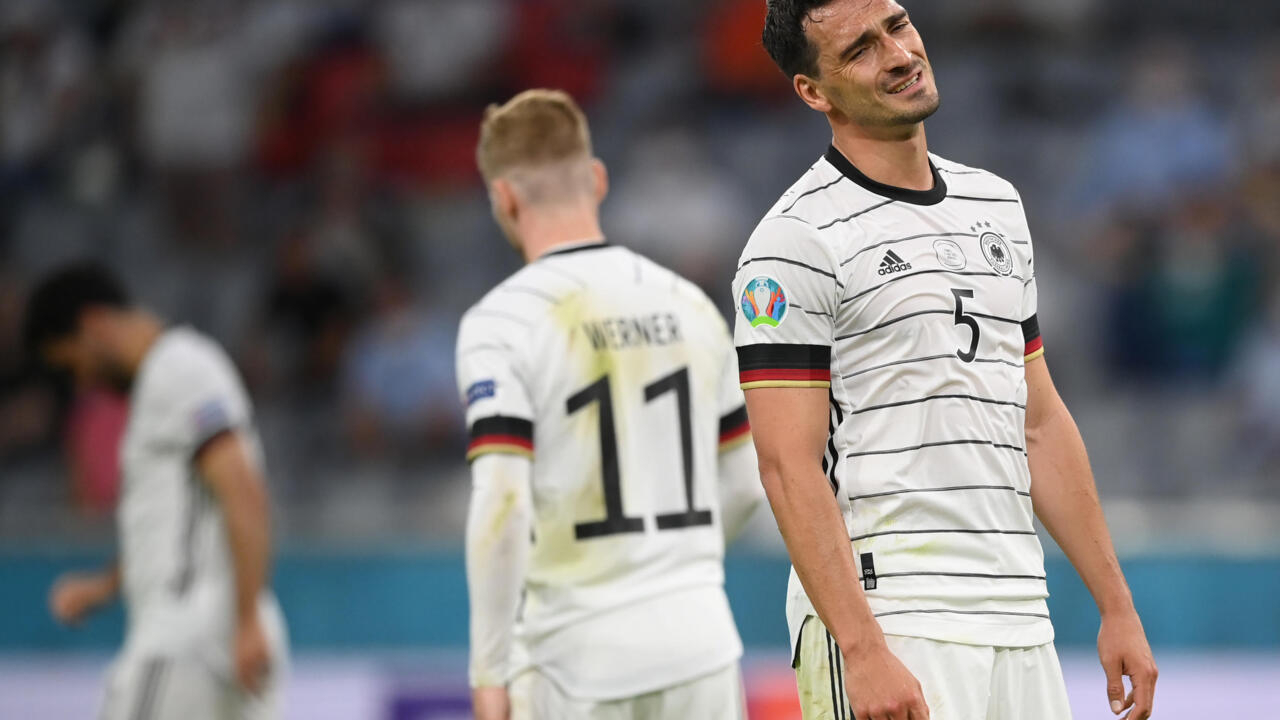 For his return to a great tournament after three years of eclipse, the central defender gave the victory to France (1-0) by scoring against his side, and also failed to be the leading player that he aims to become during this Euro.

In 2014, he was also the only scorer in the match against the Blues in the quarter-finals of the World Cup in Brazil, but his header then qualified the Mannschaft, which was heading for the world title.

Tuesday in Munich, he was certainly not unworthy in his duel against Kylian Mbappé: several times, despite his 32 years, he managed to contain or counter the young French prodigy.

But it was under pressure from the Parisian that he involuntarily cheated on his goalkeeper Manuel Neuer in the 20th minute.

And he gave grain to grind a little later to those who criticize him for being too slow, by literally getting cold by Mbappé 30 meters from the goal (36th), fortunately for Germany without consequence.

In the 78th minute, the referee even brought his whistle to his mouth to whistle a penalty against him when he tackled the Frenchman from behind in the box, but he changed his mind, angering the 22-year-old. .

- Called back in extremis -

Offensively, his climbs on free kicks and corners gave nothing, except a header over Lloris' goal in the 4th minute.

And faced with the effective grid of the middle of the Blues, he did not deliver any of these 40 m passes with which he often manages to launch attacks with his club Dortmund.

Recalled in extremis by Joachim Löw in the selection after being dismissed in the wake of the debacle at the 2018 World Cup, this emblematic figure of triumphant Germany of the 2010s must however in this tournament to give much more.

And to show the way to the youngest: that is why he was summoned.

To take command of a defense that has suffered a lot this season, with 20 goals conceded in 13 matches, including a humiliating 6-0 in Spain in November and a 2-1 home loss in March to the not very formidable North Macedonia , in qualifying for the World Cup-2022.

He himself feels invested with a mission: "I would like to be a spokesperson and a leader, he says, to be even a little more present when things are not going well on the ground, rather than to hide. In a tournament it is also important to overcome the bad times ".

In the atmosphere of the Munich arena, which the French supporters have transformed into a "Stade de France", it was however very difficult to hear the voice of the elegant player from Dortmund, cornerstone this season of the defense of Borussia , who finished the season in cannonball, with a victory in the German Cup and a snatch qualification for the Champions League.

"The accident" happened in the 20th minute: following a series of defensive inaccuracies from the Germans, Lucas Hernandez addressed a powerful center from the left.

The only goal of the match, synonymous with a defeat which now places Germany in a delicate position in this group of death, where it will still be necessary to face Portugal, reigning European champion who won 3-0 Hungary. , and Hungary in the last game.