Beijing wants to reassure after problem at Taishan nuclear power plant Beijing (AFP) "Nothing abnormal": China wanted to be reassuring Tuesday during its first official reaction to a sealing problem in its Taishan nuclear power plant, Beijing assuring that the levels of radioactivity are nothing to worry about. The two Taishan reactors, located about 120km west of Hong Kong, are so far the only EPRs to have entered service in the world. This technology, designed t 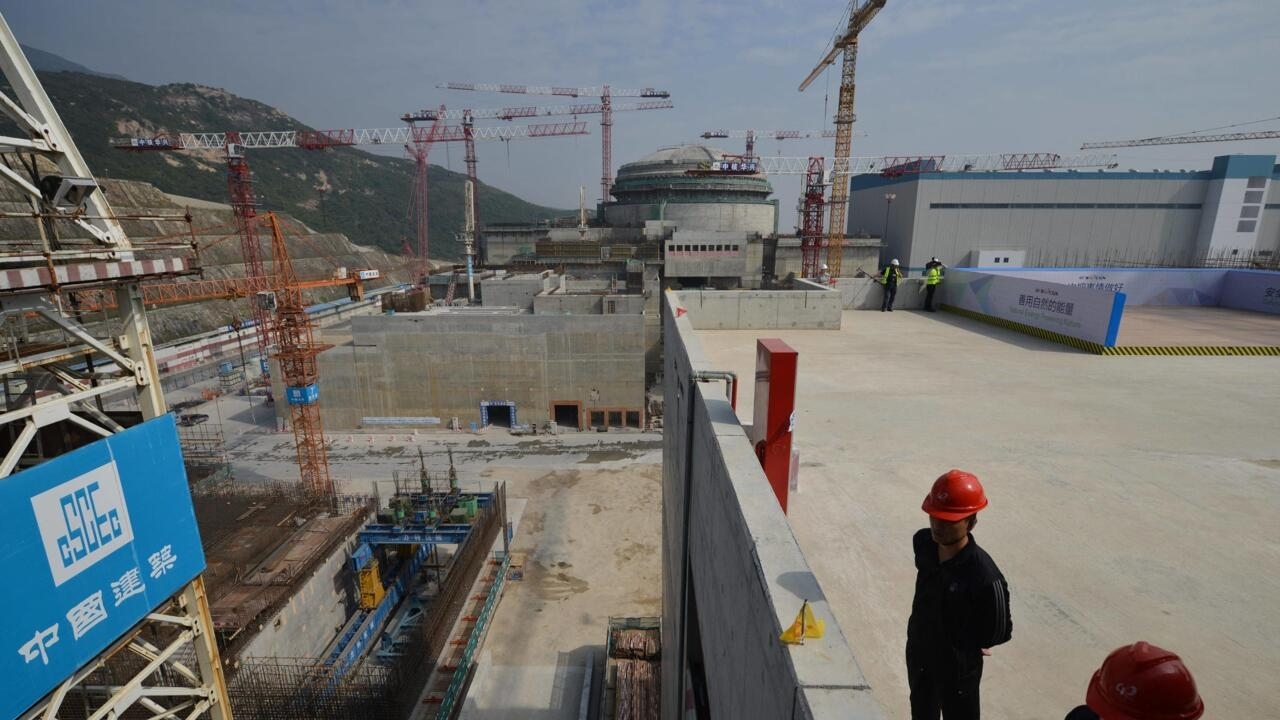 "Nothing abnormal": China wanted to be reassuring Tuesday during its first official reaction to a sealing problem in its Taishan nuclear power plant, Beijing assuring that the levels of radioactivity are nothing to worry about.

The two Taishan reactors, located about 120km west of Hong Kong, are so far the only EPRs to have entered service in the world.

This technology, designed to offer improved power and safety, is presented as the flagship of the French nuclear industry and a showcase for EDF.

But it has suffered many setbacks, in France and Finland, where two reactors under construction have accumulated delays and budget overruns.

The American channel CNN announced Monday a possible "leak" in this central.

EDF, which is a 30% shareholder in the plant alongside the national group CGN, reported the presence of "rare gases" in the primary circuit of the first reactor, after the degradation of the cladding of a few "rods" containing the uranium pellets.

The group was informed in October, but information reached it on Saturday indicating an increase in gas concentrations, a phenomenon "known" and "expected", according to EDF.

The primary circuit is a closed circuit containing pressurized water, which heats up in the reactor vessel in contact with the fuel elements.

The procedure provides for these gases to be collected and treated in order to remove the radioactivity, before being released into the air.

During its first official reaction, the Chinese government wanted to be reassuring Tuesday, while the Chinese media, controlled by the communist regime, observed great discretion on this affair.

"There is nothing abnormal in the radioactivity around the nuclear power plant and safety is guaranteed," Zhao said.

The Chinese nuclear safety organization has reported in recent months of an incident in Taishan.

On April 5, a "small quantity of radioactive gas entered unexpectedly" in the sealed pipe of the first reactor of the plant, said the regulator.

And the amount of gas then released represented 0.00044% of the regulatory annual limit, he said.

It is not clear whether this is the same issue as the one raised on Monday.

"No unusual detection of radionuclide (a radioactive atom, editor's note) has been reported so far," CTBTO, the organization responsible for implementing the nuclear test ban treaty, said Tuesday from Vienna.

The organization has a network of several hundred stations monitoring abnormal radioactivity emissions, including those of civilian origin.

China has about fifty reactors in operation, which ranks it third in the world behind the United States and France.

In France, criticism against the EPR has increased since the announcement of an incident in Taishan.

But the Minister for the Ecological Transition Barbara Pompili called not to take hasty decisions on future projects.

"All energies have advantages and disadvantages, let's look at them but do not react hot", pleaded Tuesday on France Inter the minister, longtime opponent of nuclear power.

The problem revealed to Taishan comes at a time when EDF is hoping for new projects for its reactor.

EDF is discussing with European countries such as Poland or the Czech Republic.

The UK, where two EPRs are already under construction, is considering ordering two more.

The group is also in discussions with India to install a giant power plant with six EPRs at the Jaitapur site.