Back to the negotiating table ten years later, Biden Putin face-to-face US-Russian relations is still difficult to "break the ice"?

China News Service, June 16 (Bian Lei) On June 16, local time, U.S. President Biden’s last stop of his European tour in Geneva, Switzerland, will welcome him to hold a meeting with Russian President Vladimir Putin since he became U.S. President. First meeting.   In fact, 10 years ago, Biden, who was still the Vice President of the United States, had a face-to-face meeting with Putin, then Russi 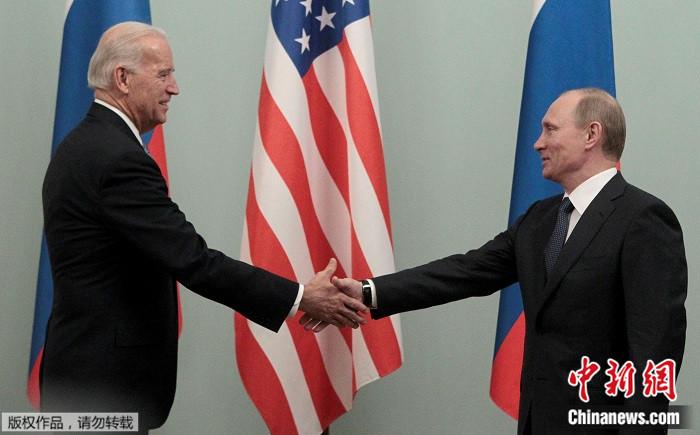 In fact, 10 years ago, Biden, who was still the Vice President of the United States, had a face-to-face meeting with Putin, then Russian Prime Minister, in Moscow.

At that time, Biden stated that the United States hoped to "reset" US-Russian relations in a way that reflects the common interests of the two countries.

Now, the two will sit at the negotiating table again.

But this time, if the two sides want to make a fundamental breakthrough in the low-point Russia-US relationship through just a summit of leaders, it seems "impossible."

These issues will be put on the negotiating table...

According to the Russian President’s Assistant Ushakov, Putin and Biden’s talks will consist of a small-scale talk and two large-scale talks, during which there will be a coffee break.

As for how long the talks will last, Ushakov said, "It all depends on the situation of the discussion, the mood of the two presidents, and what issues will take longer than we planned."

A source familiar with the preparations for the US-Russia summit said that the negotiations are planned to last for nearly five hours.

In addition, according to the warm-up and release of the United States and Russia, the topics of this meeting are very broad, involving bilateral relations, strategic stability, arms control, conflict mediation in hotspots, counter-terrorism, new crown epidemic, network security, human rights, environmental protection and other fields.

The meeting at the lowest point of US-Russian relations,

On the eve of the summit, U.S.-Russian relations continued to be tense, and sanctions and war of words became almost normal.

Putin and Biden recently stated that US-Russian relations are at the "lowest point in recent years."

Zhang Hong, a researcher at the Institute of Russian, Eastern Europe and Central Asia of the Chinese Academy of Social Sciences, said in an interview with a reporter from Chinanews.com that the US-Russian relationship is in a "more dangerous situation", which is the main reason for the holding of the "Pubai".

However, the United States and Russia continued to release negative messages before the summit.

In this regard, Sun Chenghao, an assistant researcher at the U.S. Institute of the China Institute of Modern International Relations, explained that for the United States, the “anti-Russian and hate-Russian” sentiment in the United States has not dissipated, although Biden does not have the burden of former President Trump's “Russian door”. , But after he came to power, including accusing Russia of interfering in the U.S. election, accusing Russia of participating in hacker attacks on the U.S., etc., "there is no way for Biden to show too soft diplomacy to Russia."

"Russia is actually the same," Sun Chenghao said. Because the United States has always imposed pressure on Russia and economic sanctions, it is impossible to ease the United States under Russia’s current governance model. Russia’s domestic politics It also determines that Putin cannot overly show favor to Biden.

However, many parties predict that the United States and Russia will reach cooperation on non-core interests, including climate change issues and the fight against the new crown epidemic.

Zhang Hong said, "The United States and Russia may reach a certain consensus in these areas. I think it is the main purpose of this meeting to create or resume such a dialogue through non-core issues."

See Putin at the last stop of the European trip,

Biden is cheering himself up?

The meeting between Biden and Putin in Geneva was the last stop of Biden's European tour.

Prior to this, he has attended the G7 summit, NATO summit and the US-Europe summit.

"Through the three summits, Biden and Putin will meet with strong alliance diplomacy support. In fact, the United States represents the Western camp and talks with Russia, so that it is in regional security issues, regional economic cooperation issues, ideological and ideological issues. In terms of values, at least there has been the so-called "voice of the alliance", transcending the United States itself, and partially representing the European position." Zhang Hong pointed out.

Sun Chenghao also said that such an itinerary was "well-designed."

If Biden had contact with Putin in advance, first of all he had no bottom; second, Biden was also worried that European allies would think that the United States and Russia would adopt this kind of "over-the-top diplomacy" approach to reach some arrangements that are not conducive to Europe. It is also unfavorable to consolidate transatlantic relations.

"Dialogue" is the best result?

As early as 1985, the leaders of the United States and the Soviet Union held a summit in Geneva, and that meeting was regarded as a turning point for the two countries to walk out of the Cold War.

However, the outside world is generally not optimistic about the outcome of this summit.

Secondly, there is the "security red line." The frequent activities and forward deployments of NATO countries headed by the United States in the Balkan Peninsula and the Black Sea region threaten the security of western Russia.

What Russia is most concerned about economically is when the United States can lift the sanctions.

But first, the "anti-Russian hatred" sentiment in the United States is soaring. It is impossible for Congress to lift sanctions against Russia in this state, and the Biden administration has at least not much bargaining chip in sanctions.

In general, experts predict that this summit will hardly allow both parties to achieve breakthroughs on key issues.

Zhang Hong said that although the summit cannot achieve a breakthrough, it does not mean that the United States and Russia will not be able to achieve regular dialogue in the future.

Once the regular mechanism of such a major power is restored, it will be very beneficial to Russia and will help Russia break the West's diplomatic isolation from it.

"The two leaders will argue endlessly on many things, but the dialogue will continue." Alexander Fushbo, the ambassador to Russia in the administration of former US President George W. Bush, pointed out that this is "the best one can think of." Happening".