Five polio vaccinators were killed and four injured in coordinated targeted attacks in Nangarhar, the country's eastern province. The Taliban deny any involvement. 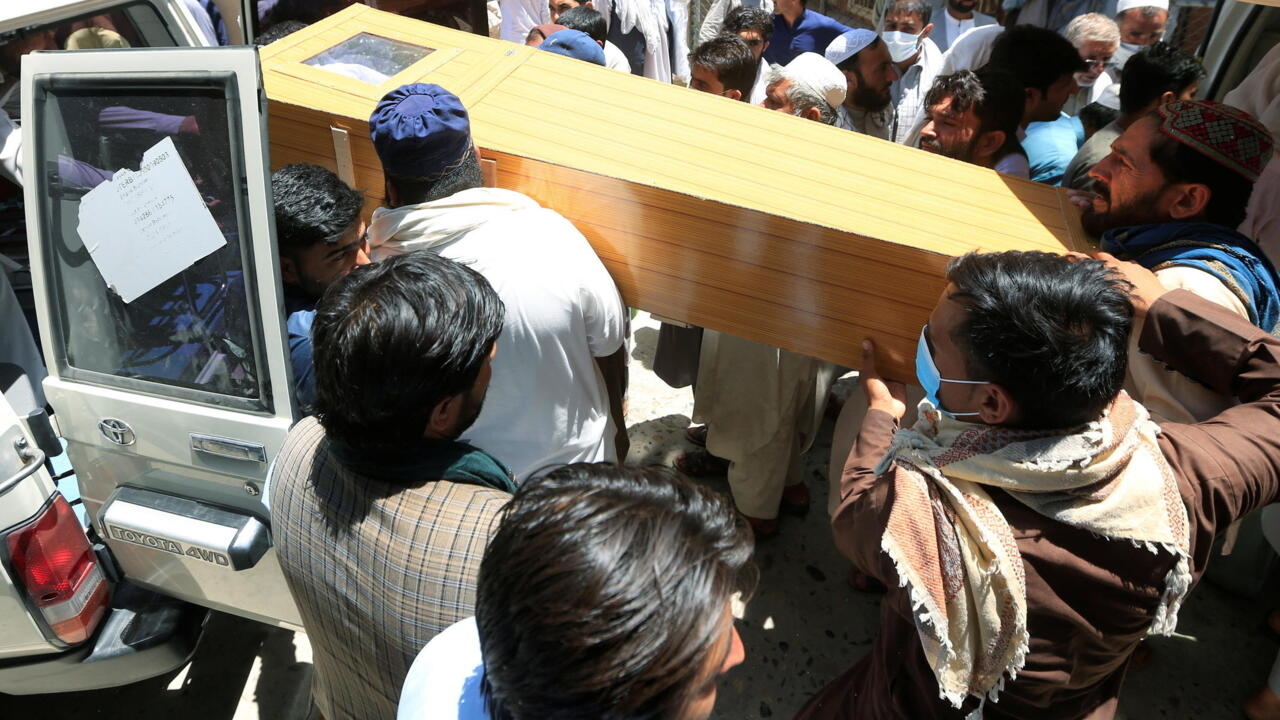 Men carry the coffin of one of the polio vaccination health workers shot dead by unknown gunmen in different separate areas in Nangarhar province on June 15, 2021. REUTERS - STRINGER

The Taliban deny any involvement.

Attacks against polio vaccination campaign workers were carried out in three districts of Nangarhar province.

Unidentified armed men shot at the victims before fleeing.

Almost 9.6 million children under the age of 5 need to be immunized in Afghanistan.

A real challenge as polio vaccination campaigns are viewed with a negative light by the population in certain regions of the country.

The polio vaccine is the subject of many rumors.

According to some, it would render sterile in order to reduce the Muslim population.

Rumors that have circulated since al-Qaeda leader Osama bin Laden, who had been in hiding since the 9/11 attacks, was spotted in Pakistan in 2011 thanks to a fake vaccination campaign organized by the CIA before being killed during an intervention of the American military.

Three months ago, three polio vaccinators were murdered in Jalalabad.

The provincial capital of eastern Afghanistan, close to the border with Pakistan, is experiencing a

A few months before the total withdrawal of foreign troops planned before September 11, security in the country continues to deteriorate.

The Taliban, which is stepping up the offensives against the security forces, are said to control or have influence over more than half of the territory.

Also to listen: Afghanistan after the American withdrawal: 20 years of war ... And now?