UK signs post-Brexit trade deal with Australia London (AFP) After the EU, Japan and Norway, the United Kingdom has concluded a post-Brexit trade agreement with Australia, which is to open the doors to the Asia-Pacific region, despite the concerns of British breeders. It is the first obtained by London that is not simply a renewal or adaptation of those existing between the EU and other countries. "Today marks a new era in UK-Australian rela 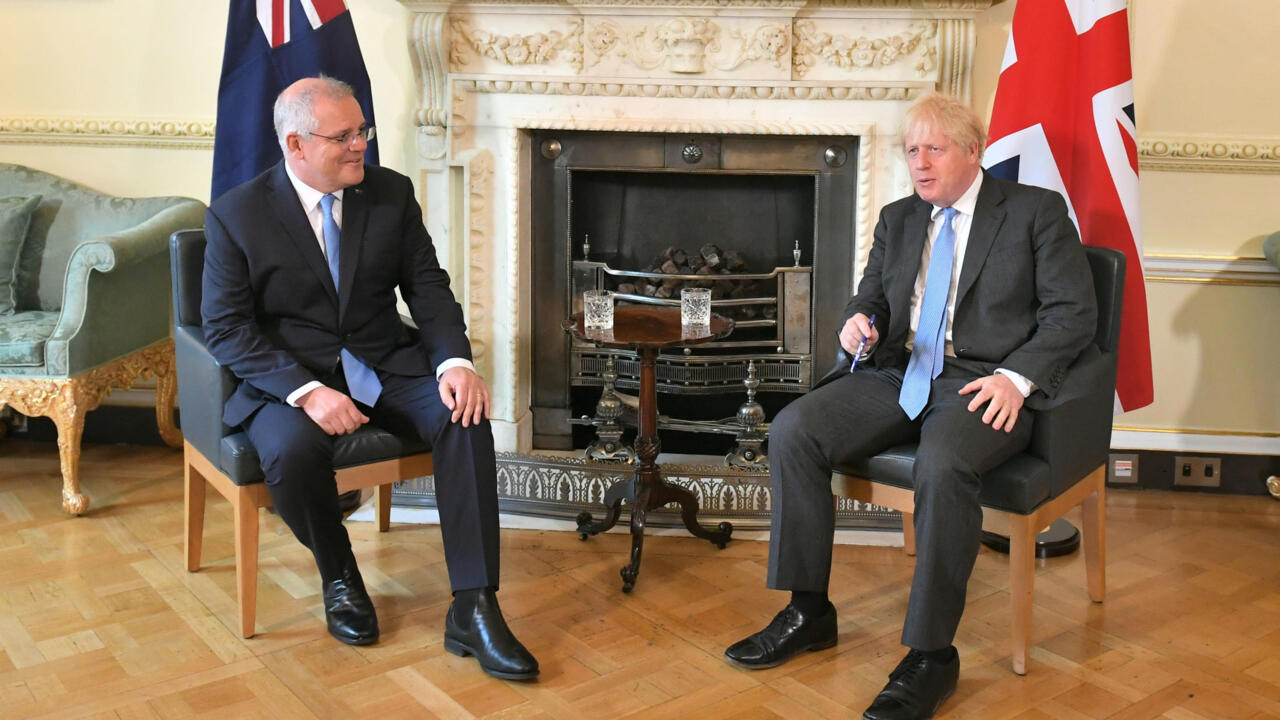 After the EU, Japan and Norway, the United Kingdom has concluded a post-Brexit trade agreement with Australia, which is to open the doors to the Asia-Pacific region, despite the concerns of British breeders.

It is the first obtained by London that is not simply a renewal or adaptation of those existing between the EU and other countries.

He once again praised his concept of "Global Britain", or "Planetary Britain", namely the international influence of the United Kingdom after leaving the European Union (EU).

Beyond trade, the two countries want to cooperate more on security, climate change or technology.

The British leader agreed on the main lines with his Australian counterpart Scott Morrison on Monday evening in London.

The agreement is expected to be published in the next few days and will then need to be signed.

It will allow all British goods to enter Australia duty free, and will benefit the automotive industry, Scotch whiskey, biscuits and other ceramics.

Trade between the two countries represented 13.9 billion pounds in 2020, a year marked by the pandemic, and this amount is expected to grow now, assures London.

The UK was also Australia's fifth largest trading partner in 2019.

The agreement is to protect British farmers, who were concerned about competition from Australian products, such as beef and lamb, with more flexible health standards, the statement said.

The government also wants to help British agricultural producers find other export outlets, including in the Indo-Pacific region.

The agricultural component had even created tensions even in the British government, between the ministers of International Trade and Agriculture.

Before the announcement of the agreement, Michael Gove, minister responsible for coordinating government action, had sought to reassure the agricultural world on Tuesday.

“The majority of Australian products go to Asia, this is their closest market” and “the proportion of Australian meat that is likely to arrive in the UK is going to be a fairly small part of their overall production”, a- he pointed out on the BBC.

"We're going to keep our standards high when it comes to things like hormone beef and chlorine (washed) chicken," he added, addressing consumers.

The agreement also includes a section on the movement of people, and will allow Britons under the age of 35 to travel and work in Australia more freely.

London hopes that this agreement with Australia will more easily open the doors to the Trans-Pacific Trade Treaty (CPTPP), which brings together 11 countries in America and Asia.

At the beginning of June, they authorized the United Kingdom to initiate the procedure to join this vast free trade area.

Today's announcement "shows what we can accomplish as a sovereign trading nation," said Liz Truss, Minister of International Trade.

The UK has already secured agreements with the EU, by far its largest trading partner, Japan and more recently Norway.

It is in discussions with India and New Zealand.

Negotiations are planned with Canada and Mexico.

London still expects to secure a trade agreement with the United States, although progress seems meager for the time being.

It was not mentioned in the reports of the meeting between Boris Johnson and US President Joe Biden on Thursday on the eve of the G7 in Cornwall (south-west of England).