Covid-19: England postpones the final stage of its deconfinement by one month

Boris Johnson announced on Monday the postponement to July 19 of the final stage of deconfinement in England, initially scheduled for June 21. The British Prime Minister explained that inaction to ... 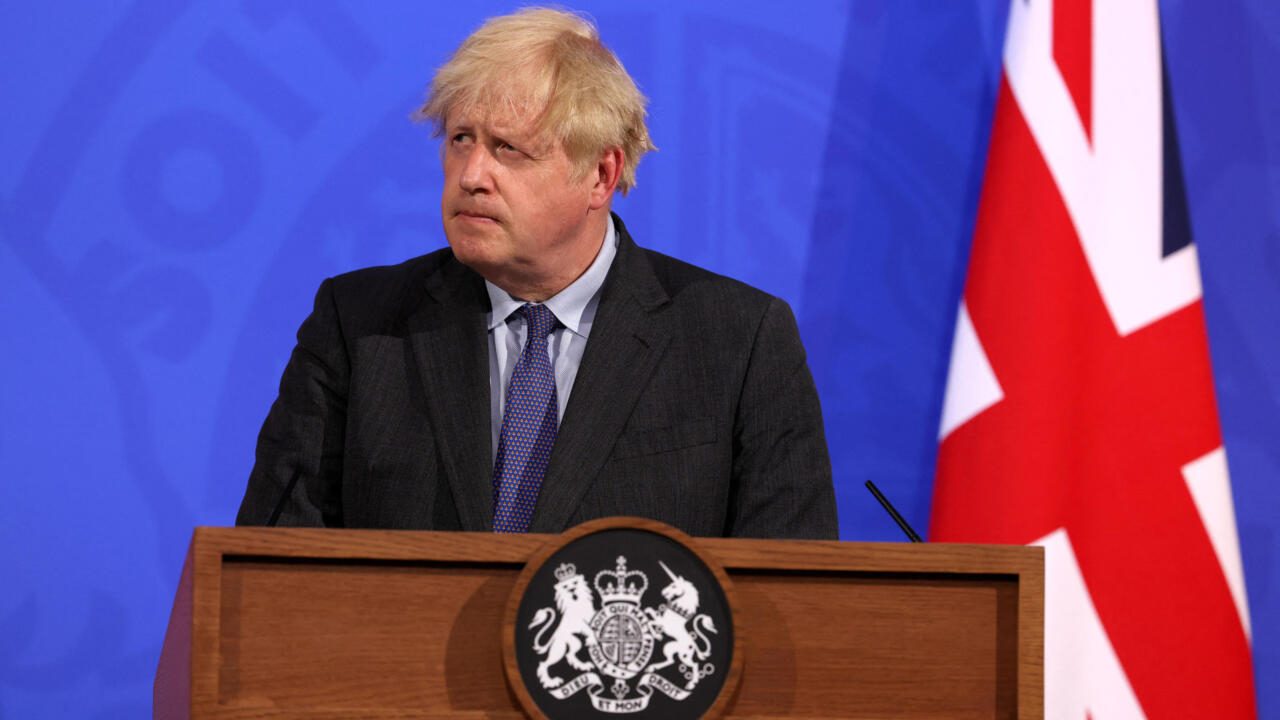 Prime Minister Boris Johnson resolved, Monday, June 14, to postpone for four weeks the lifting of the last anti-Covid restrictions in England, hoping to contain the worrying surge of the Delta variant thanks to the vaccination.

The European country most bereaved by the pandemic (nearly 128,000 dead) was able to restore over the spring many freedoms previously lost, thanks to a long confinement and a very effective vaccination campaign.

Now is the time to ease off the accelerator because by being cautious now we have the chance - in the next four weeks - to save many thousands of lives by vaccinating millions more people.

The Delta variant dominates in England

The euphoria and the impression of victory in the face of the virus are however clouded by the sudden deterioration observed in recent weeks, contaminations rising from 2,000 to 7,000 per day and hospitalizations starting to increase, even if the number of deaths per day remains below 10. This trend is attributed to the Delta variant initially detected in India, now dominant in the country and accounting for 96% of new cases.

To give himself time and avoid worsening the trend, Boris Johnson, long reluctant, announced Monday to the press that he had taken the "difficult decision" to postpone from June 21 to July 19 the last step of his deconfinement plan for the England (each nation in the Kingdom has its own calendar).

The latter must result in the end of the limitation to six indoor meetings, the authorization for pubs to serve at the bar and for theaters to operate at full capacity.

The only concession is that wedding receptions will no longer be limited to 30 guests as of June 21.

"We have to learn to live with it"

"We can not continue (...) when there is a real possibility that the virus outperforms vaccines and that thousands more deaths follow," argued Boris Johnson.

He explained that he wanted to give the health service "a few crucial weeks" to continue the vaccination.

"We must be clear that we cannot simply eliminate the Covid, we must learn to live with it," he warned, believing that the immunization campaign should allow it.

The goal is now to offer by July 19 a first dose to all adults and two doses to two thirds of adults, including all over 50 and vulnerable.

"We are engaged in a race against the virus and vaccines must take the lead," insisted the government's scientific adviser, Patrick Vallance.

The wrath of the economic and cultural world

The postponement announced on Monday is very popular with the public, worried about seeing the situation deteriorate: according to a survey by the YouGov institute, 71% of those questioned are in favor and 54% among 18-24 year olds, less at risk. .

However, it provokes the fury of part of the conservative camp of Boris Johnson, raised against the endless attacks on freedoms, and consternation in the economic and cultural circles concerned.

The UK Hospitality hotel and catering federation has estimated the sector's shortfall at 3 billion pounds (3.5 billion euros) with one month postponing the end of deconfinement, also worrying about " a ricochet effect on reservations all summer and in autumn "and asking for new public aid.

The Night Time Industry Association, which represents the nightlife world, estimates that a quarter of companies in the sector will not survive another month of shutdown without new support.

She fears that the workforce will permanently desert these establishments.

The famous composer Andrew Lloyd Webber, whose musicals like "Cats" or "The Phantom of the opera" have achieved enormous success in London and New York, has already warned: he intends to reopen his theater for launch his production of "Cinderella", even if it means risking prison.

A new update on the health situation is scheduled for June 28, which could make it possible to advance the reopening even if the spokesman for Boris Johnson considered this hypothesis unlikely.