The New York Times columnist Frank Bruni saw that after months of leaving the White House, former US President Donald Trump became suffering from a severe thirst and a lack of people's attention. 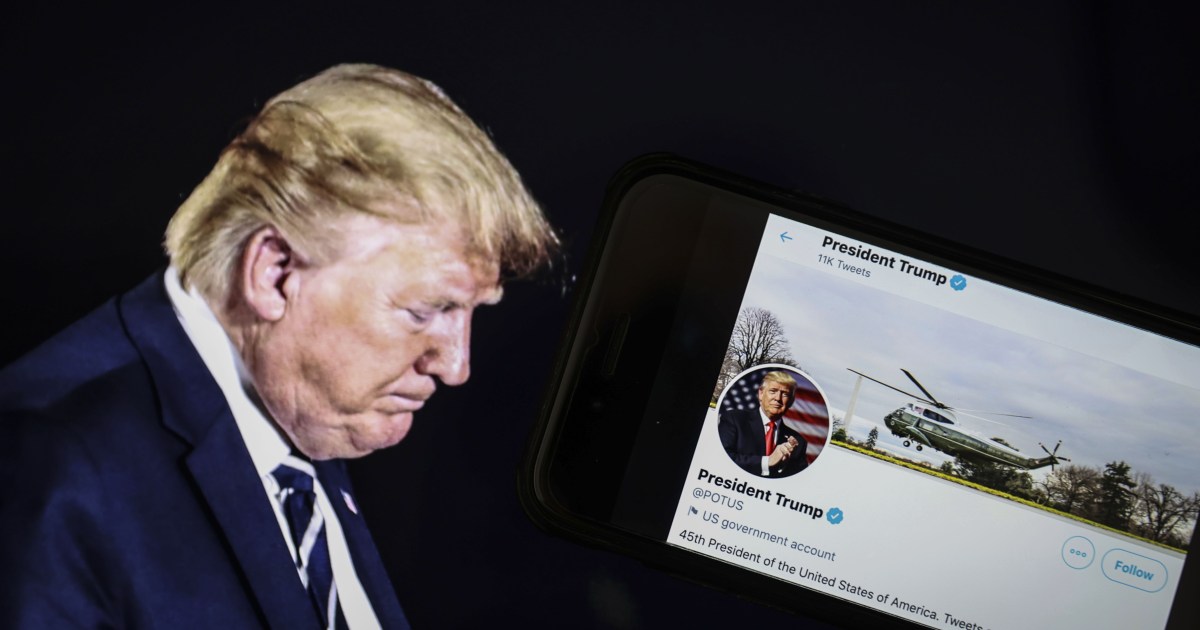 The New York Times columnist Frank Bruni saw that, months after leaving the White House, former US President Donald Trump had become thirsty and severely lacking in people's attention, as if he was "a glutton who was suddenly snatched from a hearty feast or an open buffet." ".

And the writer saw - in an article - that "this matter is not exclusive to Trump only; all American presidents are similar in this regard, either they come to the presidency and they already have this nature, which explains our fascination with them, or we transform them into archetypes or symbols. or even deify them.”

This "Trump tale" exemplifies how far one can go in order to get attention, what one would do if he got what he wanted, and what might happen - the reality of the former president now - when that attention waned.

Trump - as the writer adds - perfectly embodies the American obsession with wealth and power, but more than that;

It is a living expression of the "American obsession" with fame.

The writer adds that Trump is now starving, especially after his accounts on Facebook and Twitter were banned, and he no longer tops the news bulletins of American channels around the clock, and his name is not mentioned in any of the headlines of the front pages of major newspapers.

In a desperate attempt to satisfy his hunger for fame and visibility - according to what the writer says - Trump has recently become crowded with crowds at funerals or engagement parties and memorial events.

Recently, a member of the Mar-a-Lago resort club - where Trump resides - was surprised that he came forward during a gathering organized in honor of a deceased friend, took the floor and made some notes, before diving into the crowds of attendees trying to woo them.

On the other hand, the writer confirms that the echoes of Trump’s recent moves portray him as a “hero in a political melodrama” or a “horror story,” as several questions are raised, such as whether his influence over the Republican Party will continue until the next presidential race, and if He will run again for the elections in 2024, and what "diabolical" face will he appear this time if he really decided to run?

The writer believes that, in parallel, there is another “personal psychological drama” that is about to take place, and it will be able to answer all these questions, and it is in itself a “theatrical show”, as Trump and the same fate whose presidential term was unlike any of its predecessors will be a period Calling him "the former president" is also a unique drama production.

The former American presidents left the White House after spending varying periods of power, and each of them lived moments of media disappearance and the dimness of the spotlight on them, but they were able - immediately or in later periods - to polish their image and refine their legacy through charitable activities and works, according to the writer.

Some of them issued initial statements of support for their successors, or others chose in line with presidential norms and traditions that had long lived the path of silence, but in the end and in any case they did something.

As for Trump - as the writer concludes - he did nothing of all this, and let's be honest, he did not originally have the desire to do anything, and his response to his "distorted reality" was that he insisted every time on a "parallel reality" in which he saw that he would be returned to his position. President, at a time when supporters and sycophants support his illusions of absolute power by surrounding him with a false bubble of confidence.