The Government and the leadership of the PSOE: "We pass to a new stage" after Díaz and Colón

At 8:00 p.m. in Ferraz and La Moncloa they held their breath. &amp; laquo; Poof! &amp; raquo; was the most repeated response throughout the day to those who asked about the ... 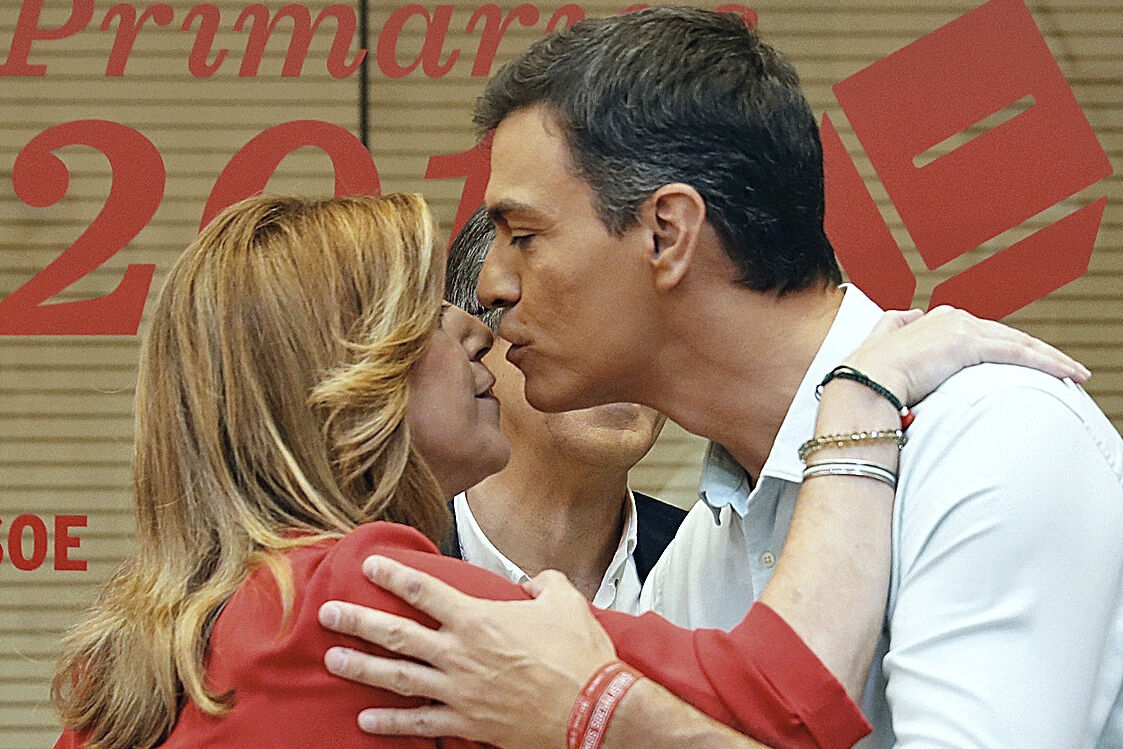 held their breath. "Poof!" Was the most repeated answer throughout the day to those who asked about the PSOE primaries in

to choose a candidate for the

. The high participation (75%) raised doubts about the result. Soon the count drew sighs of relief. Juan Espadas, the candidate endorsed by Pedro Sánchez, by the socialist apparatus, was clearly imposing himself on Susana Díaz. In the leadership of the PSOE and in La Moncloa they want the Andalusian leader to leave after this setback that corroborates Sánchez's control in the game. "We hope he leaves," they sentenced in the command rooms, without having them all with him, yes.

"He should have resigned when the Junta de Andalucía lost," explain socialist sources.

In Moncloa and Ferraz they consider that the Andalusian leader cannot continue as regional secretary general, in a kind of bicephaly with Espadas, until the regional congress at the end of the year.

He will continue, but he anticipated that he will not run for re-election and assuming that the leadership and the decisions now belong to the winner.

Something insufficient for Ferraz.

The Andalusian primaries were a test of cotton for Sánchez.

After the debacle of the PSOE in the

, which was coordinated by the Prime Minister's team, the pulse in this community measured whether there was the option of building a critical current or not.

If the control you have and want of the formation presented cracks.

The fact that there were three candidates in contention made the offices temporize. «Espadas is going to get a good result, close to 50%, but

takes votes from him. You have to see, "analyzed this week a prominent socialist leader. "We need regeneration, open a new stage in the Board," they said in the party in the last hours.

is a lever from which the chief executive and secretary general of the PSOE must make far-reaching decisions: pardons for

, renewal of the PSOE leadership and government crisis. And it will do it hands-free, without ties, answering or internal critical currents. Consolidate your inner power to shape the match to suit you.

"Today everything starts"; "We are opening a new stage" was the feeling of satisfaction in La Moncloa and Ferraz. The impression is that a moment of political weakness has been overcome. First, with a blow to the table in Andalusia, where it is stated that after Madrid's rejonazo the "atmosphere of victory" is recovered. Proof of what was at stake was Sánchez's quick call to Espadas to congratulate him. For the Andalusian Socialists, the loss of the Junta was difficult to digest.

Second, because they consider that the demonstration in Colón against the pardons leaves the PP "touched". They do not consider that it was a success of the convocation and they believe that the fact that Ayuso "put the King in the photo of Columbus" is a problem for

and his family and puts the focus there. And that

comes out more reinforced than the

Thus, on a Sunday that put La Moncloa on guard, satisfaction ended up reigning.

, and with the reception on Wednesday of the president of the

, who will announce the approval of the Spanish plan to that receives European funds (140,000 million in six years).

PoliticsEnthusiasm in the Government for the 'yes' of Junqueras to the 'operation pardons': they believe that it appeases the internal criticism