G7: spotlight on the climate emergency on the last day of the summit - France 24

G7: spotlight on the climate emergency on the last day of the summit Carbis Bay (United Kingdom) (AFP) Haro on coal. In an effort to limit global warming, the leaders of the great powers of the G7 decline a climate action plan on Sunday, on the last day of their summit in England. In the aftermath of the announcement of joint initiatives to address major global challenges, such as responding to China's growing international influence and preventing pandemics, the 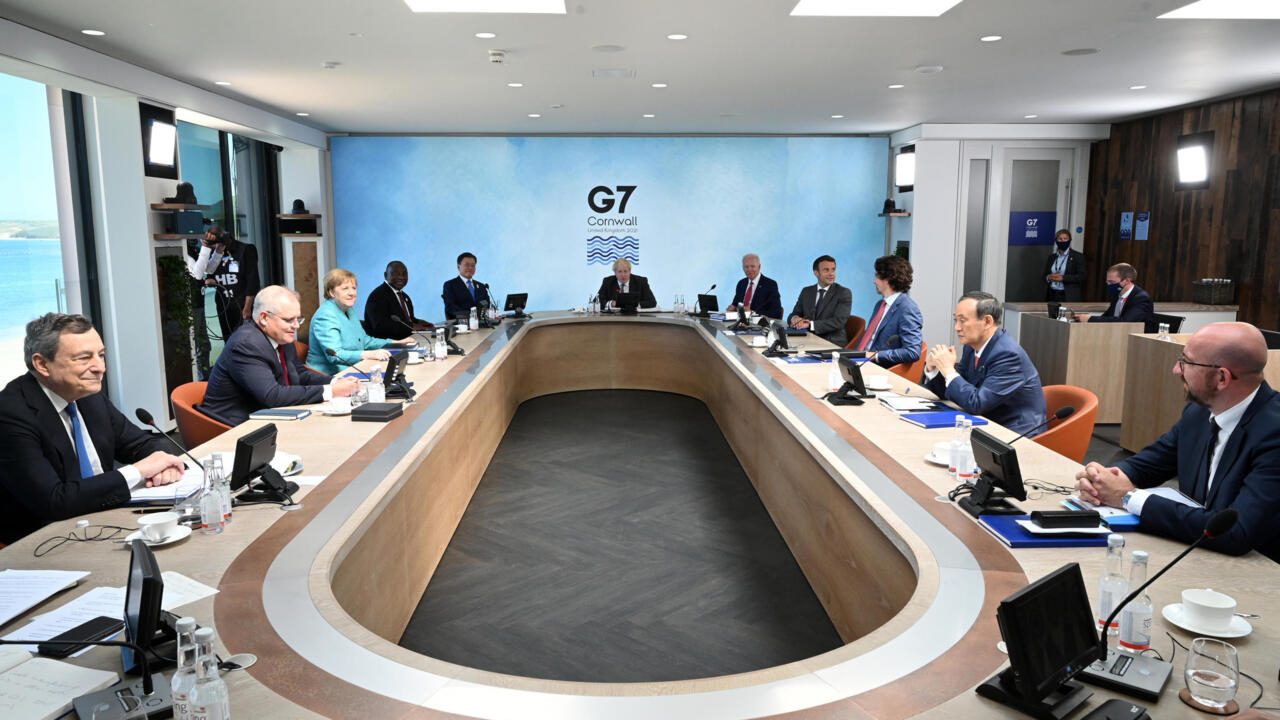 In an effort to limit global warming, the leaders of the great powers of the G7 decline a climate action plan on Sunday, on the last day of their summit in England.

In the aftermath of the announcement of joint initiatives to address major global challenges, such as responding to China's growing international influence and preventing pandemics, the rich countries tackle the climate emergency when they meet in Carbis Bay (southwest), the first in almost two years, marking the return of the United States to multilateralism.

"The decisions we make during this decade - especially the decisions of the most economically advanced nations - are among the most important in human history."

The stakes are high for the United Kingdom, which wants to lay the foundations for a consensus a few months before the major UN climate conference (COP26) which it will host in Glasgow in November.

The goal is to limit the increase in temperatures below 1.5 ° C compared to the pre-industrial era, a threshold beyond which scientists believe that climate change will get out of hand.

To achieve this, the leaders of the G7 will vote for a reduction of about half of their greenhouse gas emissions by 2030, a target that some countries intend to exceed.

Coal is in their sights, especially power plants powered by this fossil fuel, the most polluting - unless environmental compensation measures are in place, such as CO2 capture.

Public aid will be stopped this year.

In this context, the leaders plan to sign a check for up to $ 2 billion to support the green transition in disadvantaged countries.

“Protecting our planet is the most important thing we can do for our people as leaders. There is a direct relationship between reducing emissions, restoring nature, creating jobs and ensuring long-term economic growth, "said British Prime Minister Boris Johnson.

The leaders of France, Italy, the United Kingdom, Canada, the United States, Germany and Japan will also examine the climate component of the vast global infrastructure plan presented on Saturday for disadvantaged countries in Africa, Asia or Latin America, to encourage green growth and try to counter Beijing on its own ground.

The G7 will also commit to increasing its contributions towards the objective of developed countries to finance climate policies of poor countries to the tune of $ 100 billion per year by 2025.

Other measures also include the will to halt the decline in biodiversity by 2030, by protecting at least 30% of the land and seas, while London will launch a fund of 500 million pounds (more than 582 million euros) for the preservation of the oceans.

For environmental activists, these announcements are too soft: they want more action and fewer words, as they loudly and comically recalled during protests in Cornwall.

"Despite these green accents, Boris Johnson has simply warmed up old promises," lamented Greenpeace, while Extinction Rebellion called the summit a "flop".

Since the start of the summit on Friday, leaders have wanted to offer the image of a united front on major issues.

Through working sessions and asides, US President Joe Biden strove to rally his allies against Moscow and Beijing, a major objective of his European tour which marks the return of the United States on the international scene after the Trump era.

This image of good relations has, however, been tarnished by the dissensions, exposed in broad daylight, between Europeans and British on Brexit and the thorny issue of Northern Ireland.

On the pandemic front, after the promise to share a billion doses of anti-Covid vaccines to poor countries, lagging behind in their immunization campaigns, the G7 adopted a battle plan to prevent future pandemics.

This is insufficient, tackled the former British Prime Minister Gordon Brown on Sky News: "Millions of people will not be vaccinated and millions will die".

After the final communiqué and the traditional press conferences, Joe Biden will have tea with Queen Elizabeth II at Windsor Castle, before the NATO summit in Brussels and then a closely scrutinized meeting with Russian President Vladimir Poutin on Wednesday in Geneva.