Described as a game changer.. America approves a slimming drug that leads to 20% weight loss

The US Food and Drug Administration has approved a new weight-loss drug, whose trade name is Wegovy, and the global name for it is semaglutide. How does this drug work and what weight is expected to be lost by using it? 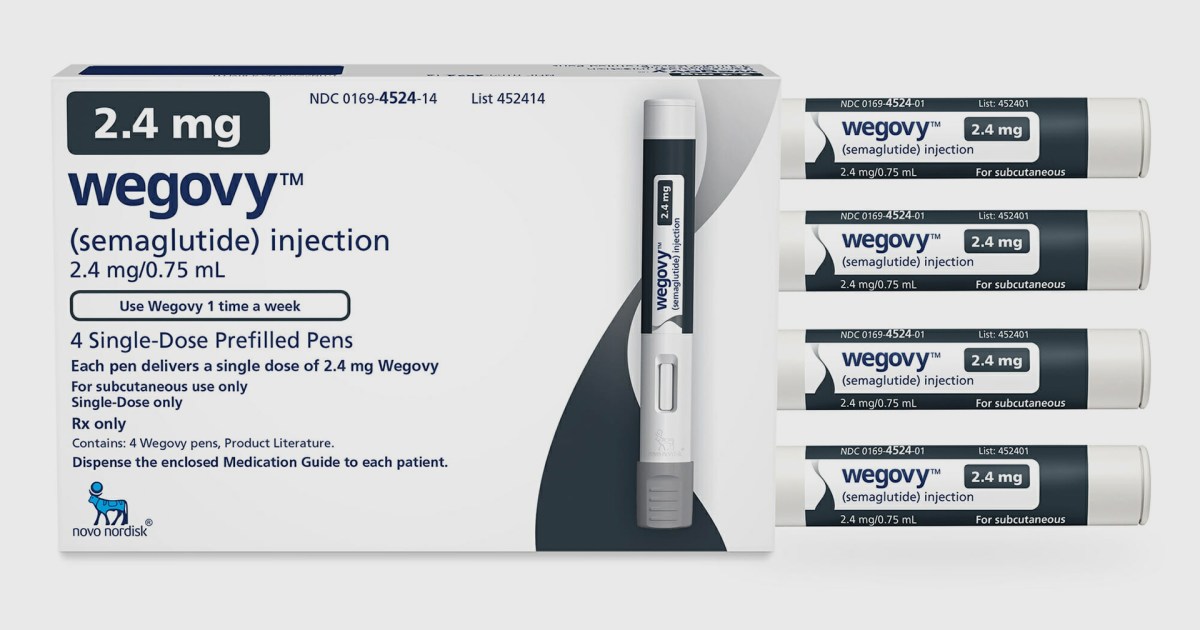 The US Food and Drug Administration has approved a new weight-loss drug, whose trade name is Wegovy, and the global name for it is semaglutide. How does this drug work?

What weight is expected to be lost by using it?

And what are its side effects?

How much does it cost?

Wegovi is the first weight-loss treatment approved by the US Food and Drug Administration since 2014, according to an FDA statement.

Media reports described it as a game changer, meaning that it makes a big change in the topic of medicines and slimming.

The drug Lugovi comes in the form of an injection, and is given under the skin.

Inject 2.4 mg of the active substance semaglutide once a week.

Who can benefit from Wegovi?

Wegovi works by mimicking a hormone called glucagon-like peptide-1 (GLP-1) that targets areas of the brain that regulate appetite and food intake.

And people who used the drug lost up to 20% of their weight.

Is it enough to just take an injection to lose weight?

No, people who used wagoff and lost weight also followed a diet and exercise program.

The use of Wegovi should be accompanied by healthy changes in eating and movement habits.

This medication helps control appetite, and may be the starting point for change, but a person must change unhealthy eating habits and exercise.

How much does a Wegovy drug cost?

The most common Lugovi side effects include:

The dose should be gradually increased over 16 to 20 weeks to 2.4 mg once weekly to reduce gastrointestinal side effects.

Contraindications to the use of the drug

How much did people who used Wegove lose?

Novo Nordisk, the company that makes the drug, conducted several studies on the safety and effectiveness of the 2.4-milligram dose, and the largest study was 68 weeks and included about 2,000 obese adults without diabetes, and found that people who took 2.4 milligrams of semaglutide per week While participating in a diet and exercise program, they lost significantly more weight than those who made the same lifestyle changes but were given a placebo, according to a report by Barbara Brody for AARP.

"The data is pretty impressive," says Dr. Jennifer L. Kirby, associate professor in the Division of Endocrinology and Metabolism at the University of Virginia Health System. "We have a limited amount of tools in our toolbox when it comes to Treating overweight and obesity, and adding semaglutide is excellent news."

How does Wegovi outweigh other medications?

Currently there are only a few other FDA-approved weight-loss drugs on the market, and almost none of them work as well as semaglutide, says Dr. W. Timothy Garvey, a professor at the University of Alabama at Birmingham.

Semaglutide suppresses the appetite by acting in the brain, and as the appetite is controlled, a person is likely to eat less and choose foods with less calories.

Although both are hormone mimics called peptide 1, liraglutide is half as effective as a 2.4-milligram dose of Wegovi, Garvey says.

However, Garvey cautioned that Whigoff is not a quick or easy solution, it helps patients stick to a low-calorie diet, it's not a magic pill, and you still have to pay attention to lifestyle choices and continue to be physically active.

What Wigoffy does is make it easier to stick to the diet and exercise changes necessary to lose weight, which can be very difficult for people who are overweight and obese.

"It's not their fault," Garvey adds. "The mechanism of the disease (obesity) makes them feel hungry, so even if they manage to lose weight, they usually gain it back."