While the health situation is deteriorating sharply in Taiwan, this very densely populated island is facing a shortage of vaccines. However, China, which considers the archipelago as one ... 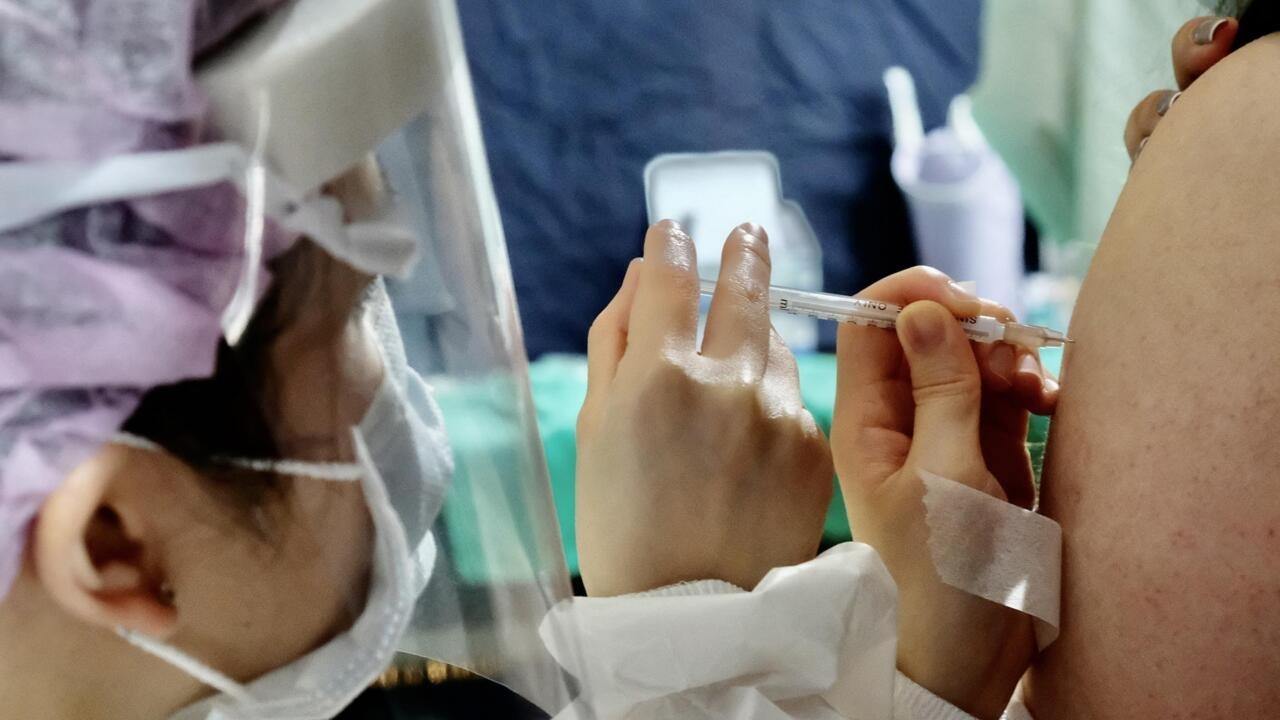 Until then, the virus had remained at the gates of the island.

Taiwan is regularly set up as a model for its management of the health crisis.

In 2020, when the countries of the whole world were confined in turn, the inhabitants of the archipelago, them, took advantage of restaurants, shops and cultural places.

The recipe for this "Taiwanese model": an early closure of borders, the widespread use of masks and a draconian policy of tracing cases.

This period is over.

The situation has deteriorated sharply since the end of April, when the government decided to ease the quarantine measures for airline pilots.

She then introduced, without her knowledge, the Alpha variant on the territory.

Since the epidemic flies away.

"Contaminations have multiplied by twelve since the end of March. There are around 200 new cases every day, when there were barely ten for months", explains to France 24, Hubert Testard, economist, author of the book " Pandemic, the change of the world ".

On Saturday June 12, the number of deaths since the start of the epidemic reached 411, after having stagnated at 7 throughout 2020.

Since mid-May and for the first time since the start of the pandemic, the Taiwanese have been subjected to semi-containment.

Public places, including schools and universities, are closed and gatherings prohibited.

Initially scheduled until May 28, these restrictions were extended until June 28.

A shortage of vaccines

And this outbreak of the epidemic reveals another major problem: the country is lagging behind in terms of vaccination. Officially launched in mid-March, it is progressing at an ant's pace. As of June 11, 800,000 doses of vaccine have been administered on this island of more than 23 million inhabitants, a very densely populated state. In other words, only 3.36% of the total population received at least a first injection, almost exclusively with the AstraZeneca vaccine, according to data communicated by Our world in Data.

"We have observed this delay in the start of vaccination campaigns in the majority of Asian countries, especially those which have been good at containing the epidemic, such as South Korea or Japan", analyzes Hubert Testard.

"This is probably explained by the fact that the population felt safe. Governments wanted to take the time ... But, obviously, everything accelerates as soon as the situation escalates."

>> To read also: Royal controversy around vaccination in Thailand

Since mid-May, the island has been trying to speed up vaccination, in particular by setting up free access for all.

However, it faces a major obstacle: the lack of vaccines available.

Although the island had ordered around 20 million doses abroad, it has so far received only 726,600 doses of AstraZeneca and 150,000 doses of Moderna.

Taiwan, which China considers one of its provinces, would not have to go very far to find additional vaccines.

Since the start of the pandemic, Beijing has continued to offer its own doses.

On Friday, June 11, Taiwanese were even invited to come and get vaccinated directly in China, Reuters reports.

The government of Taiwanese President Tsai Ing-wen, however, categorically refuses this solution, seeing in this offer from Beijing "a political recovery" of the vaccination and a way of establishing its domination over the archipelago.

On several occasions, Taipei went further, accusing China of being partially responsible for the archipelago's difficulties in sourcing serums.

Rather than having to negotiate with Beijing, the Taiwanese government wishes to deal directly with the manufacturers, in particular the German Pfizer-BioNTech.

But these attempts were systematically unsuccessful, even though the negotiations seemed to be progressing well.

"It is highly likely that these direct negotiations will be blocked by China."

Taipei therefore finds itself at an impasse: accepting the vaccines included in this "Greater China" contract would amount to recognizing Taiwan's membership in China.

"Taiwan's access to vaccines continues to be slowed down by Chinese interference," denounced on Twitter at the end of May, after the failure of new negotiations with the German manufacturer, the spokesperson for the Taiwanese presidency, Kolas Yotaka .

Taiwan access to vaccines continues to be slowed down by Chinese interference, while they insist we buy Chinese made ones.

If you really want to help please don't stand in the doorway, don't block up the hall.

On the island, some voices, carried by the opposition party close to Beijing, the Kuomintang, are increasingly insistent in accepting the Chinese offer.

Thus, Hung Hsiu-chu, a major figure in the party, recently challenged the president, reminding her that "the real enemy was the virus, not Beijing".

Since June 1, this party has also launched a campaign on social networks, with an unequivocal message: "Taiwan needs vaccines".

"What is your vaccination strategy?"

also denounced the president of the party, Johnny Chiang, during an online conference on June 1.

And to hammer: "the arrogance of this government and their bad policies have plunged us into the crisis in which we are now."

Join us in our #VSignMovement:

"Vaccines, Vaccination, and Victory over the Pandemic!"

In addition to political questions, the government defends itself with great reinforcements of health arguments, constantly questioning the effectiveness of the Chinese vaccine.

At the end of last May, he published, moreover, a poll conducted by his party, affirming that 86% of Taiwanese would refuse, anyway, the Chinese vaccine.

The question now takes a geopolitical turn, the allies of Taipei flying to the aid of the island.

On June 4, a symbolic date for the Tiananmen commemorations, Japan announced that it would send more than a million vaccines to the archipelago.

Sunday, June 6, it was the turn of three American senators, on a diplomatic visit to Taiwan, to announce the sending of 750,000 vaccines.

"We are in a context of heightened rivalries between China and the United States. This announcement from Washington is eminently political", analyzes Hubert Testard.

"More than helping, this is clearly about undermining Beijing's vaccine diplomacy."

And Taiwan hopes to soon be able to bet everything on vaccines manufactured directly on its territory.

Three are currently completing phase 2 of the trials and two of them have already been ordered by the government.

A certification procedure should therefore allow their massive deployment by the end of July.

"Taiwan should be able to continue to do without Chinese vaccines," concludes Hubert Testard.

"The vaccination campaign will certainly continue to gain momentum."

Objective for the government: to have vaccinated 60% of its population before the end of October.