It was understood that the midseason had already been archived for some time. Over the years, the summer is now more and more tropical 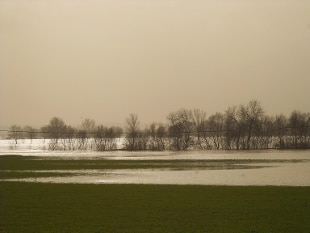 June 13, 2021One storm a day with water bombs, tornadoes, lightning storms and violent hailstorms. It is the calling card of summer 2021 with the arrival of heat. A picture that has been repeating itself for some time and emerges from Coldiretti's analysis of ESWD data which has recorded up to now 190 extreme events in 2021.

If the good weather has prompted many Italians to go to the sea, to the mountains or to the countryside, taking into account of the anti Covid measures, the arrival of heat - underlines Coldiretti - was unfortunately preceded by violent hailstorms that struck patchy along the peninsula, from Lombardy to Calabria to Sardinia with damage to vegetables, orchards and vineyards and the loss of a full year of work for many families.

The heat bubble of the weekend - continues Coldiretti - was preceded by a cold month of May with a temperature of almost half a degree (-0.45 C) lower than the historical average according to Coldiretti elaborations on Isac - Cnr data, but in the north, the mercury had never dropped so much in the last 30 years.

We are facing in Italy the consequences of climate change with a tendency to tropicalization and the multiplication of extreme events with a higher frequency of violent events, seasonal delays, short and intense rainfall and the rapid transition from the sun to bad weather that caused us to lose - concludes Coldiretti - over 14 billion euros in 10 years, between falls in national agricultural production and damage to structures and infrastructures in the countryside with flooding, landslides and landslides.