Revealing the details of the "hostile design" of the Renaissance Dam... a mutual attack between Mamdouh Hamza and the Egyptian media

With the approaching date of the second filling of the Grand Ethiopian Renaissance Dam and its expected negative effects, the past days witnessed a technical debate about the dam between politician and engineering consultant Mamdouh Hamza, and the Egyptian government and the media close to it. 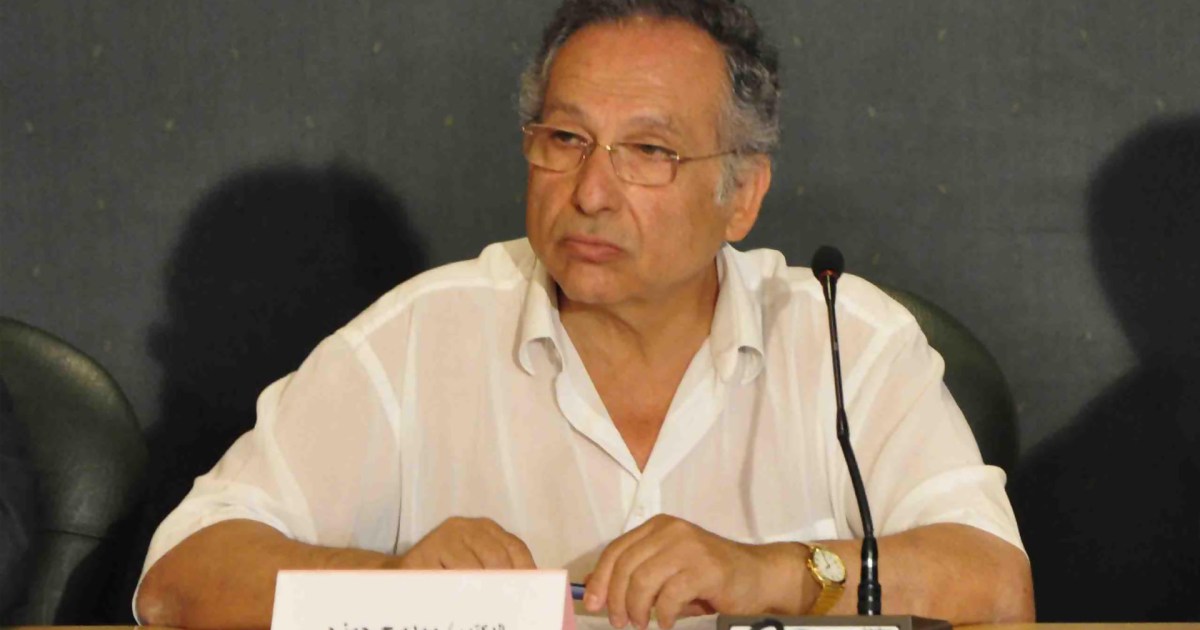 With the approaching date of the second filling of the Grand Ethiopian Renaissance Dam and its expected negative effects, the past days witnessed a technical debate about the dam between political activist and engineering consultant Mamdouh Hamza, and the Egyptian government and the media close to it.

The controversy is caused by the publication of Mamdouh Hamza - who lives outside Egypt after judicial rulings against him - a number of videos regarding the Renaissance Dam, in which he spoke about the historical background of the dam, and the interference of some enemies of Egypt to participate, finance and encourage the construction of the dam, and a number of technical matters that confirm the negative impact Great Dam on Egypt.

On the other hand, the Egyptian government responded to Hamza - without mentioning his name - through official statements aimed at refuting the information he provided, and media outlets close to the government launched a major attack on him to question the data he publishes.

With Hamza’s fame as a political activist, he is considered one of the most prominent consulting engineers in the field of civil engineering, especially soil engineering, and his consulting office participated in a number of important projects, the most famous of which are the building of the Library of Alexandria headquarters, the development of Ain Sukhna in Egypt, as well as the building of the Ministry of Finance in Algeria, and the development of Gulf of Aqaba in Jordan.

The first video about the Abyssinian ruin dam pic.twitter.com/FOFCV3RVVi

The debate began with a video clip published by Hamza, in which he talked about the historical backgrounds of the dam, and several previous Ethiopian attempts to divert the course of the Blue Nile to deprive Egypt of the Nile River, always encouraged by a third party. It is global Zionism.

The international consultant blamed the successive Egyptian governments during the last decade for opening the door for Ethiopia to build the dam, by approving the successive technical meetings and their outcomes.

Hamza indicated - in the video - that the goodwill of Egypt and Sudan was the most powerful weapon that Ethiopia relied on, and it may lead to the loss of the two countries' rights to the Renaissance Dam, in favor of global Zionism, which aims to control the river's water, and make it a commodity to be traded on global stock exchanges that began last year Water shares traded for the first time.

“They played in the brain of Sisi,”

Mamdouh Hamza reveals serious details about the Renaissance Dam and who is behind its financing pic.twitter.com/6a9RFKtFCJ

The Zionists played in the brain of Ethiopia.. Mamdouh Hamza reveals serious details about the Renaissance Dam and who is behind its financing @A_SAMIR_1 pic.twitter.com/3S9HLOFsKJ

"The goal is to thirst #Egypt, not Ethiopia's interest." Mamdouh Hamza says that the #Nahda_dam aims to create a crisis of political pressure behind which a third party is behind it, not development

The aggressive dam and its danger to Egypt's present and futureستقبل

Take knowledge from its people.

A very important video about the Renaissance Dam and the history of the conspiracy against Egypt from the great engineer Dr. Mamdouh Hamza.

This is the first video, and another video will follow.

Please watch the video and spread it widely.

Thank you, Dr. Mamdouh, for your national effort.

In contrast to the first video clip, the second clip was technically par excellence, in which Mamdouh Hamza explained the nature of the "hostile design" of the Grand Ethiopian Renaissance Dam, and how its nature turned from 14 billion square meters reservation to 94 billion, not 74 billion as Ethiopia is popular in its data.

The Egyptian consultant explained the amendments that were made to the Ethiopian dam projects during the last century, which began as simple hydroelectric dams to generate electricity, and how the World Bank persuaded Ethiopia to change the nature of the dam into a multi-purpose dam, aimed at storing water, producing electricity and cultivating the surrounding lands.

Hamza pointed out that Ethiopia is continuing the dam project, in contravention of the results of the feasibility study conducted by a specialized institute in British Cambridge, which confirmed the economic futility of the project, explaining that Ethiopia aims to make 3 other dams in addition to the Renaissance Dam, and has already laid the foundation stone for the second dam, "Cardube". " this year.

He also referred to a study conducted at the University of San Diego, which confirmed that the Renaissance Dam was designed in a way that greatly exceeds the need for it, wondering why the government did not use the specialists who conducted this study.

Hamza presented a detailed plan for the Renaissance Dam, in which he explained the design of the turbines in a way that allows them to operate only in the event that the dam is significantly filled, which means that a large amount of water is threatening to Egypt’s share, and explained that the Egyptian government has known this since 2016, and requested an increase in the number of openings in the The dam, but Ethiopia refused.

At the end of the section, he questioned the feasibility of negotiating with Ethiopia at a time when the Egyptian government knows the nature of the hostile design of the dam, and Ethiopia's plans to seize 74 billion cubic meters of Nile water, as well as another 20 billion that studies have confirmed was lost due to evaporation and leakage.

The Egyptian government was apparently disturbed by the technical details presented by Hamza in the second video clip, so the Ministry of Water Resources and Irrigation issued a detailed statement, in which it seemed that it wanted to refute what the Egyptian consultant offered, without referring to it.

The ministry confirmed - in its technical statement full of numbers - that the water-passing holes in the dam are located at a level lower than the maximum level of the dam body at a sufficient height, and that the carrying capacity of making these openings throughout the year enables them to pass the annual drainages of the Blue Nile.

A member of the Renaissance Dam Negotiations Committee Alaa Al-Zawahiri went out on more than one satellite channel to explain the statement of the Egyptian Ministry of Irrigation, and denied the allegations circulated through social media - in an indirect reference to Mamdouh Hamza - about the openings of the Ethiopian dam, while the media close to the government mocked the statements Hamza.

Al-Daihi attacks Mamdouh Hamza: You must be silent and no bidding against the state in a crisis # Renaissance Dam # With paper and pen #TeNTV pic.twitter.com/AcQLNrZ67W

The government’s responses and the mockery of the media did not stop the international consultant, who published a third video clip, in which he launched a severe attack on what he called “Samsung media,” in reference to the media close to the Egyptian regime. He also launched an attack on the ministry’s statement and the statements of specialists, describing them as fraud against the Egyptian people.

Hamza revealed, in the third section, the references from which he drew the information he published, the most important of which is the main reference from the consultative office involved in the design and implementation of the dam, which confirms the loss of at least 8 billion cubic meters to Egypt, and what may reach 15 billion meters cube at max.

The Egyptian consultant stressed that Ethiopia aims - explicitly - to make the Blue Nile an Ethiopian lake, explaining through a document presented that Egypt agreed in Washington on the schedule for the second filling, wondering about the reason behind Cairo's objection to the filling that it agreed to before.

Hamza followed the video with a tweet in which he called on Egyptian President Abdel Fattah El-Sisi to immediately withdraw from the Declaration of Principles Agreement on the Dam, which El-Sisi signed with the leaders of Ethiopia and Sudan in 2015, threatening that the presence of the dam on the Blue Nile means its end, and perhaps its trial, noting that stopping any dams On the Blue Nile, it means lifting the error and respecting the people for it.

Al-Sisi: The presence of any dam of any size for any purpose on the Blue Nile means your end and perhaps your trial.

Empowering the Bani Shanqul from their lands and stopping any dam work on the Blue Nile means removing the mistake and respecting the people for you.

Beginning: Immediate withdrawal from the dam agreement is

Egypt technocratic group he was

Mamdouh Hamza's videos - especially the last ones - sparked a great interaction on social networking sites, which witnessed a wide spread of them, and questions about the truth of the information contained in them.

A number of observers also denounced the exaggerated patience of the Egyptian government over the Ethiopian unilateral actions in the issue of the Renaissance Dam, and demanded that the issue be resolved before it is too late.

Egypt agreed on a schedule for filling the El-Khrab Dam from Egypt's share of the Nile in 2018, and

Dr. Mamdouh Hamza publishes a schedule for filling the El-Kharab dam from the Egyptian people's share in the Nile..

The High Dam reservoir was abandoned in favor of Ethiopia on the pretext The Renaissance Dam is a reality.

Mamdouh Hamza has not been in the world for a long time,

oh engineering, who are you talking to?!

Pray for the Prophet like this and try to find the closest pilot to a country that respects your likes who are distinguished in their field.

And may God protect us.

Sisi did not sign an agreement declaring principles to build the Renaissance Dam or fill the reservoir at the time Ethiopia wanted, as we thought, Sisi deliberately signed the death of the Egyptian people. This is deliberate killing of the people

Indeed, the amount of anxiety and panic about the severe and humiliating consequences of the #Renaissance Dam is great and deep in the hearts of the sons of #Egypt, the elite and the general public,

It is noteworthy that Mamdouh Hamza was for many years an opponent of the authority in Egypt, since he participated in the sit-in by students of the Faculty of Engineering in 1968, and attended with the delegation that negotiated with the government and the late President Anwar Sadat at the time, and when he participated in the January 2011 revolution that ended with the ouster of President Muhammad Hosni Mubarak after 30 years in power.

Hamza also launched a broad attack on the Muslim Brotherhood during the rule of the late President Mohamed Morsi, and participated in the call for what he called at the time the "June 30 Revolution", which he described as the daughter of the "January 25 Revolution".

After his election as president of Egypt in 2014, Hamza launched a severe attack on President Abdel Fattah al-Sisi in more than one situation, including: the emergency law, amnesty for symbols of the Mubarak regime, and pardoning criminal convicts in exchange for keeping prisoners of conscience and symbols of the January revolution.

And last October, the Department of Terrorism, headed by Counselor Mohamed Sherine Fahmy, sentenced Mamdouh Hamza to six months in prison in absentia, on charges of inciting violence and spreading false news, with his inclusion on terrorist lists, because of a tweet he wrote 3 years ago, before he appeared later abroad.