Foreign media: Why is China's education level getting higher and higher? Pay attention to education investment and reform

Chinanews.com, June 13th. Russian satellite network on the 12th quoted the Lignum news agency to express concern about China's continuous increase in investment in education. According to the report analysis, China has a "clear understanding" of the importance of education. Nowadays, Chinese universities are among the best in the world university rankings, and they are becoming more and more att 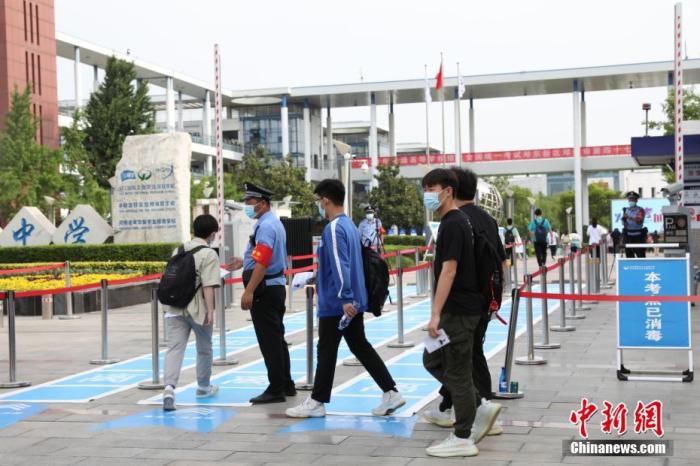 According to the report analysis, China has a "clear understanding" of the importance of education. Nowadays, Chinese universities are among the best in the world university rankings, and they are becoming more and more attractive to foreign students.

According to reports, China’s Tsinghua University and Peking University have been among the best in the Times Higher Education (THE) Asian University Rankings for the second consecutive year.

All this is due to continuous investment and reforms in education.

On June 7, the 2021 Chinese College Entrance Examination kicked off, with one million candidates from Henan Province, a major education province, "waving a pen" to start the exam.

The picture shows candidates from Zhengzhou entering the examination room.

Statistics from the Ministry of Education of China in 2020 show that China’s investment in education, including free nutritious meals and school upgrades, has increased at an annual rate of over 8% in the past three years.

According to the white paper "China's Practice in Human Poverty Reduction" released in April 2021, since 2013, 108,000 schools have been renovated and renovated across China.

This has greatly promoted the popularization of nine-year compulsory education in impoverished areas.

Olga Mashkina, an associate professor at the School of Asian-African Studies at Moscow State University, told the Russian newspaper: "In recent years, not only the economy, but also China's education system has made huge leaps. Chinese counterparts have achieved great success."

According to the report, during the "13th Five-Year Plan" period, China allocated nearly 750 billion yuan to support compulsory education.

Among them, 90% are invested in rural areas and have already begun to provide state benefits to children from poor rural families.

According to the "Russian newspaper", access to education has become the basis of social equality in China. China has always been soberly aware of the importance of narrowing the gap between urban and rural education resources and education quality.

Education in China is constantly reforming.

The report pointed out that since June 1st, China has legally forbidden to increase the burden on elementary and middle school students.

Irina Abankina, a professor at the Institute of Education of the Russian Higher School of Economics, said in an interview with the "Russian newspaper": "The Chinese government is very concerned about the current situation and restricts tutoring in order to return childhood to Chinese children."

Olga Mashkina pointed out: "According to international research on the quality of education, China's four provinces are world leaders in the understanding of mathematics, science, and complex texts."

The report pointed out that many Russian students often choose Chinese universities when deciding to study abroad.

Timur Mahmoudi, head of e-commerce development in the international market of Moscow Central Department Store and entrepreneur, said that it was studying in China that changed his life.

Mahmoudi said: "When I was young, nothing could predict that my career would go smoothly. I went to a regular school, but I did not study very well. However, now, I am 32 years old and live in Dubai, working on the work and projects I like. What makes such a leap possible? I would say this is China. China (study abroad experience) has fundamentally changed my life."