Euro: in Russia, the successful launch of Belgium - France 24

Euro: in Russia, the successful launch of Belgium Saint Petersburg (AFP) With a double from Romelu Lukaku, Belgium succeeded in its entry into contention in the Euro, with a victory full of control against Russia (3-0), Saturday in Saint Petersburg, at the height of its ambitions for the title. On the banks of the Neva, Roberto Martinez's men were frozen in a context that was not favorable to them. Less than three hours before the meeting, the 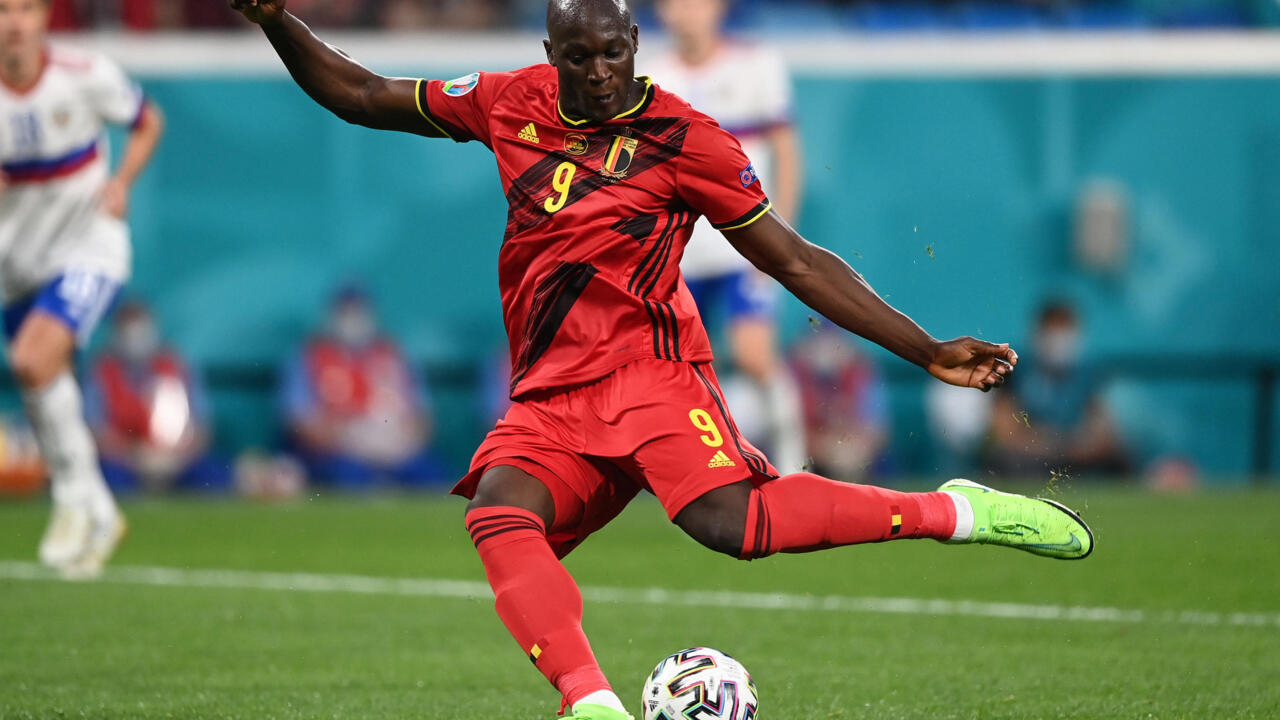 With a double from Romelu Lukaku, Belgium succeeded in its entry into contention in the Euro, with a victory full of control against Russia (3-0), Saturday in Saint Petersburg, at the height of its ambitions for the title.

On the banks of the Neva, Roberto Martinez's men were frozen in a context that was not favorable to them.

Less than three hours before the meeting, the discomfort in the middle of the match of the Danish Christian Eriksen, in Copenhagen, caused a huge shock wave in the football community, felt even in the Belgian locker room.

Forward Lukaku is his teammate at Inter Milan, while defenders Toby Alderweireld and Jan Vertonghen have rubbed shoulders with him at Tottenham ...

They are "very moved", their coach told RTBF before the meeting, but ready to play.

Deprived of their star Kevin De Bruyne, without Eden Hazard at kickoff, the Belgians also faced a hostile stadium, which whistled them when they put one knee to the ground in protest against discrimination, before the kickoff sending.

However, in spite of the contrary winds, on the ground, all went in the direction of Belgium, of a flawless solidity.

As a symbol, Lukaku was the hero of the evening, with a brace that launches him in the race to be the top scorer in the competition.

He opened the scoring (10th), following a huge error by defender Andrei Semenov, on the first Belgian opportunity of the match.

The Antwerp resident dedicated his achievement to Eriksen, with a loud "I love you" screamed at the cameras, echoing the enormous mobilization of support for the Dane, who was hospitalized in the evening in stable condition.

In the meantime, Meunier made the break (34th) by taking advantage of a new Russian clumsiness, this time goalkeeper Anton Shunin punching the center of Thorgan Hazard in the feet of the former Parisian, strangely alone.

The right-back had entered a few minutes earlier (27th), after the injury of Timothy Castagne, victim of a head-to-head shock with Daler Kuzyaev.

The Leicester player is said to be suffering from the cheekbone, according to Belgian television.

In Saint Petersburg, Belgium has shown clinical efficacy which could take it far in this tournament.

After Italy, dominating against Turkey (3-0) Friday in Rome, here is a second favorite holds its place.

Certainly, the Devils did not have to force their talent against a disappointing Russian team, rarely dangerous with the ball.

After the first day of group B, all the lights are green for Belgium, which will play Thursday in Copenhagen, against Denmark, to qualify for the knockout stages.

The expected return to the group of De Bruyne (facial fractures) and Axel Witsel (Achilles tendon) suggests the rise of a team that does not hide its ambition for the title.

One of the last questions concerns the form of Real Madrid star midfielder Eden Hazard, replacing at kick-off because he lacks pace, due to injuries that have rotted his season.

While he only played ten minutes during the preparation, the N.10 entered the 70th place in place of Dries Mertens.

His desire to make a difference with each of his ball catches recalled all the talent of the former Lille, who finished the meeting with the captain's armband, following the exit of Vertonghen.

Like his team, if he still needs time to regain his best level, at least he has gained the luxury of continuing to work in serenity.

Before going to St. Petersburg, it was not won.