Director of the Senior Citizens Department in the Community Development Authority in Dubai, Maryam Al Hammadi, told "Emirates Today" that some senior citizens panicked at the beginning of the pandemic, for fear of contracting Corona disease and losing their lives. 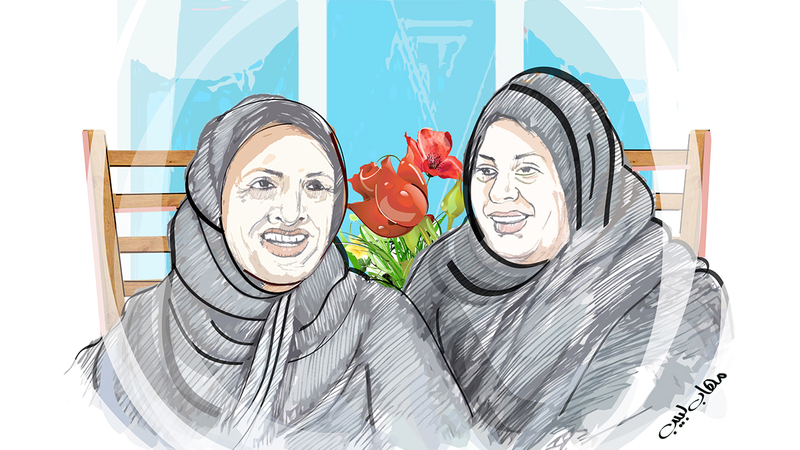 "Community Development" in Dubai used them to provide psychological support

Director of the Senior Citizens Department at the Community Development Authority in Dubai, Maryam Al Hammadi, told "Emirates Today" that some senior citizens panicked at the beginning of the pandemic, for fear of contracting Corona disease and losing their lives.

And she added that some cases deteriorated their psychological conditions to the point where it was difficult for their children and family members to deal with them, which necessitated the use of 14 specialized psychiatrists, who were following up their cases through virtual channels, and providing them with moral support through the "We Communicate and Protect" campaign, which was launched in cooperation with Dubai Police, to help them.

Al Hammadi confirmed that senior citizens registered in the authority’s system had overcome the difficulties they faced at the beginning of the Corona crisis, and the stability of their psychological condition, especially after the gradual return to normal life that allowed them to interact, leave homes and participate in activities.

She pointed to health and psychological problems faced by senior citizens at the beginning of the crisis due to staying at home, stressing that they were overcome by implementing a number of quick measures in coordination with the concerned authorities, raising awareness and diligent follow-up to them, in addition to training those around them and those who care for them on the proper methods in preventing infection. infection and dealing with their health and psychological status.

Al Hammadi revealed that the number of senior citizens (over 60 years old), who benefited from the authority's services, reached 8,324 this year.

She confirmed that the number of senior citizens registered in the “Waleef” home care program decreased by 50%, from 80 elderly people in 2018 to 40 elderly people currently.

She said that the new cases of senior citizens, which were recorded this year, amounted to 393 elderly.

The authority launched the program in 2013, targeting senior citizens who live in their homes alone because they do not have children or first-degree relatives.

She attributed the decrease in the number of senior citizens currently registered in the "Waleef" program to three main factors: The first is the integration of some few cases with their families and their move to live with them.

The second is the death of some cases that have been suffering from clinical diseases for years.

The third relates to the application of the empowerment policy that the authority applied to a number of senior citizens, which led to their rehabilitation and the ability to lead their lives outside the home normally.

According to statistical data issued by the Community Development Authority in Dubai, the number of members registered in Thukher Social Club is currently 200 senior citizens, males and females.

The club was opened on October 28, 2014 to present a set of daily activities, events and programs that deal with the cultural, social, recreational and health aspects of the lives of senior citizens, in order to enhance their integration into public life, benefit from their experiences and spend their spare time in an optimal manner to pursue their lives in a positive and ideal psychological and health condition.

The club was closed as part of the implementation of precautionary measures to limit the spread of "Corona", which necessitated the protection of senior citizens from all forms of gatherings.