Vaccines, issued by the ministry circular: AZ only for over 60s

The circular from the Ministry of Health states that for those under 60 "the cycle must be completed with a second dose of mRNA vaccine". There are about 900,000 Italians under the age of 60 who will have to make the recall 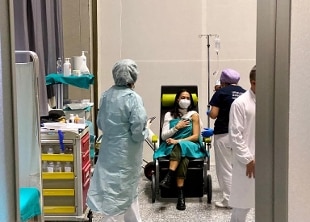 June 12, 2021 After the stop announced yesterday to the AstraZeneca vaccine for the under 60s, the circular of the Ministry of Health arrives, with the opinion of the CTS attached, which changes the vaccination campaign in Italy. "The Vaxzevria vaccine is administered only to people aged 60 or over (complete cycle)", reads the circular 'on Cts vaccini opinion update' signed yesterday by the general director of Health Prevention, Gianni Rezza, based on the opinion of Scientific technical committee.

"For people who have received the first dose of this vaccine and are under 60 years of age," it reads, "the course must be completed with a second dose of mRNA vaccine (Comirnaty or Moderna), to be administered to 8-12 weeks after the first dose ".

There are about 900,000 Italians under 60 who have had the first dose of vaccine with Astrazeneca and now they will have to carry out the booster with Pfizer or Moderna. The recalls, as has been clarified in the circular of the ministry of health, will be made respecting the time frame initially foreseen for Astrazeneca, therefore 8-12 weeks after the first dose.