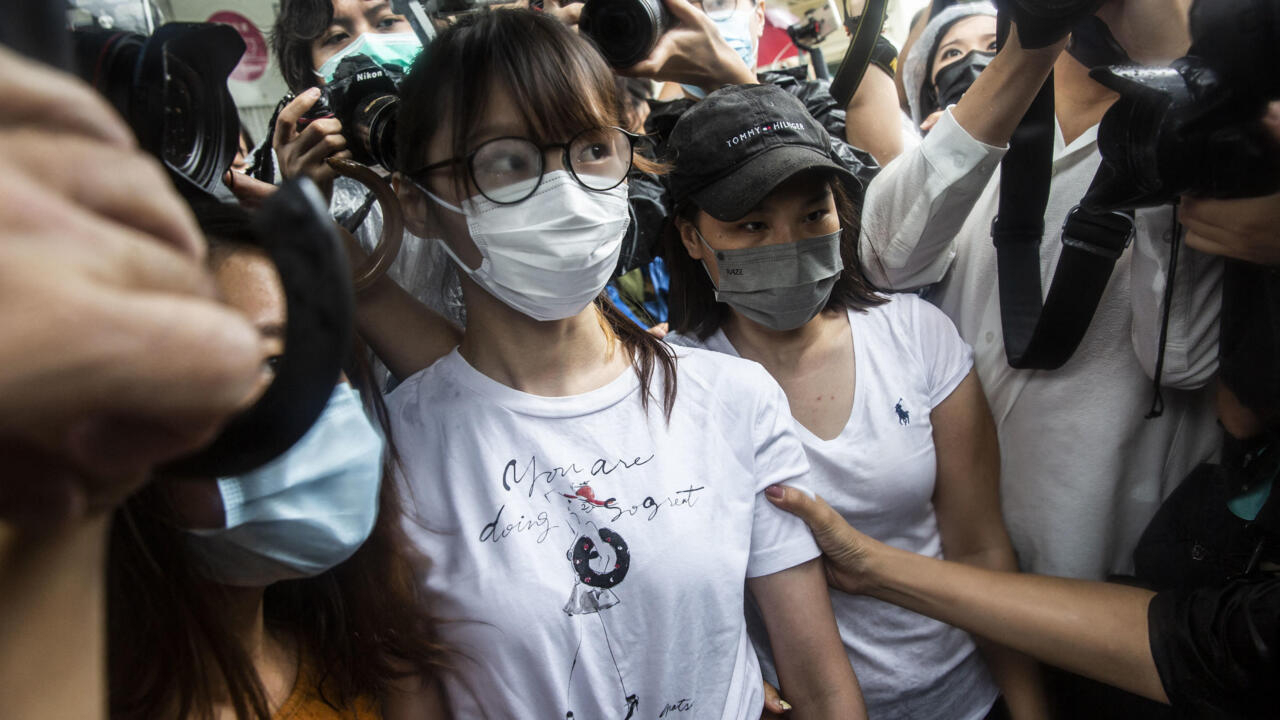 Agnes Chow, 24, has been released after spending seven months in prison for her role during the 2019 protests outside the police headquarters.

Expected by several journalists on her release from prison, she however made no comment.

His release comes two years to the day after the major demonstrations that had invaded the streets of the former British colony in defense of democracy.

On June 12, 2019, thousands of people surrounded the seat of the Hong Kong legislature in an attempt to prevent the passage of a

, including of opponents, to mainland China.

Some 2,000 police officers were placed on alert on Saturday as calls for demonstrations were launched on social networks to commemorate these demonstrations.

The authorities, however, maintained a ban on demonstrations decided to fight the coronavirus pandemic, although only three new contaminations were identified last month.

Many pro-democracy activists have been arrested and protest criminalized by new repressive laws imposed by the Beijing government.

To read also: Hong Kong: who is Agnès Chow, figure of the pro-democracy movement?

Two years ago, the brutal dispersal of these demonstrators by the police did not prevent a strong mobilization in favor of democracy for more than seven months.

The Chinese authorities had refused to give in.

, which resulted in the arrest of more than a hundred people.

Among them, Agnes Chow.

Dozens of them have been brought to justice, including

Most have not been granted bail and face life imprisonment if they stand trial.

On Friday, two activists from a pro-democracy group were arrested after being accused of calling for a banned rally.

The traditional vigil held each year in Victoria Park has been banned for the first time in 32 years.

Many Hong Kong people, however, have not given up on demonstrating by lighting candles or the light on their cell phones.

To read also: Tiananmen: one of the organizers of the vigil of remembrance arrested in Hong Kong

Hong Kong: who is Agnès Chow, figure of the pro-democracy movement?