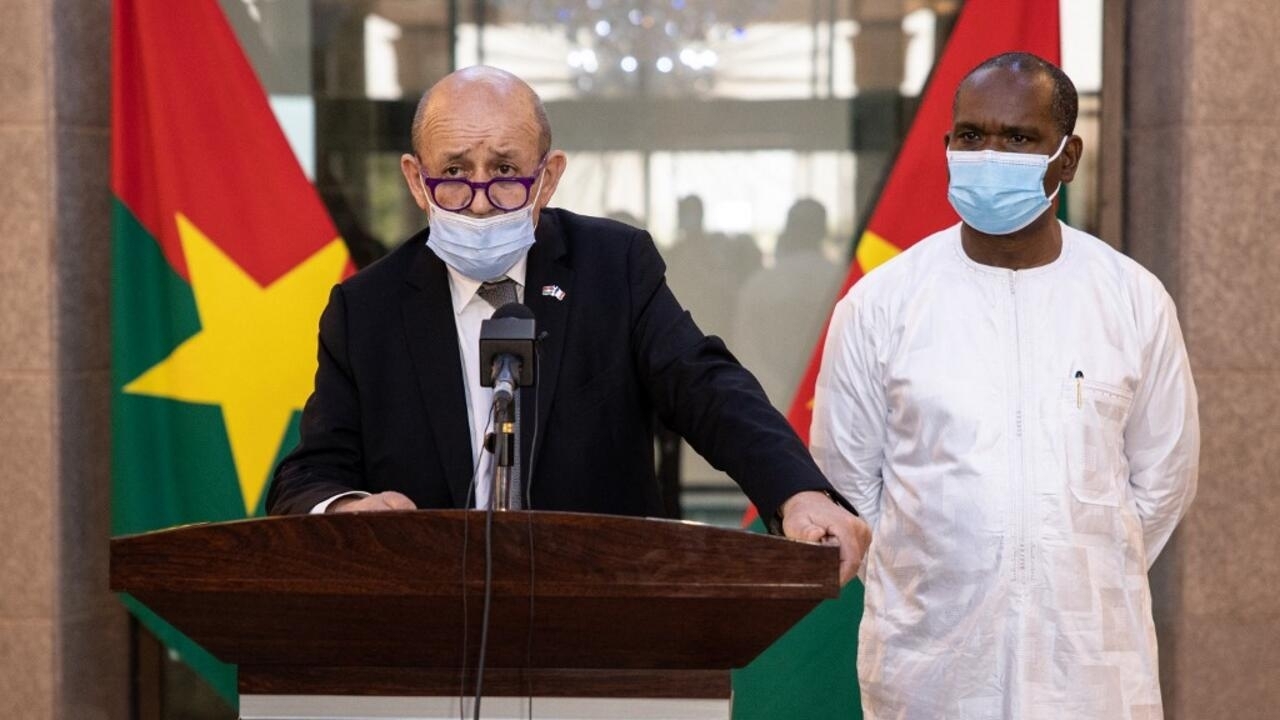 Following the attack on Solhan last week, the head of French diplomacy came to present France's condolences in the face of the tragedy experienced by the populations of Solhan.

He took the opportunity to give some explanations on France's new security policy in the Sahel.

Initially, this visit was not planned, but following the attack on Solhan last week, the head of French diplomacy came to present France's condolences to Burkina Faso after the attack on the rural commune of Solhan. “

I thought it was essential to stop here to present to President Kaboré the condolences of France, our empathy towards the Burkinabè people following this carnage that the population of Solhan experienced.

Following the announcements of the French president on the end of Operation Barkhane, Jean-Yves Le Drian reassures that the priorities remain the same in the Sahel, but the reconquest of the liberated territories is a civic and political burst of states.

With the renewed presence of the administration, educational, hospital and police services, in short, let the State take its place.

And there, it is indeed the responsibility of each State.

Who do it in general I believe.

Sahel: France wants to change its framework and strategy in the fight against terrorism

From now on, the French presence in the Sahel will be based on two axes, according to Jean-Yves Le Drian.

On the one hand, strengthen cooperation and support with African armies present on the ground, but also do so in collaboration with the training organization that we have set up at European level called EUTM.

The second pillar is to strengthen counterterrorism in all its forms with the backbone of the Takuba force.

According to the French Minister of Foreign Affairs, his country does not want to set up a military base in Burkina Faso, but to act with Burkinabè forces to fight terrorism.

To read also: Emmanuel Macron announces "the end of Operation Barkhane as an external operation"