Corona tops the work of the G7 summit, and expectations are to donate one billion doses of vaccine

The summit of the Group of Seven major industrialized countries kicks off in Britain later Friday, and the first day will be devoted to discussing recovery plans from the Corona pandemic, with expectations of pledging to provide one billion doses of vaccines for poor countries. 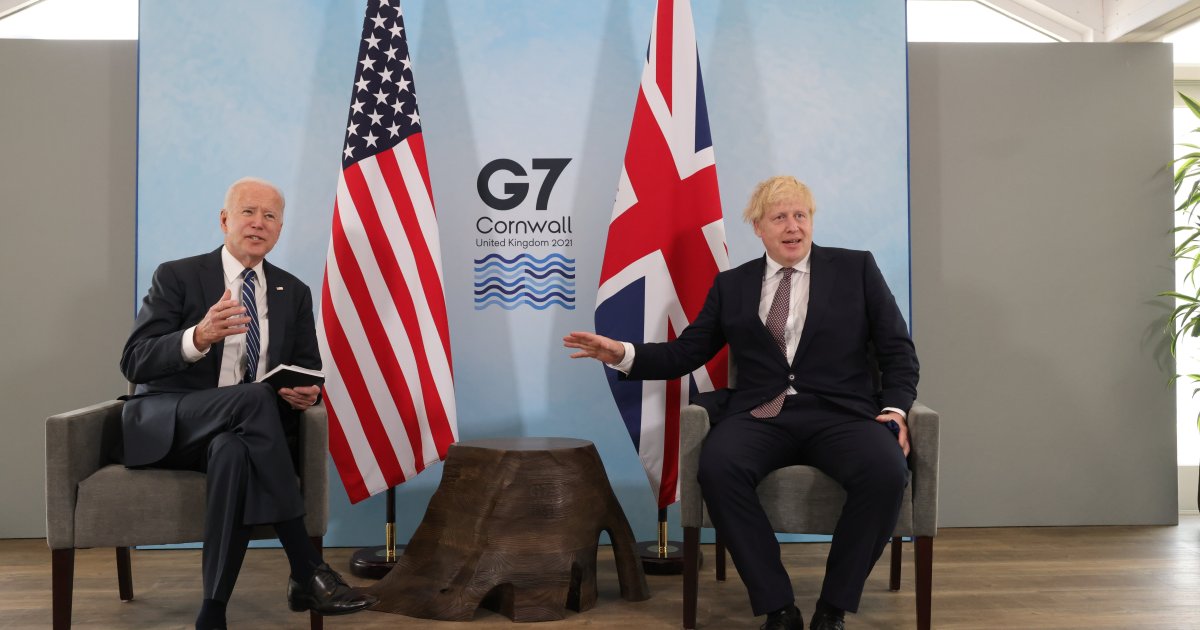 The G7 summit will kick off in Britain later Friday, and the first day will be devoted to discussing recovery plans from the Corona pandemic, with expectations that the group will pledge to provide one billion doses of vaccines to poor countries.

And the resort of Cornwall, southwest of England, will host the summit of the leaders of the seven largest economies in the world, the first summit in nearly two years, amid tight security.

British Prime Minister Boris Johnson said before the summit that his country would provide at least 100 million doses of its surplus vaccines to poor countries over the next year, including 5 million in the coming weeks.

After Britain faced criticism for its delay in making donations to poor countries, Johnson said in a statement yesterday: "As a result of the success of the UK vaccination programme, we are now in a position to share our surplus doses with those who need them."

He added, "It is expected that world leaders will announce at the summit that they will provide at least one billion doses of vaccine for the Corona virus to the world through a program to share doses and funding, in addition to developing a plan to expand vaccine manufacturing in order to achieve this goal."

About 80% of the vaccines will go to the COVAX initiative, which aims to ensure the equitable distribution of vaccines around the world, with the rest shared bilaterally.

This came hours after US President Joe Biden pledged to donate 500 million doses of Pfizer's vaccine to 92 poor, low and middle-income countries.

European Union countries also agreed to donate at least 100 million doses by the end of 2021, with France and Germany committing to provide 30 million doses.

And US Commerce Secretary Catherine Taye said yesterday that the Biden administration is working on several fronts to eliminate the pandemic, considering that this requires exceptional measures.

She added that those measures include donating 80 million doses of vaccine by the end of June, the other 500 million announced by Biden, and negotiations with the World Trade Organization to ensure limited intellectual property rights relief regarding vaccines.

The minister explained that this may take time given the complexities of the issues associated with this matter, and that the pandemic will not end until it is contained everywhere.

Germany, Britain and other allies of Washington, as well as business sectors in the United States, oppose loosening rules for compliance with intellectual property, but officials in the Biden administration say that this will help boost global production of Corona vaccines.