Tokyo Olympics: Samir Aït Saïd weighted with lead to hang gold on his rings Antibes (AFP) "I + farted + before leaving for London, I + farted + my leg in Rio, I'll go get this Olympic medal!": Despite disappointments and injuries, gymnast Samir Aït Saïd, specialist in rings, always dreams of Olympic gold and, every day, hoists himself in the air ballasted with lead. Five years ago, at the Rio Olympics, his Olympic hope was shattered at the same time as his tibia fibula 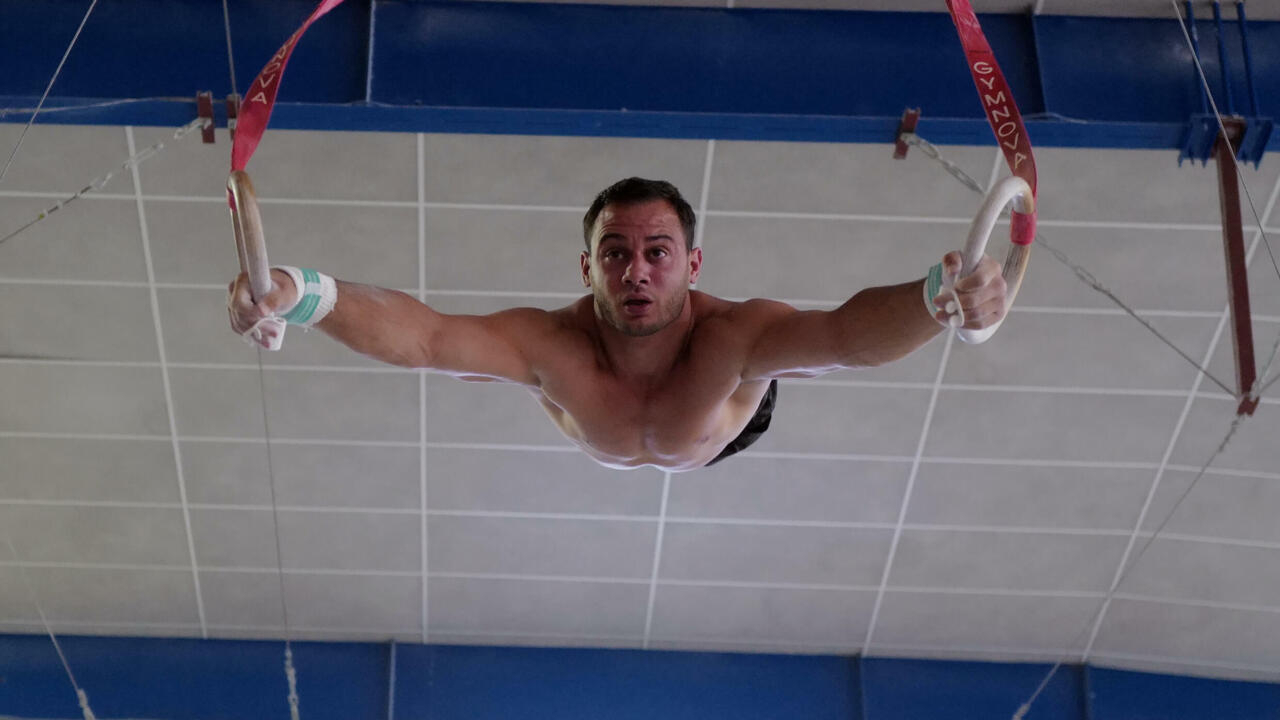 "I + farted + before leaving for London, I + farted + my leg in Rio, I'll go get this Olympic medal!": Despite disappointments and injuries, gymnast Samir Aït Saïd, specialist in rings, always dreams of Olympic gold and, every day, hoists himself in the air ballasted with lead.

Five years ago, at the Rio Olympics, his Olympic hope was shattered at the same time as his tibia fibula upon landing a jump.

A year and a few months later, he returned to competition.

The man has resilience.

"Resilient" and "tenacious", says his trainer since 2015, Rodolphe Bouché.

Because he had to be retyped after his injury in 2016. "Many have kind of buried me after Rio," he says, arriving at training, stroller in hand, with his partner and his two-month-old daughter. .

After years spent at Insep in Vincennes, Samir Aït Saïd returned in 2017 to train in this municipal gymnasium in Antibes, which does not look like much but where generations of French gymnasts have been trained.

Nice-Matin articles on the club star are pinned to the wall alongside vintage leotards bearing the "Antibes" logo.

There he rubs shoulders with gymnasts from the France pole such as Julien Gobaux, crowned French champion in the all-around competition at the beginning of June, but Aït Said has overlooked the "France", because he is saving himself for the Olympics.

In March, the tendon of one of his biceps cried for help, hence his absence from the European Championships at the end of April.

He resumed training slowly and uses a technique of blood occlusion, which allows the muscles to work "with lighter loads".

His trainer has just received equipment from Australia, which looks like a blood pressure monitor, to continue these work sessions.

The one-year postponement of the Games due to the pandemic?

"It left me more time to work", assures Aït Saïd, before starting a series of bodybuilding exercises, then putting on a weighted vest weighing three kilos.

"My bulletproof vest to be strafed by my trainer," he jokes mischievously, before balancing on the parallel bars and ... standing there still.

More weight on his shoulders while he himself is on a diet to drop ten extra pounds that had been grafted in recent months.

Restricted to 1,500 calories per day, under the control of an app, it has already gone from 78 to 69 kilos in a few months.

Every morning, he sweats either running, boxing, or practicing Brazilian jiu-jitsu.

"It makes me work on cardio, after I'm rinsed out," he says.

"There are sensations that I find in rings and in boxing, when your arms are paralyzed," he says.

He has been practicing combat sports since his early years.

Pinned to the cork board, the work program "3 Balandin, 3 Zanetti ..." Kezako?

"Figures named after the gymnasts who invented them", decrypts Rodolphe Bouché, who keeps a keen eye on his energetic 31-year-old colt.

"With Samir, every day is a first day," he says.

Between two bodybuilding exercises, which sometimes make him wince, Samir Aït-Saïd comes to talk to his daughter installed in the bodybuilding area, and also watches the European Disabled Athletics Championships, on his smartphone, informing the gymnasium of the performances the French.

The session ends with the rings, suspended more than 2.70 meters from the ground, weights of 15 kilos on each side as a counterweight.