At lunchtime on Thursday, it became - despite the sunny summer weather - a little less bright when the moon obscured some of the sun. SVT Nyheter Västmanland visited the Västerås Astronomy and Space Researchers Association and observed the natural phenomenon from there. - Solar eclipses have engaged people since ancient times. Then it was believed that God had his hand in the game, says Clas Lundberg in the clip.&nbsp; 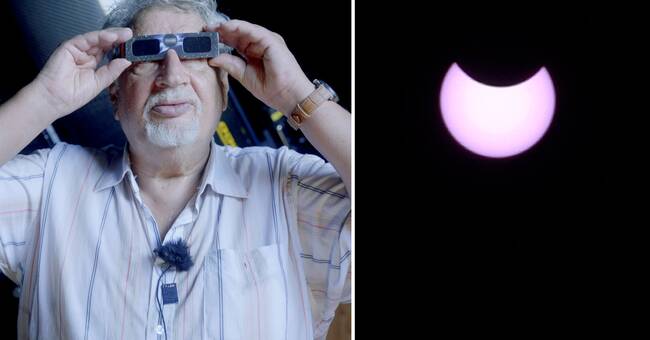 When we came to the observatory in Åkesta, there were many interested people there who wanted to take a look at the solar eclipse.

- The special thing about this solar eclipse is that it is ring-shaped.

The moon settles in front of the sun but only covers a small part of it because the moon is currently further away in its orbit, says Clas Lundberg.

In the clip, he also shows a sure way to be able to view the solar eclipse.