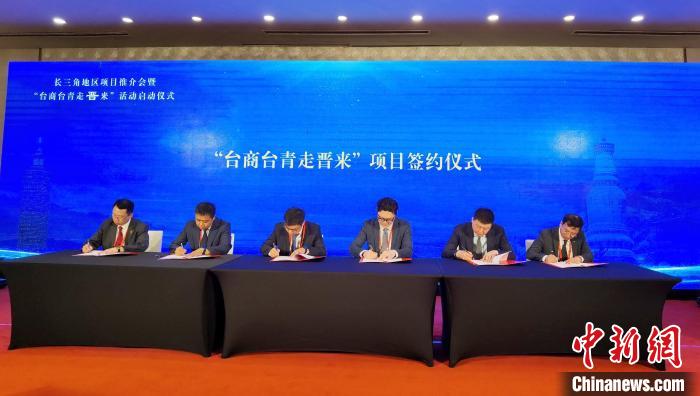 Lu Dongliang, Deputy Governor of the People’s Government of Shanxi Province, said that Shanxi attaches great importance to the exchanges and cooperation between Shanxi and Taiwan, and has introduced 68 specific measures to promote economic and cultural exchanges and cooperation between Shanxi and Taiwan to provide for Taiwanese businessmen in Shanxi to learn, start their own businesses, obtain employment, and live in Shanxi. In order to provide more convenient conditions, promote the construction of cross-strait industrial parks, cross-strait youth employment and entrepreneurship bases and demonstration sites, formulate Shanxi Province’s "Taiwan-related Parks Recognition Management Measures", set up Shanxi Province Cross-Strait (Gaoping) Industrial Parks, and lead the province’s With the construction of the Taiwan Park, the economic and cultural exchanges between Shanxi and Taiwan have become increasingly close.

Lu Dongliang pointed out that Taiwan has strong advantages in the fields of electronic information, ecological agriculture, finance and insurance, medicine and health, cultural and creative tourism in the Yangtze River Delta, and it also has a great fit with Shanxi’s priority industries. Investing in Shanxi There are many opportunities and broad prospects.

Shanxi will continue to uphold the concept of “One Cross-Strait One Family”, inherit the tradition of Shanxi businessmen’s honesty, create a strong atmosphere of heavy business, pro-business, safe business, and wealthy businessmen, and provide more efficient and high-quality services to the majority of Taiwanese and Taiwanese enterprises.

It is reported that the "Taiwanese businessmen and Taiwan youths are coming to the promotion" series of activities will be held in three stages from June to August.

This launching ceremony is the first stage; mid-June to mid-August is the second stage, for Taiwanese young Taiwanese compatriots to enter Shanxi, sightseeing inspections, and docking projects; mid-to-late August is the third stage of the event. In Taiyuan, Shanxi, the "Taiwanese businessmen and young people are coming to the promotion" conference was held to conduct a series of exchange activities such as project contract signing.

On the same day, the guests at the meeting reached a number of cooperation intentions. A total of 6 projects were signed on the spot, with contract funds of 8.9 billion yuan. The projects involved semiconductor materials, medical treatment, food manufacturing, real estate and other fields.

"The successful holding of this conference has played an important role in promoting a number of well-known Taiwanese businessmen and Taiwanese enterprises to invest in Shanxi, and attracting Taiwanese youths to come to Shanxi for employment and entrepreneurship." Li Jianhong, director of the Taiwan Affairs Office of Shanxi Province, said that the event will further expand Shanxi The exchanges and cooperation between Taiwan and Taiwan, especially promoting the development of Taiwanese businessmen and young people in the mainland to start businesses in Shanxi, promote the opening of Shanxi to the outside world, and add impetus and vitality to the high-quality transformation and development of Shanxi. (Finish)