There are currently long waiting times to renew their passports in many parts of the country. In some cases, you may have to wait until August for a break. - If you are going to travel this summer, it is important to book an appointment as soon as possible, says Per Engström, the police's national commander for corona. 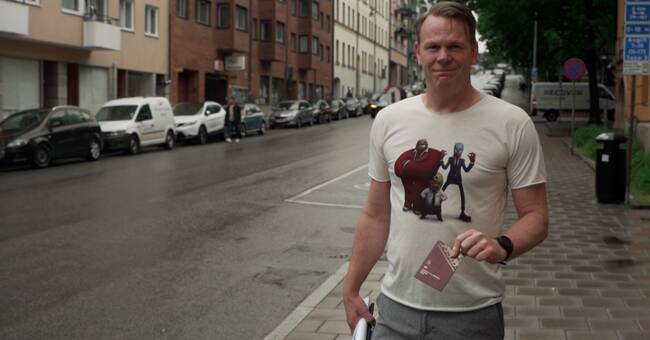 In normal cases, it should not take more than two weeks to get a time to renew your passport, but in many regions you may have to wait significantly longer than that.

The longest waiting times are right now in southern Sweden.

In the metropolitan regions, it can be expected that it will take between five and seven weeks to find a free time.

In the South and West region, you can also in some cases have to wait even longer than that.

In the East region, the waiting times are just over 3-5 weeks and in Bergslagen 2-3 weeks.

But in the northernmost regions North and Central, bookings are still in phase with up to two weeks of waiting times.

Many have postponed it

The reason for the great pressure is that many have been waiting to renew their passports during the pandemic in combination with the fact that there are fewer times to book due to infection control measures.

- We are currently missing half a million passport applications.

So there are half a million who have forgotten or for other reasons have not updated their passport because they have not intended to travel simply.

The police also appeal to those who do not have an immediate need for their passport to wait until after the summer to renew it.

- We hope that the queue times will not have to continue to increase without us being able to rectify the bookings by going out and informing as we do now.