The judges of the Constitutional Court of Ukraine blocked the work of the judicial body. They demand participation in the meetings of the suspended head of the instance, Alexander Tupitsky. 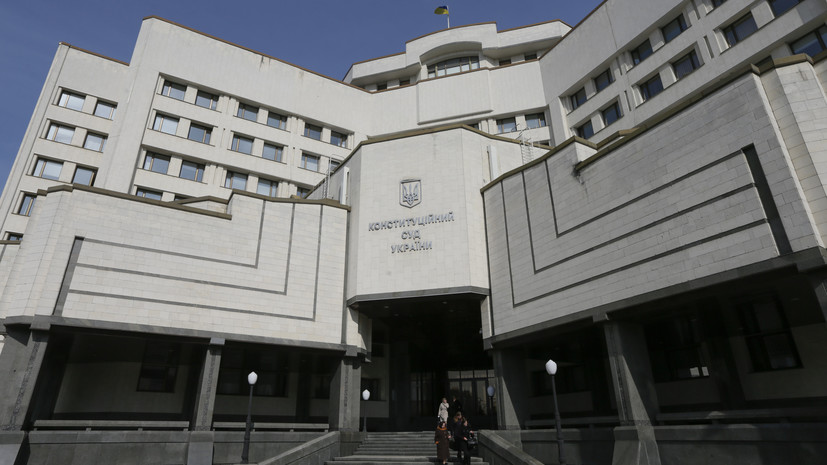 Olga Sovgirya, a member of the Servant of the People faction, announced this in her Telegram.

According to Sovgiri, "the only motive for blocking was the requirement to ensure the participation of Alexander Tupitsky in the court hearings."

This information is confirmed by the Interfax-Ukraine agency.

As it reports with reference to its sources in the KSU, the indicated judges are Viktor Gorodovenko, Irina Zavgorodnyaya, Viktor Krivenko, Alexander Litvinov, Sergei Sas and Pyotr Filyuk.

At the end of December 2020, President of Ukraine Volodymyr Zelenskyy signed a decree on the removal of Tupitsky from the position of judge of the Constitutional Court.

The Constitutional Court said that Tupitsky will continue to work, despite the decree on his removal.

At the end of January, Zelensky withdrew the bill on the deprivation of the powers of judges of the Constitutional Court of Ukraine for revision, and on February 26 signed a new decree to remove Tupitsky from office for one month.

On March 27, Zelensky canceled the decree appointing Tupitsky to the position of a judge of the Constitutional Court.