Good condition: the Ministry of Internal Affairs proposed to make the inspection of cars voluntary

The head of the traffic police Mikhail Chernikov said that the Ministry of Internal Affairs proposes to make the procedure for passing technical inspection of cars not mandatory, but voluntary. He noted that the drivers themselves are interested in the serviceability of their vehicle. According to the head of the traffic police, the procedure will remain mandatory for the vehicles involved in the transportation of people and goods. A day earlier, it became known that the State Duma in the second reading approved a bill that excludes the diagnostic card from the list of documents required for registration of OSAGO. 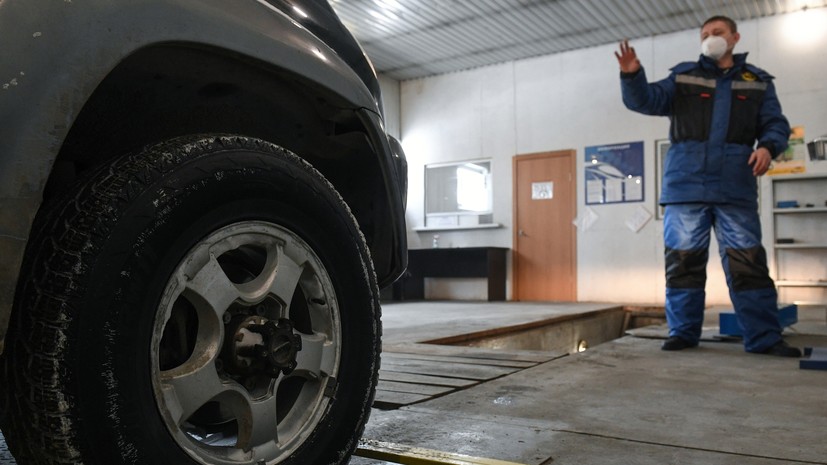 The Ministry of Internal Affairs has developed a proposal for a voluntary technical inspection for passenger cars, said the head of the traffic police Mikhail Chernikov.

"The Ministry of Internal Affairs has prepared proposals to the government of the Russian Federation on amendments to Federal Laws 170" On technical inspection "and 196" On road safety ", where it was proposed to make the procedure for passing inspection for personal cars not mandatory, but voluntary," RIA Novosti quotes words Chernikov.

The head of the traffic police noted that the drivers themselves are interested in the serviceability of their car, therefore, they must undergo a technical inspection voluntarily.

At the same time, technical inspection for drivers of cars involved in transportation, including taxis, as well as non-passenger cars, will continue to be mandatory.

“The initiative of the Ministry of Internal Affairs regarding the voluntariness of passing the technical inspection will enable car owners to assess the condition of their vehicle in comfort conditions, which in turn will allow in the future to reduce the number of accidents due to technical malfunction of cars,” said Chernikov.

The government of the Russian Federation also extended the validity of previously issued diagnostic cards (they are issued as a result of passing a technical inspection) until October 1, 2021.

As the press service of the government explained with reference to Prime Minister Mikhail Mishustin, motorists will not need to undergo a technical inspection, since the diagnostic cards they received earlier will be automatically extended.

Thus, the government saved the owners of the diagnostic cards that were in force at that time from the need to undergo technical inspection according to the new rules.

Recall that from March 1, a photographic recording of the procedure was introduced with the introduction into the electronic database of information about the coordinates of the location of the car at the time of the inspection, as well as the date and time of the beginning and end of its conduct.

According to media reports, a number of operators of vehicle inspection announced difficulties in connection with the transition to new rules of work.

Experts praised the initiative proposed by the head of the traffic police.

This, in particular, was expressed by the director of the National Public Center for Traffic Safety Sergey Kanaev.

“As a matter of fact, initially we were in favor of this, because it is possible to stimulate to undergo maintenance, but not to force.

You can stimulate with the help of OSAGO, for example, "the expert said in an interview with RT.

At the same time, he noted the importance of maintaining the inspection procedure for vehicles used in commercial activities.

“When a driver works, he may not care, he makes money.

Here he must be obliged to undergo a technical inspection, otherwise he may stop following the car.

And when the car is in private use, this is a completely different matter.

A man carries himself and his family, and he is not an enemy to himself, ”stated Kanaev.

Note that on June 9, the State Duma approved in the second reading a bill that excludes the diagnostic card from the list of documents required for registration of OSAGO.

The document proposed to exclude from the law "On compulsory insurance of civil liability of vehicle owners" the paragraph, which refers to the requirement to present a document on the passage of technical inspection.

At the same time, he asked a question about the work of the OSAGO system against the background of the changes proposed the day before in the field of compulsory insurance and technical inspection.

As the expert noted, the insurance company has the right to recourse.

“If you arrange an accident and cause harm to third parties, the insurance company will pay for OSAGO for you, even if you do not have a diagnostic card, but then it will demand all this money from you.

If we now cancel MOT and transfer it to a voluntary form, then the question arises, what will happen then in these cases, ”Kadakov said.

He recalled that the OSAGO system in Russia "grew" out of the need to receive compensation from a person who caused damage to someone.

“A person must understand that if he does get into an accident and it is admitted that he committed this accident due to a vehicle malfunction, then he must independently pay for all the damage to the injured party. - suggested the expert. - Here he will say: “The car is not mine. She is a brother-in-law. My income is five rubles, and I will pay you compensation for 120 years. " Here's how to do it - I don't know. But on a conceptual level, I support Chernikov. "