Euro: under Russian pressure, UEFA changes Ukraine's jersey Lausanne (AFP) On the eve of its kick-off, Euro football has its first diplomatic clash: challenged by Russian protests, UEFA ordered Ukraine on Thursday to remove from its jersey a slogan validated at the end of 2020 and finally deemed "political". "After further analysis", the words "Glory to our heroes" appearing "inside the collar" of the Ukrainian tunic is "clearly of a political nature" an 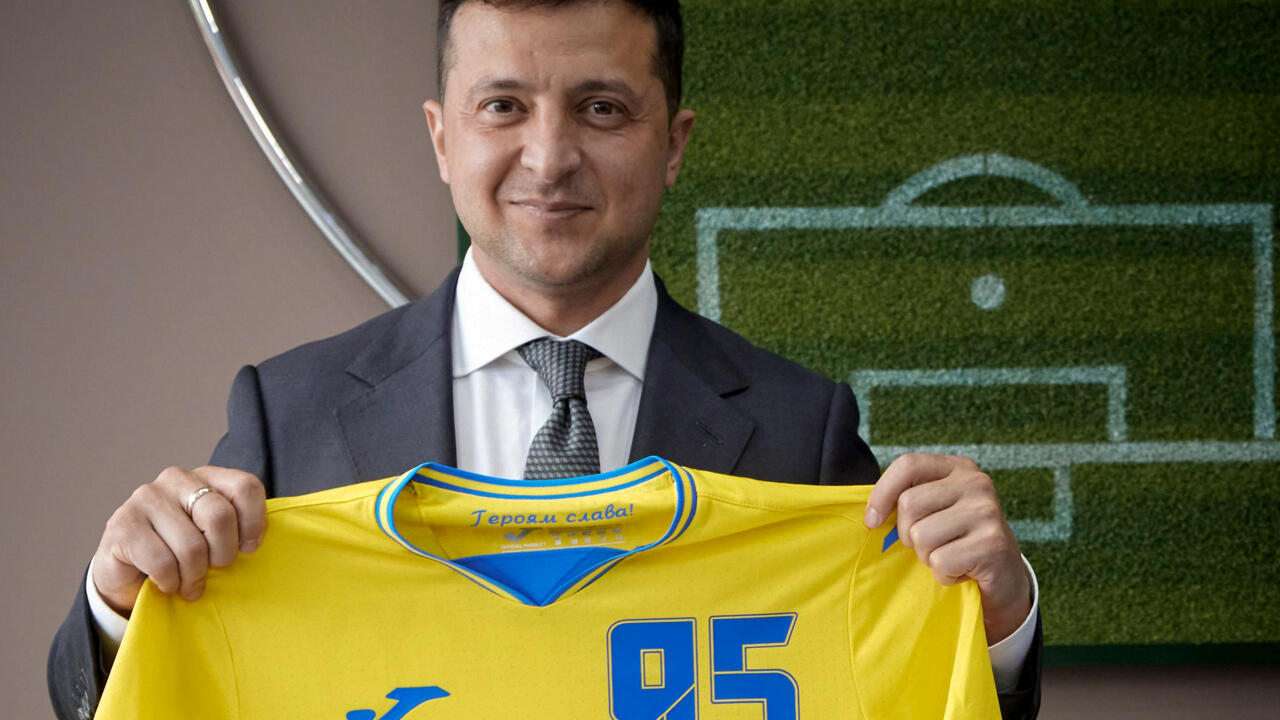 On the eve of its kick-off, Euro football has its first diplomatic clash: challenged by Russian protests, UEFA ordered Ukraine on Thursday to remove from its jersey a slogan validated at the end of 2020 and finally deemed "political".

"After further analysis", the words "Glory to our heroes" appearing "inside the collar" of the Ukrainian tunic is "clearly of a political nature" and "should therefore be removed (...) in view of the UEFA competition matches, "a spokesperson for the body told AFP.

Moscow, which raged since Monday against the Ukrainian equipment, immediately praised by addressing Ukraine: "Be sports heroes and you will have glory, it is thus and not with nationalist slogans that you will honor motherland, "Russian diplomacy spokeswoman Maria Zakharova told Telegram.

"Sport is not a battlefield, but of competition, it is not a political arena," she added.

The Ukrainian football federation, for its part, told AFP "to conduct negotiations to keep this slogan on the shirt, since UEFA had previously approved the kit and all its elements, including the phrase + Glory to the heroes +" .

In detail, the football body is far from meeting all Russian requests: it validates, for example, the map of Ukraine appearing on the jersey and including Crimea, which Moscow annexed in 2014, as well as territories from the east controlled by pro-Russian separatists.

"Considering that the resolution 68/262 of the General Assembly of the United Nations (...) recognizes the territorial borders as represented in this drawing, UEFA does not require any modification of this element", clarified the UEFA. to AFP.

In addition, the organization rejected the Russian protest targeting the slogan "Glory to Ukraine" on the front of the shirt, which "can be considered a generic and apolitical phrase", if we analyze it in isolation.

But the problem comes from its "combination" with the slogan "Glory to our heroes" added more recently inside the yellow and blue tunic, and which had "not been taken into account" when the body approved. Ukrainian equipment in December 2020, recognizes UEFA.

However the double formula "Glory to Ukraine! Glory to the Heroes", taken from a patriotic song, had become a rallying cry during the pro-Western popular uprising of Maidan, in 2014, which had ousted a president supported by the Kremlin, Viktor Yanukovych.

- Not before the quarters -

Moscow also associates these slogans with nationalist groups of the Second World War which fought the Soviets, and the Russian Football Federation had made these arguments Tuesday in a letter to UEFA.

"This specific combination of the two slogans is considered to be clearly of a political nature, with historical and militaristic significance," UEFA develops, ordering the removal of the only mention "Glory to the heroes".

On Tuesday again, Ukrainian President Volodymyr Zelensky wore the new tunic on Instagram after Russian criticism: "The new jersey of the Ukrainian football team is indeed not like the others. It can be shocking. It has several important symbols that unite the Ukrainians ", pleaded the head of state.

Ukraine are in Group C and will start their competition on Sunday against the Netherlands, before facing North Macedonia and then Austria.

Russia are in Group B, with Belgium, which they face on Saturday, Finland and Denmark.

Ukraine and Russia cannot face each other before the quarter-finals of the Euro.

Tensions between the two countries have been recurring since the coming to power of pro-Westerners in Kiev and the annexation of Crimea by Moscow in 2014, fueled by clashes in eastern Ukraine between government forces and the pro-Russian separatists.