Several nights during the month of March, Aram Auladi in Bergsjön was disturbed by loud music from a neighbor and called the landlord's emergency service. The guards who came did not manage to find the source of the loud music - and the landlord instead charged Aram for the calls. - I think it's really, really bad, says Aram Auladi. 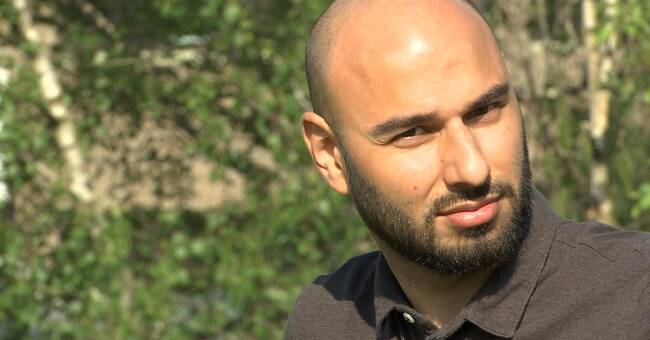 In the clip above, he talks about the process against Byggnadsbolaget Curt Lundahl & Co AB.

The magazine Hem & Hyra was the first to report on the case.

Aram Auladi has disputed two invoices of almost SEK 35,000 that he received from the landlord, with the help of the Tenants' Association.

The invoices concern seven calls made by guards during the month of March, after calls from Aram.

But according to the Tenants' Association, a landlord can not demand money from the person who is disturbed.

- It may be possible if it is stated in the lease that you have committed to it, but here it is not even stated in the agreement, says Kristina Styffe who handles Aram's case.

"Can not be interpreted in that way"

According to her, the construction company has referred to a clause in the agreement which reads: "The tenant is liable to pay for costs that arise in connection with disturbances or the like."

- But I do not think at all that it can be interpreted in that way, says Kristina Styffe.

should pay, not the person who is disturbed himself.

- If landlords were to use such terms in the lease agreements that tenants who call the emergency service may be charged, it would counteract the purpose of having a disruption emergency service.

Tenants would then not dare to call, says Kristina Styffe.

"Should call the emergency service"

That Aram has called seven times in a month, she also thinks is not something strange.

- I do not see that this would be an abnormal ringing.

The property owner has an obligation to ensure that the property is quiet, they must maintain a good living environment according to the Rent Act, says Kristina Styffe.

Hem & Hyra has asked four other landlords in Gothenburg how they handle such matters, and none of them invoices the person who has been disturbed.

The newspaper has also written about another person, who also received an invoice from the same real estate company for calling the emergency service.

Bostadsbolaget's switchboard, like several other people at the company, refers SVT's questions to CEO Susanne Bryngelsson-Lundahl.

But she has not returned.