RT channel reached the final of the prestigious international television competition New York Festivals in 23 nominations. The projects for the 75th anniversary of the victory in the Great Patriotic War, the "deepfake" promo for the presidential elections in the United States, RTD documentaries and other works of the TV channel claim victory.&nbsp; 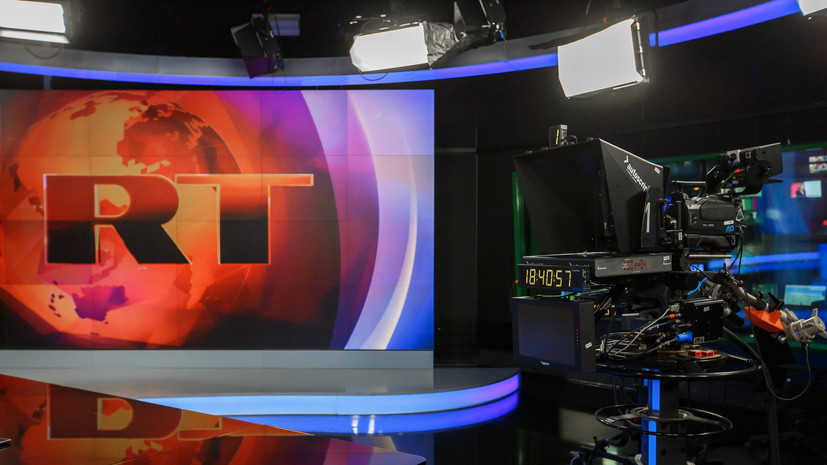 The video, in which RT recreated the historical snapshot of the hoisting of the Victory Banner over the Reichstag in 1945, became a New York Festivals finalist in the Documentary / News Program Promo nomination.

The documentary YouTube-series RT "The ABC of Victory: From Brest to the Reichstag" reached the final of the award in two categories: "Documentary" and "History and Society". The VR film RT "Lessons of Auschwitz", timed to coincide with the 75th anniversary of the liberation of the largest Nazi death camp Auschwitz-Birkenau (Auschwitz), is nominated for victory in five nominations. The video series "War: Children's Drawings in VR Animation" became a finalist in two categories.

RT special report in Spanish "Brumadinho: Pain, Sorrow and Despair" - on the causes and consequences of the catastrophic dam break in Brazil in 2019 - reached the final in the category "Documentary: Social Justice". In other categories, the RTD documentary “Life in a Box. Why in Hong Kong they live in cages instead of apartments ”, as well as short films“ The Berlin Experiment: Street Children in the Care of Pedophiles ”and“ How to Unleash Your Talent in Self-Isolation ”.

In the News: Analytics / Commentary nomination, RT America's News.Views.Hughes program, dedicated to the President's annual message to Congress, is nominated for victory.

The release of his author's program "Dennis Miller + 1" - in the final in the category "Entertainment Program: Interview".

The ironic video "The Green Threat", filmed for the 15th anniversary of RT, about how to "protect" yourself from the TV channel, reached the final of the New York Festivals.

The black and white video was shot on 16mm film and is made in the style of American civil defense training films during the Cold War.

Also in the final of the award - a "deepfake" promo for the US presidential elections in 2020, a promotional news broadcast, a graphic design for the In Question program on RT America and a video for the 150th anniversary of V.I.

Last year, awards were given to RT documentaries, augmented reality (AR) book of the multimedia social media project # Romanovs100 and other works of the channel.

In 2018, the # 1917LIVE project and the RT documentary about the lives of children during the war in Syria won the festival's highest award.

In 2017, RT reports from Libya and the documentary H2nOl won gold at New York Festivals.

Previously, the documentary "Blood Revenge" and the program of Julian Assange on RT received gold awards of the festival.