A police officer is seen holding a baby. An American man, who was running away from police checkpoints, threw his 2-month-old baby at the police and ran away to avoid a chase. 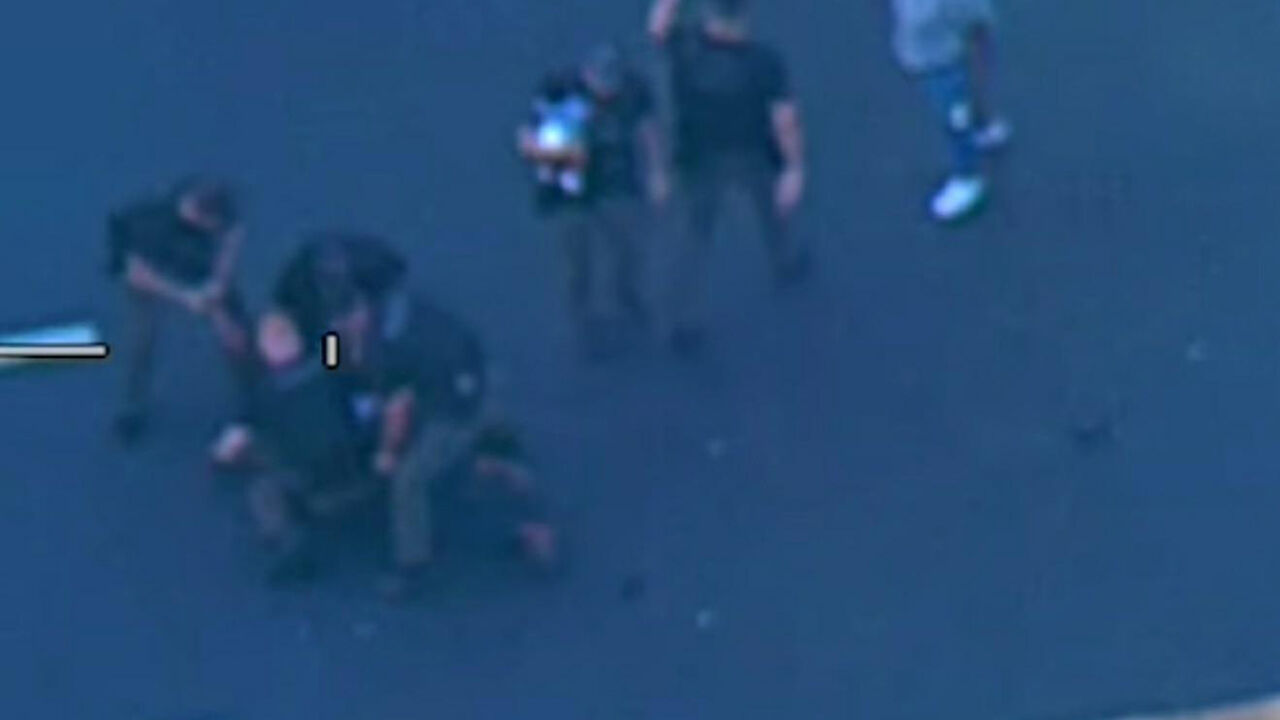 The scene where James is arrested.

A police officer is seen holding a baby.

An American man, who was running away from police checkpoints, threw his 2-month-old baby at the police and ran away to avoid a chase.

Fortunately, the baby was not injured by the police, but the man was caught after being pursued by other police and arrested on charges of child abuse.

According to the New York Post and local broadcaster CBS12 on the 10th, the Indian River County Police Department in Florida tried to stop a vehicle that did not go straight while crossing the driving line on the 26th (local time).

However, the driver, John Henry James, 32, did not follow police orders and fled.

The chase between James and the police started like this and lasted about 40 minutes.

In the process, James's vehicle collided with a police car and slammed into a road sign.

Entering an apartment complex, James got out of the car and started running as he was blocked by police cars everywhere.

At this point, he lifted his two-month-old son, who was riding it, over his head and threw it at the police officer who was pursuing him.

The police officer explained the situation at the time, "It was not thrown lightly. He threw a 2-month-old boy from a distance of 6 feet (about 1.8 m) strongly."

Fortunately, the policeman took the flying baby and the baby was not hurt.

James was eventually arrested in a nearby parking lot.

He had scars on his face and smelled like alcohol, police said.

James is currently in custody without bail on charges of child abuse, police assault and reckless driving.