According to Bloomberg, the Group of Seven will also commit to distributing one billion doses of the vaccine worldwide 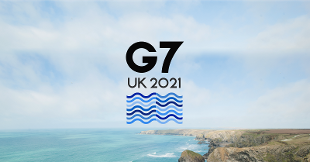 June 10, 2021 - G7 leaders, meeting tomorrow in Cornwall, will call for a new and transparent investigation by the World Health Organization into the origins of the coronavirus, according to a draft statement leaked ahead of the meeting.

A request initiated by Joe Biden's administration and which follows the decision of the US president to expand the American investigation into the origins of the pandemic, after all doubts about the possible escape of the virus from a Wuhan laboratory have not been dispelled.

One billion doses for global protection

According to Bloomberg, who reviewed the draft release, the G7 will also pledge to provide one billion extra doses of the Covid-19 vaccine over the next year to accelerate global protection against the disease. The move could disappoint aid agencies calling for the majority of the world's 8 billion people to be vaccinated, but the release will argue that the new commitment will dramatically increase the number of people in developing countries who will be offered a vaccine.

The communiqué is expected to be finalized on Sunday, following the planned three-day meeting in Cornwall, the Guardian recalls. At the 2020 summit in France, leaders abandoned the idea of ​​publishing a final list of commitments after then US President Donald Trump refused to sign.

According to Bloomberg, this year's release will also contain a commitment to address forced labor in global supply chains, including the solar and apparel sectors. In a clear message to the Chinese leadership, the statement will also force the leaders of the EU, the United States, Canada, Japan and the United Kingdom to take action against Beijing following the mistreatment of Uighur Muslims in Xinjiang.

Furthermore, among the commitments of the G7 leaders, there will also be to put an end to unnecessary trade restrictions on exports of vaccines against Covid, together with the commitment to switch to zero-emission vehicles and the promise of new financing to address the climate emergency. G7 leaders will also stress the need to ensure the long-term sustainability of public finances once the recovery is firmly established.

Finally, there will also be an invitation to Russia to confront groups conducting ransomware attacks from its borders, using virtual currencies to launder ransoms and carrying out other cybercrimes.