The Court of Instruction number 1 of Barcelona has incorporated the case opened by the so-called &amp; apos; Voloh &amp; apos; a report of the Civil Guard that puts in cloth of ... 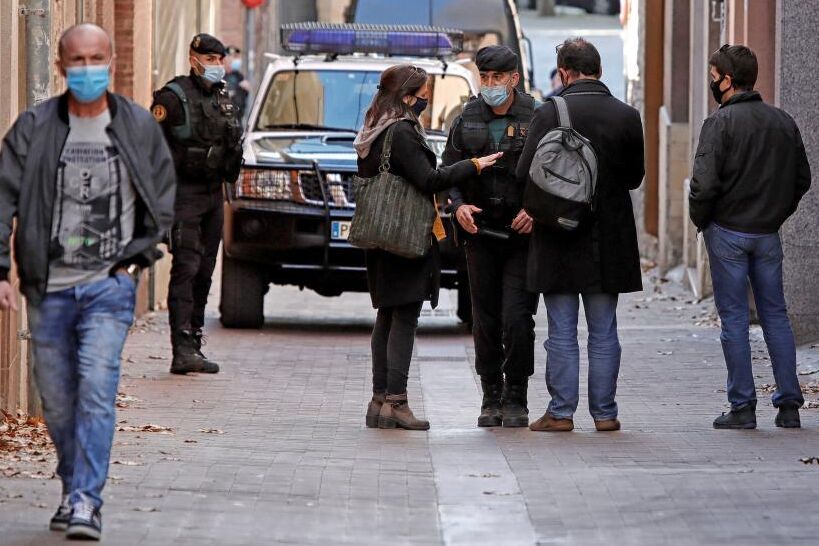 ERC's turn towards dialogue and negotiation. Among the information found on the mobile phone of former ERC officer Xavier Vendrell after his arrest last October, the agents

to overcome the defeat and frustration after not being able to complete the 1-O as well as a way out for the imprisoned sovereign leaders and those who are on the run. Police sources point out that this document is not dated.

Despite the fact that this 'road map' establishes that first we must re-weave the independence movement, both political and social, as a preliminary step to achieve a victory at the polls, having 51% of the votes, the truth is that so far only the second phase has been partially achieved. Sovereignty presents more cracks than ever with some parties at the head of the Government, ERC and JxCat, in a fragile balance to govern while the ANC and Ómnium have different mobilization strategies.

However, an electoral victory was achieved that was bordering 50%, taking into account the parliamentary representation, and with 74 deputies, despite the fact that they were not "plebiscitary" elections as indicated in the 'road map' that asked "to present an

ultimatum to the State and the international community

to negotiate a definitive political solution to the conflict. "

To "culminate" the document speaks of two scenarios.

One in which the international community intervenes, so there is a "agreed or imposed" referendum and an alternative, without external intervention, in which a "unilateral referendum" is called and "

if conditions permit "before" proclaiming the republic. "

Pact in Catalonia The route of JxCat and ERC towards independence: pardons and Referendum agreed with Pedro Sánchez