El Salvador on Wednesday became the first nation in the world to convert bitcoin into legal tender. An initiative, defended by President Nayib Bukele, and voted by Congress whose objective ... 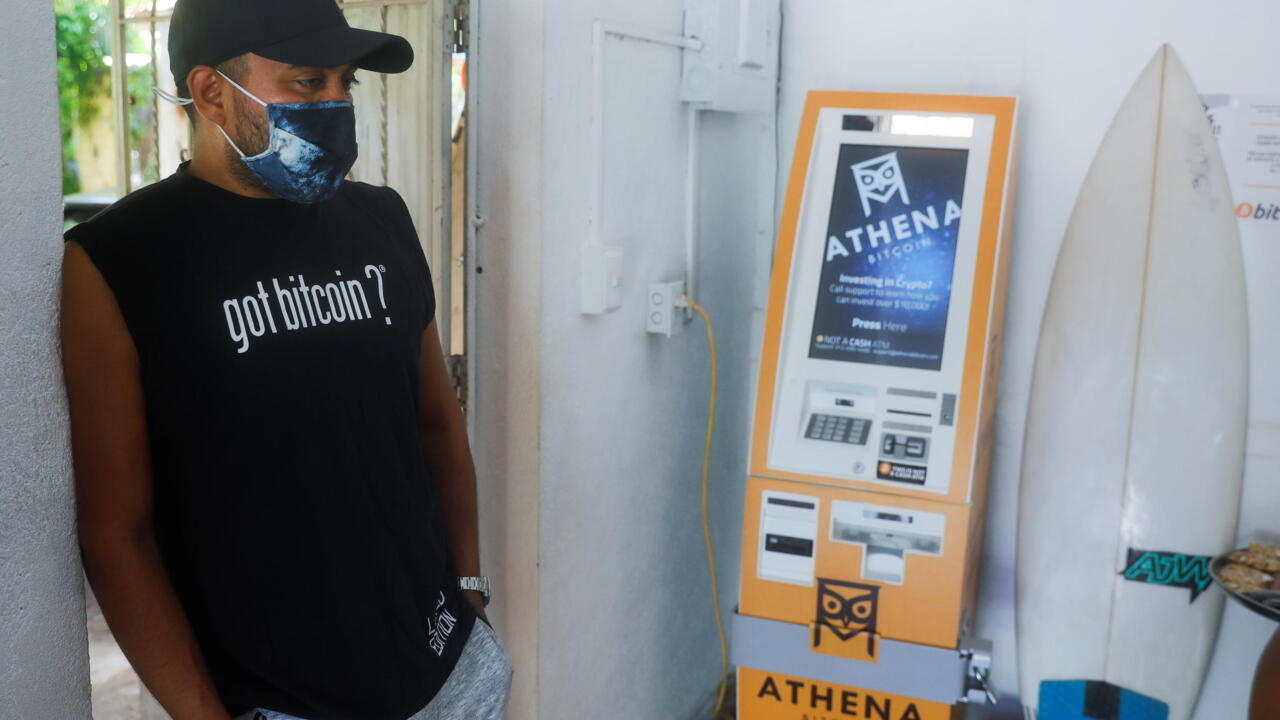 A bitcoin enthusiast waits next to a bitcoin ATM in Chiltiupan, El Salvador on June 8, 2021. REUTERS - JOSE CABEZAS

El Salvador on Wednesday became the first nation in the world to convert bitcoin into legal tender.

An initiative, defended by President Nayib Bukele, and voted by Congress, the objective of which is to boost the growth of this very poor Central American country.

The bitcoin law has just been approved by qualified majority

" by the legislature, President Nayib Bukele tweeted after the vote, calling the decision historic.

From now on, bitcoin will be used as legal tender alongside the US dollar, El Salvador's main currency.

Its exchange rate with the greenback will be freely established by the market.

Bitcoin will thus be used in all day-to-day transactions, from the purchase of real estate to tax contributions.

For the Salvadoran president, the virtual currency will help attract foreign investment and financial inclusion in a country where 70% of the population does not have a bank account and works in the informal economy.

For the 39-year-old leader, bitcoin will also facilitate the transfer of money from the Salvadoran diaspora by avoiding millions of dollars in fees and commissions.

These remittances are an important support for the economy of the country, they represent 22% of the gross domestic product (GDP).

In addition, the government hopes that with the officialization of bitcoin, the country will be less dependent on the US dollar.

Thirteen years after its creation, this is a new step for this virtual currency, which is however regularly criticized for its volatility and its illegal uses, even if recent examples have shown that the transparency of its network could also work against criminals.

Also listen: Africa and cryptocurrency volatility is increasing, so are the risks