An Asian driver contributed to the arrest of members of a gang that specialized in stealing gas cylinders from cafeterias and restaurants, when they called him without prior knowledge to transfer stolen gas cylinders to another area in Dubai. 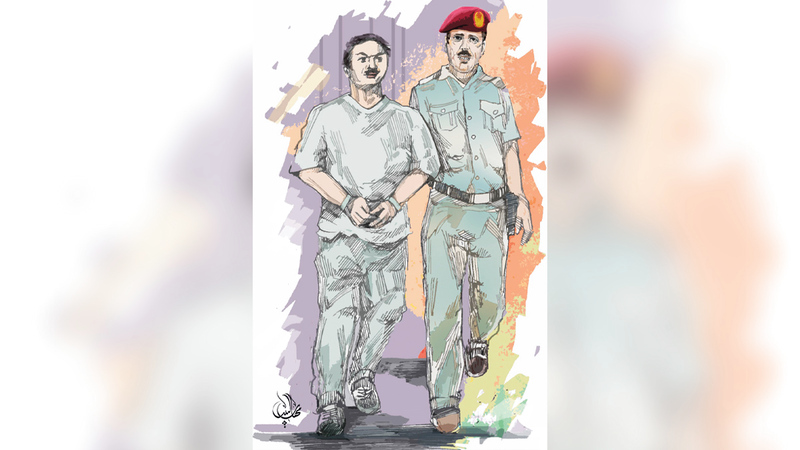 Dubai Criminal Court sentenced the accused to 3 months in prison

An Asian driver contributed to the arrest of members of a gang that specialized in stealing gas cylinders from cafeterias and restaurants, when they called him without prior knowledge to transfer stolen gas cylinders to another area in Dubai. He fled, but he did not surrender and caught the third with the help of another person. One of the fugitives was later arrested and referred to the Public Prosecution and from there to the Dubai Criminal Court, which sentenced them to three months in prison and deportation.

The driver said in the investigations of the Public Prosecution that he was at his home around three in the morning, and he received a call from an Asian person informing him that he had goods he wanted to transport, and he replied that the time was not right, and closed the line, but the same man called him again at six in the morning, so he went to him with his truck He was accompanied by one of his friends, and two other people were with the accused, and they asked him to transport nine medium-sized gas cylinders, but he refused with the justification that transporting these cylinders is prohibited, but they insisted and even loaded the cylinders themselves, and two of them rode with him in the back seat of his car, while the third left.

The driver added that he suspected them because their behavior was suspicious, so he called the police, and when the two suspects felt this, they took advantage of his standing at a traffic signal and got off the car, but he followed one of them with the help of his friend and they managed to catch him until the police attended.

For his part, a Dubai Police witness said that he moved to the Al-Balagh site after receiving a call about a problem in the Eyal Nasser area, and it was confirmed that the driver was suspicious of the suspects, who contacted him to transport gas cylinders, which later turned out to be stolen from cafeterias.

He added that the arrested suspect was in a state of fear and confusion upon his arrest, and denied his participation in stealing the cylinders, pointing out that the fugitive suspects asked him to help them load the cylinders into the car.