Coronavirus: Biden to promise 500 million vaccines for poor countries Washington (AFP) The United States will announce Thursday the donation of 500 million anti-Covid vaccines to poor countries, while the WHO has warned that the level of vaccination in Europe was insufficient to prevent a resurgence of the pandemic. President Joe Biden, on trip to UK, to announce purchase of 500 million doses of vaccine from Pfizer / BioNTech to donate to other countries in need, 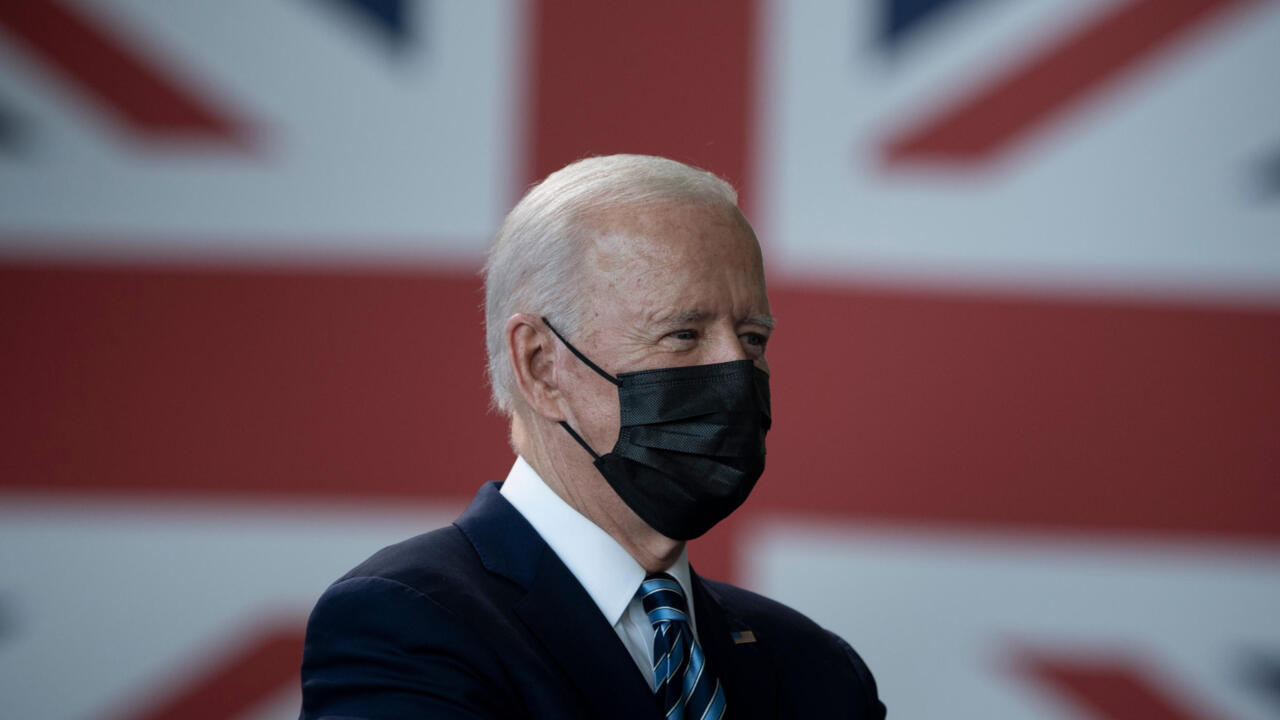 The United States will announce Thursday the donation of 500 million anti-Covid vaccines to poor countries, while the WHO has warned that the level of vaccination in Europe was insufficient to prevent a resurgence of the pandemic.

President Joe Biden, on trip to UK, to announce purchase of 500 million doses of vaccine from Pfizer / BioNTech to donate to other countries in need, White House said Thursday .

"This is the largest vaccine order and donation made by a single country and a commitment by the American people to help protect populations around the world against Covid-19," said the US executive.

These vaccines will be distributed "to 92 disadvantaged countries" through the Covax system, set up to ensure equitable distribution of vaccines.

They will start shipping in August, with 200 million doses delivered by the end of the year.

The other 300 million will be delivered by June 2022, the White House said in a statement.

Joe Biden is due to make the announcement in the United Kingdom where he will participate in particular at the weekend at the G7 summit in Cornwall, where the management of the pandemic will be at the top of the agenda.

The United States has come under heavy criticism for delaying sharing its vaccines.

But with nearly 64% of American adults having now received at least one dose, the White House is now trying to position itself as a leader in the planetary fight against the pandemic, which has killed more than 3.75 million people, including nearly of 600,000 in the United States.

As rich countries have taken vaccines by storm, Covax is failing to operate at full capacity.

As of June 4, the device had delivered more than 80 million doses to 129 countries and territories, far less than expected.

Thus Tunisia, which received only 1.6 million doses of vaccines for 12 million inhabitants, needs more vaccines "without delay" to revive its activity, declared its Prime Minister Hichem Mechichi on Wednesday.

"The pandemic has accelerated inequalities" between countries, he noted after a meeting in Geneva with the head of the WHO, Tedros Adhanom Ghebreyesus.

"There is a problem of equity (on access to) vaccines at the global level. Those who could share do not," admitted the latter, calling on G7 countries to give 100 million doses to disadvantaged countries. in the next two months.

The European Parliament, in disagreement with the European Commission, voted on Thursday for a temporary lifting of patents protecting vaccines against Covid-19 in order to develop their production and "improve global access to affordable medical products".

In Europe, 30% of the region's population has received a first dose of vaccine and 17% are fully vaccinated.

Yet "vaccine coverage is far from sufficient to protect the region from a resurgence," WHO European director Hans Kluge warned Thursday in an online press conference.

To the ravages of the disease are added the catastrophic consequences for the economy of the poorest countries.

So, according to a UN report released Thursday, nine million children are at risk of being forced to work because of the pandemic, adding to the 160 million who are already forced to do so.

Children in school have suffered for their part from distance education, noted for its part the European Agency for Fundamental Rights (FRA).

And women have been "disproportionately affected", whether in terms of employment, work-life balance or their health, due to their high representation in so-called "essential" sectors, according to his report.

Many rich countries are returning to a semblance of normal life as the epidemic recedes thanks to vaccination.

Almost total stop of the compulsory wearing of the mask from June 14, bars and restaurants open until midnight on June 11, more public for Euro football: Denmark announced on Thursday the final stages of its plan to lift restrictions anti-Covid 19.

This provides for the total lifting of restrictions on October 1 and the disappearance of the health passport required for certain activities.

"All that we missed, we will be able to do it because we have an important control of the epidemic", underlined the Minister of Health Magnus Heunicke.