The Riksbank scores the target shows today's inflation figure. Still, inflation is the big fear now, not least on the stock market. Because even though most people do not see any rampant inflation in the future either, there is an unusual amount that risks not going according to plan. 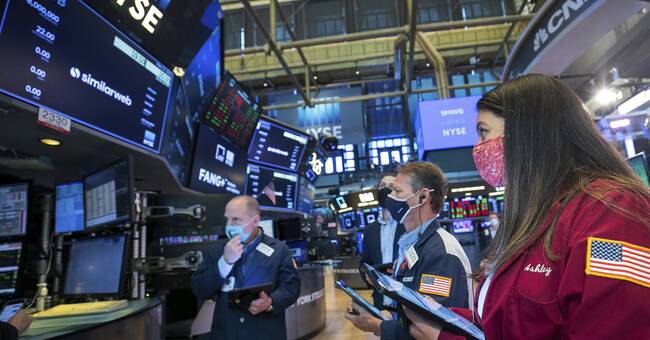 It had sounded like an unattainable dream for both the Riksbank and the Minister of Finance 30 years ago.

By then, inflation had recently been in double digits, the krona defense had fallen, and the Riksbank was given the task of keeping inflation at two per cent, only with the interest rate weapon.

What no one had expected was that inflation, rather than running away, would eventually disappear with full force.

The big problem has been to bring inflation up to two percent.

This is what explained the Riksbank's experiment with a negative interest rate for five years, which has now risen to zero interest rates.

So, really, it's just good that prices are rising a bit now.

In addition, part of the rise is temporary, as compared to the corona crisis spring of 2020.

The inflation problem in the United States

The Riksbank also does not expect to have to raise interest rates to counter inflation over the next three years.

The Riksbank's survey of various players in the labor market and financial markets, which was published yesterday, shows that they also do not believe in any significant inflation in the next few years.

But still we have a big inflation problem, and it's about the United States.

In the United States, too, the central bank does not believe that inflation will pick up permanently.

But in April it still rose to 4.2 percent.

The maize figure is expected to be even higher.

In the USA, both the central bank and the government have taken in significantly more corona support than in Sweden.

It has fueled demand and the economy, and it has also pushed up the stock market.

Still, the central bank continues to send new money into the system, $ 120 billion a month.

And the president is doing his best to push through another gigantic stimulus package, this time regarding infrastructure investments.

Despite the fact that the economy is in full swing, it is not possible to just withdraw the support but to continue.

It could create chaos in the financial markets.

But if they remain for too long, it can fuel inflation more permanently.

Fears about it have caused long-term interest rates in the US to almost double.

If interest rates rise more than they have already done, there is a great risk that it will trigger a stock market crash.

On the one hand, fixed income investments become more attractive in relation to equities, and on the other hand, future profits in listed companies are automatically lower valued when higher interest rates are included in the calculations.

In Sweden, the inflation rate, ie prices compared with a year ago, has fallen in May compared with April, according to current statistics.

Apparently it is vegetables and flight charters that have become cheaper in the last month.

Air charter prices are probably quite difficult to assess seriously because it was not flown at all in May last year and hardly at all now either.

Increased prices include electricity and fuel.

But fuel prices have risen sharply because compared to last spring when oil prices plummeted.

Overall, the situation is quite difficult to assess in terms of consumer prices.

If all economies that are on high pressure thanks to corona support continue to do so, if commodity prices continue to rise, and there is also a shortage of semiconductors so that production is limited, and demand thus exceeds supply, then inflation may become a headache faster than central banks hope, which then forces interest rate hikes.

But as a private person, you still have greater reason to worry that inflationary trends will cause a stock market crash, than that they would drive up mortgage rates.