Putin: it's ridiculous and stupid to call Russians a non-indigenous people of Ukraine

To speak of Russians as a non-indigenous people in Ukraine is not just incorrect, it is ridiculous and stupid, said Russian President Vladimir Putin, commenting on Ukrainian leader Volodymyr Zelensky's draft law on "the country's indigenous peoples." The head of state also called Kiev's initiative "a powerful and serious blow to the Russian people as a whole," to which Moscow cannot be indifferent. 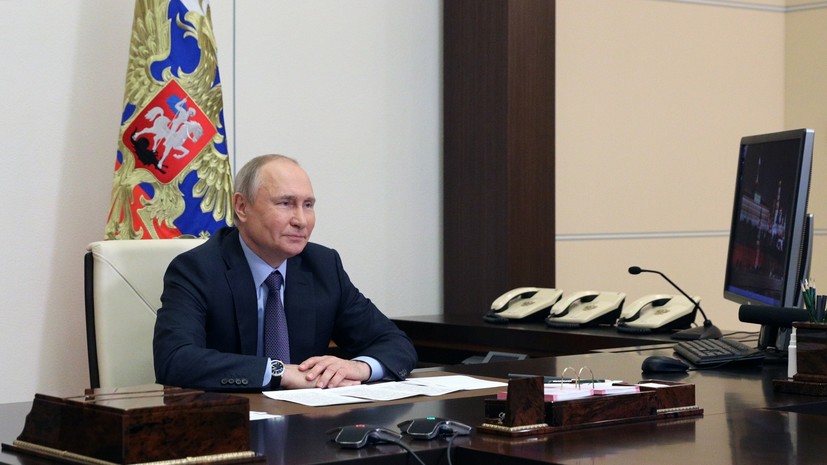 He spoke about this in an interview on the air of the TV channel "Russia 24".

According to Putin, he is negative about the idea of ​​the Ukrainian authorities.

“In itself, the division into indigenous, first-class categories of people, second-class, and so on - this is definitely quite reminiscent of the theory and practice of Nazi Germany.

But what about people with mixed blood? "

Putin recalled that Ukraine has become "a product of the Soviet period."

“The Bolsheviks, organizing the Soviet Union, created, among other things, union republics and the Ukraine.

It can be recalled that these territories became part of the Russian state or the process of their reunification with Russia began in 1654 after the Yaroslavl Rada.

And then those people who lived in these territories, and these are, in today's language, three regions, and so these people considered and called themselves Russian and Orthodox, "- said the President.

On May 18, Zelensky submitted to the Verkhovna Rada a draft law "On the indigenous peoples of Ukraine", which defines as indigenous Crimean Tatars, Karaites and Krymchaks.

As indicated in the draft law, the indigenous peoples of Ukraine have the right to self-determination, the establishment of their political status, as well as the free implementation of economic, social and cultural development.

The State Duma adopted a statement condemning the non-inclusion of Russians in the list of indigenous peoples of Ukraine.

According to Russian Foreign Ministry spokeswoman Maria Zakharova, the adoption of such "marginal laws" strengthens Ukraine in "nationalist and neo-Nazi positions."