Mila Ximénez does not give up after a year fighting cancer

12 months ago Mila Ximénez told that she had cancer. Since then, and always supported by her brothers, her daughter and her friends, the collaborator has faced the disease and ... 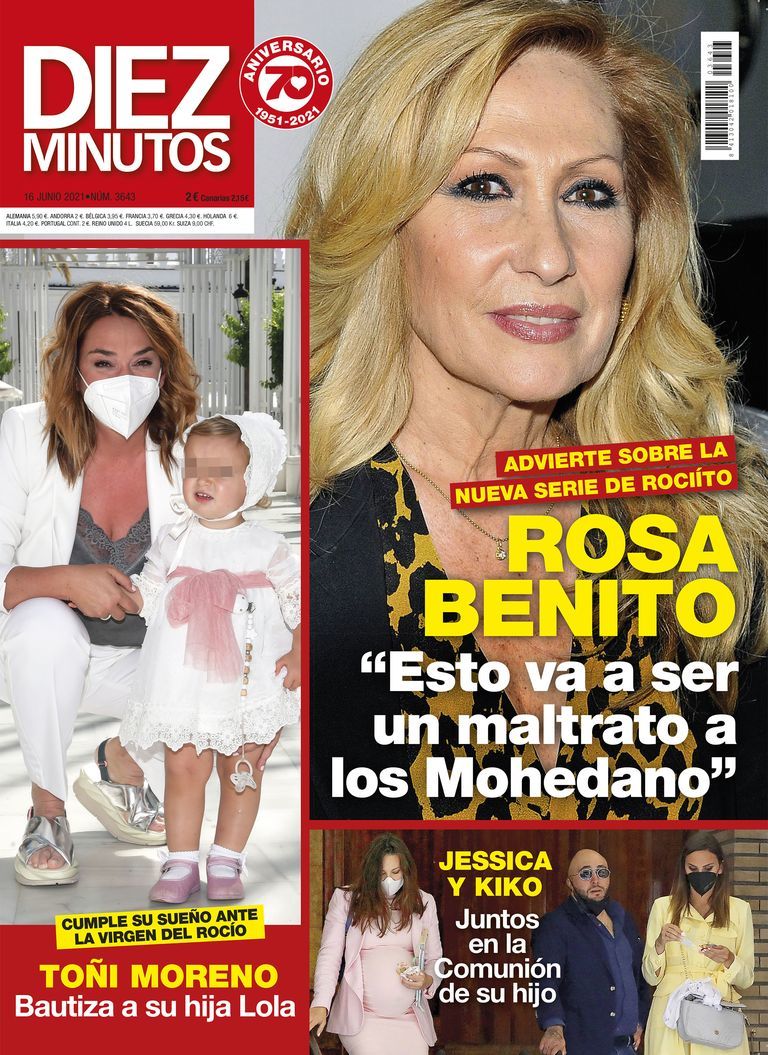 told that she had cancer.

Since then, and always supported by her brothers, her daughter and her friends, the collaborator faces the disease and the harsh treatment with positivity, encouragement and hope.

"I have sworn to my daughter that I am not going to go and I cannot go! She needs me very much! I have never failed her an oath and for her it is worth everything! This is what I get out of!"

, the same one that today dedicates its cover to him.

His daughter Alba, by the way, comes and goes from Amsterdam, where she lives with her husband and two children.

The Mohedano, on alert

the beginning of the second season has been announced.

will talk about her mother's family, that is, the

if this is going to be "media abuse" against the clan.

"She has made these chapters that we have seen complaining that she has been an abused person in every way.

, because all that for me is, let's see what what's up, "commented the former sister-in-law of Rocío Jurado in

, a Telecinco space where she works.

Carmen Borrego, injured and on the beach

suffered a rib sprain on stage a few days ago, after a joke made by a

It's only really been "screwed up" for a couple of days.

In fact, the collaborator has gone to the beach for a few days, to Alicante, in the company of her husband,

I have not wanted to say anything to anyone because they say that I will later become a victim.

I have had a small problem, a sprained floating rib that had sunk a bit.

I have spent two days annoyed, but I'm fine now. a few days out to rest, "he declared.

suffers a love disappointment, she goes to Paris, to an apartment she owns in one of the best areas of the city.

He did it years ago after his break with

then after ending her relationship with

and now after ending her courtship with Luis Gasset.

, disconnection ... Here I read, do things ... And I'm super good", the designer told the aforementioned magazine.