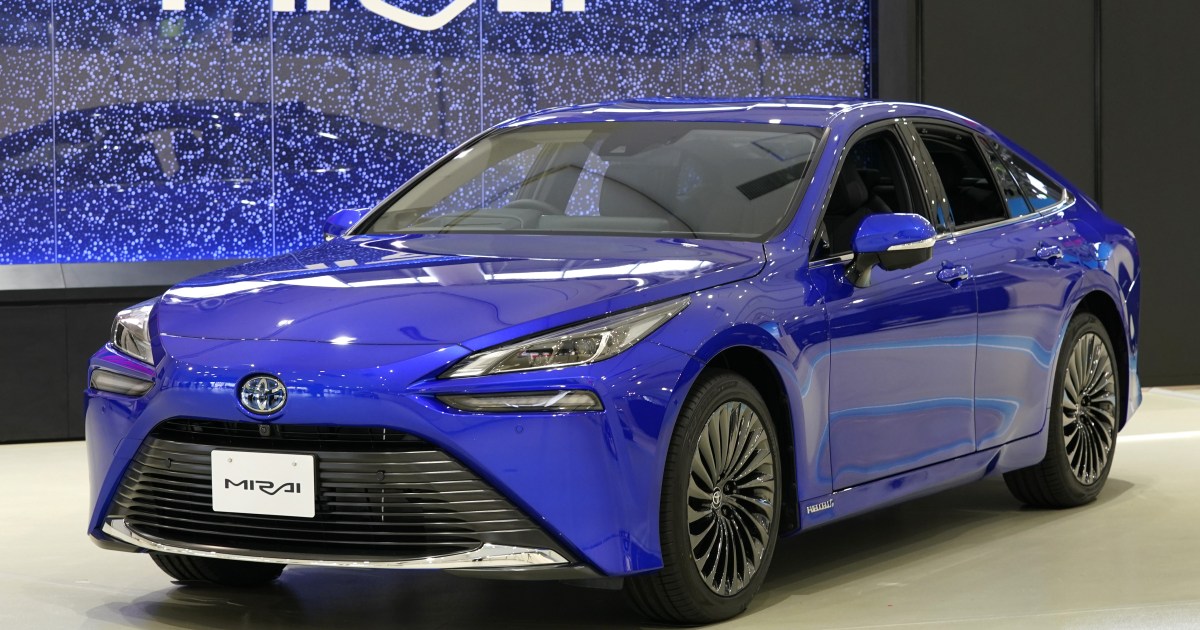 Yes, a thousand kilometers is definitely a new record, as there is no car in the world - whether it is electric, hybrid, hydrogen, or even a car powered by fossil fuels - capable of covering this distance in one go without stopping and without recharging or filling, and this is what I did Toyota Mirai with its new upgraded version.

5 minutes to charge only

The other interesting thing is the charging time. The process of recharging in electric cars usually takes a long time, and it may last hours if the charging process is done at home, and about 40 minutes at best at charging stations on the roads, which is why electric car manufacturers are racing to reduce the time Charging, increasing the mileage range on a single charge, but this problem is almost absent in hydrogen cars, the charging time does not exceed only 5 minutes, just like the time required to charge gasoline or diesel cars, and the distance traveled is much higher.

Now, the Toyota Mirai has set a new world record.

The trip - as reported by the "Technology" platform, quoting the Toyota Europe Newsroom - began last Wednesday, May 26, to the south of the French capital, Paris, and 4 drivers took turns driving to avoid fatigue. The car is traveling on public roads with many acceleration and braking points.

The car continued its march to break the previous record held by the Hyundai NEXO, which amounted to 778 kilometers on a single charge. The second generation Toyota Mirai has a greater hydrogen storage capacity of 5.6 kilograms, and better aerodynamics, so the challenge was met with a great deal of confidence .

After hours and hours of walking, Mireille stopped in Paris following a legendary 1,003-kilometre journey.

According to the car's computer, 9 km remained in its battery, which is certainly impressive, as there is no car in the world capable of this achievement so far.

And if we remember that recharging only lasts 5 minutes for the car to go back and travel the same distance, our admiration will inevitably increase.

Another interesting thing was the average fuel consumption of this record-breaking adventure, reaching 0.55 kilograms per 100 kilometres, while for air emissions it was only water vapor.

Frank Marot, CEO of Toyota France, said, "It is an amazing achievement and a great challenge that we have overcome with the new developed Mirai, and for us within the company it was like trying the impossible, but we have proven today that the impossible is just a myth, which motivates us to continue and achieve more achievements in the future." .