The Dubai Criminal Court sentenced a gang to three years in prison and a fine of 150,000 dirhams, against a gang formed by an African woman to seize her fiancé’s safe. 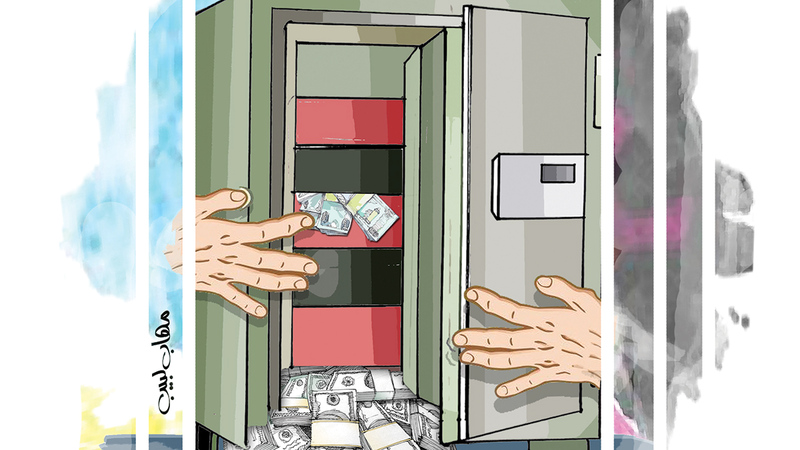 The Dubai Criminal Court sentenced a gang to three years in prison and a fine of 150,000 dirhams, against a gang formed by an African woman to seize her fiancé’s safe. , because her plan included the gang members assaulting her as well.

In detail, an African businessman was surprised by two masked men who broke into his apartment while he was with his fiancée, assaulted them with a knife, and threatened to slaughter him, to force him to open his own money safe, and stole from her 150 thousand dirhams and 800 dollars under duress, and fled on the run.

After informing the police, it was found that four people were involved, two of whom were arrested, the masked attackers, and the surprise was that the fourth accused is the victim’s fiancée, as she is the “mastermind” of the crime, as she planned it, and assigned her boyfriend to carry out the theft with the other defendants, and the Criminal Court issued Verdict in presence of the two arrested defendants, and in absentia of the fiancée and another defendant.

The victim (45 years) said in the investigations of the Public Prosecution that he and his fiancée (the fourth accused) were talking in his apartment when he heard the sound of the doorbell. The other one stuck to his mouth, and they continued to beat him and dragged him to the bedroom, where the safe is located. They put a knife on his neck, and threatened to kill him if he did not open the safe. He refused at first. Then they fled, and closed the apartment on him from the outside.

He added that his fiancée freed his hands and feet from the plastic shackle, so he called a friend who lives with him in the same apartment. He came, opened the door for him, and called the police.

A witness from the Dubai Police said in the investigations of the Public Prosecution that a report was received of a crime of forced theft in the Mamzar area, so he moved with his colleagues, and saw the victim and his fiancée, and the first narrated the details of what happened, pointing out that the accused assaulted his fiancée when she screamed, and hit her with a knife.

By asking the first accused, he revealed that the victim’s fiancée arranged everything, agreed with him on the details, and provided him with full information about the address of the apartment and the time of execution, pointing out that he collected the other accused, and the three of them went on the date set by the woman, and the second and third carried out the crime, while the first waited for them. down the building.

• The accused released the victim after he was tied up by the gang and robbed.