After being banned by the United States, “Huawei” announces its operating system for phones and smart devices 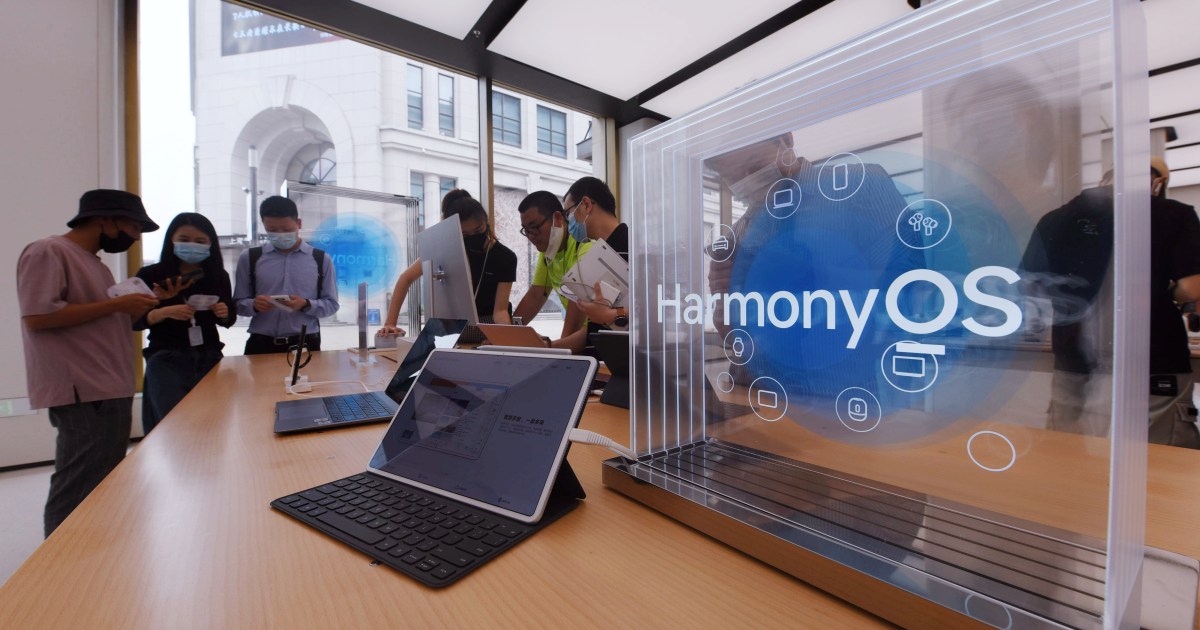 After the United States placed her on a trade blacklist and banned her from using the Android operating system;

In the interview published with him by the French magazine Le Point,

Wang Chengli, head of the artificial intelligence department at Huawei, which employs 190,000 employees, pointed to the "HarmonyOS" system, which will be gradually available on many major products, such as the computer "HUAWEI Matebook X Pro" ), a Watch 3, or Freebuds headphones.

Even better, this operating system - an alternative to Android and iOS - will not only concern mobile phones, but also promise to connect all connected devices, from robots to the bathroom mirror.

Speaking about the addition provided by "Harmony OS" - compared to Android - Wang Chengli said that the development of "Harmony OS" began in May 2016 with the widespread belief that the smartphone market will reach its peak one day.

It is necessary to go beyond the mobile phone to connect the smart things in our daily life.

And with "Harmony OS" the mobile application can work on a TV, watch, car and even in the smart home, and if there is no connection between the devices, then there is no value for smart equipment.

Chengli denied his understanding of the US ban preventing Huawei from accessing Android, and noted that the company's goal is to provide the best customer experience.

It is normal for the external environment to undergo various changes, which appear as if they were many opportunities.

He also stressed the company's desire to work with all potential partners.

Wang Qingli stressed the company's intention to change the daily lives of consumers, for example in the kitchen;

Where the assistant provided by the company can play the role of chef and nutritionist.

Moreover, after being connected to the clock, the bed can adjust the firmness of the mattress to improve your sleep, as well as the lighting, temperature and air humidity.

Regarding the concerns raised by artificial intelligence, Cheng commented that every change is accompanied by fears.

This was the case with planes and then with cars. With any technology, there are both pros and cons.

He said he did not believe that a machine could become smart enough to pose a threat to human survival, and he believed in humans' ability to control this threat.

He also confirmed his agreement to further regulate facial recognition, as Europe wants.

At present, it is appropriate and necessary to establish standards for this technique.

In terms of privacy, Chengli mentioned that saved data remains on your device initially and should not move to the cloud unless requested by the user.

Regardless of the devices the consumer uses;

It is important that everyone can interact in a unified language, in order to offer advice from nutritionists, chefs and translators.

For example, Bodhi, produced by French company Blue Frog Robotics, is a companion robot that must be able to talk to an elderly person and read the heart rates recorded by their watch.

Wang Qingli also expressed the hope that "Harmony OS" will become the most widely used system in the next five years.