Carl Bildt (M) wants to see gradually escalated sanctions against Belaus after the arrest of regime critic Roman Protasevich. - Make it clear to the desperate dictator over there in Minsk that we have a step with unpleasant measures in readiness for him, he says in Aktuellt. 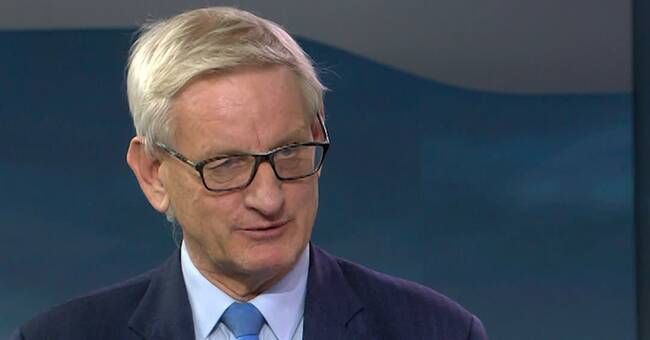 But the former Minister of State and Foreign Affairs Carl Bildt (M) believes that the EU acted forcefully against the country after the arrest of the regime critic Roman Protasevich on Sunday.

Protasevich was arrested after Belarus forced a passenger plane en route to Lithuania.

The EU has demanded his immediate release and banned flights over the country's airspace.

"Unfortunately, it is not in the EU's power to overthrow dictators in any part of the world, but we can put pressure on them," says Bildt.

"Have more in your back pocket"

He believes that sanctions against President Alexander Lukashenko and other people in power create uncertainty in the system that makes it more difficult for the leader to remain in office.

According to Bildt, the best strategy is not to postpone all sanctions at once, but instead to gradually step up.

- Make it clear to the desperate dictator over there in Minsk that we have a stepladder with unpleasant measures in store for him.