Missing girl: in a photo without a veil, in the community Disappeared after the no to arranged wedding: in a video three people with shovels Share May 27, 2021 Without the veil and glasses, smiling With ear and nose piercings. This is how Saman Abbas appears in a photo, the 18-year-old who disappeared from Novellara, in the Reggio area, after opposing an arranged marriage and who is feared to have been killed. The shot, in the hands of the investigator 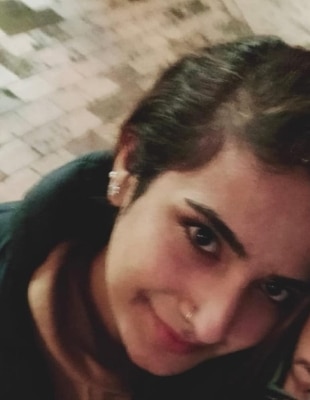 May 27, 2021 Without the veil and glasses, smiling With ear and nose piercings. This is how Saman Abbas appears in a photo, the 18-year-old who disappeared from Novellara, in the Reggio area, after opposing an arranged marriage and who is feared to have been killed. The shot, in the hands of the investigators, would have been taken during the period in which the young woman was in a protected community, before returning home and then disappearing. The face appears different from that of the only other photo so far circulated, where Saman is portrayed with a barely hinted smile, black hijab and glasses.

The worst is feared for the young woman who has disappeared for almost a month from Novellara, a municipality in the Bassa Reggiana. On the case of Saman who had opposed the Islamic wedding with a cousin, arranged by his parents, the Reggio Emilia prosecutor is investigating for murder.

She wanted to live in the West and for this reason she rebelled against the 'constraints' imposed by the family. The turning point of the investigations, coordinated by the carabinieri, came after the analysis of some frames taken by the cameras in the area: three people with two shovels and a bucket, with a blue bag and a crowbar headed towards the fields at the back of the house Novellara, on the evening of April 29 last (7.15 pm), to return after approximately two and a half hours (9.15 pm).

Thus the hypothesis of murder was added to the kidnapping.

The body of the 18-year-old was searched in the vicinity of her home, also by emptying the irrigation canals. The dog teams and firefighters were engaged. The suspicion of the investigators is that she may have been killed but at the moment still no find. The failure to report the disappearance also gave impetus to the investigation. Family members are investigated and the channels of international cooperation have already been activated.

The parents, in January, had been denounced by the Arma military for coercion or induction into marriage. Now they have left Italy to return home: however, Saman was not on the plane that departed from Milan's Malpensa airport.

"A very determined person who had the courage to rebel" driven by the desire to build a life "inspired more by Western habits than by the culture of her origins": this is how the mayor of Novellara, Elena Carletti, describes to Agi the personality of young man vanished into thin air.

"From the age of 17, we have never seen her outside, free as before," says the employer of the young woman's father. A life designed for her by her parents to which Saman however opposed when she decided to tell her story to social services: in November 2020 she was urgently removed from the family home and taken to a community.

Wedding - with airline tickets already purchased for Pakistan and the wedding date set for December 22 - skipped. On 11 April, however, Saman decided to return to the family home. The searches were started on May 5 when the carabinieri looked for the 18-year-old at her home but found no one, not even her parents. So the first hypothesis was that everyone had gone away expatriating to Pakistan and that the girl had been forced to follow her mother and father. From subsequent investigations it emerged, however, that only the parents had returned to their homeland.

"It is a disturbing, serious event that puts us in apprehension. The protocol applied to guarantee safety and a life path starting from the community experience was one of the objectives of our Municipality", explained Carletti.

And in Novellara, to keep hope alive, a sit-in was organized by the municipality tomorrow evening for the missing young woman. "All participants are asked to carry a torch to light up the darkness, as a symbol of solidarity and hope".

Should his death be confirmed, Saman's story would closely resemble that of Sana Cheema, an Italian citizen of Pakistani origin strangled to death in April 2018 at the age of 26 in Mangowal, Pakistan. Shortly thereafter, the police arrested the victim's father, brother and uncle. During the investigation, the three had initially confessed to killing Sana because she had "dishonored" the family and then retracted. According to the indictment, Sana had been killed because she wanted to marry Brescia's fiancé against the advice of the family. In February of the following year a Gujrat court had acquitted all family members accused of his murder, ordering the release of Sana's father, Ghulam Mustafa Cheema,uncle Mazahar Cheema and brother Adnan for lack of evidence and absence of witnesses. His death had opened a political case in Italy.