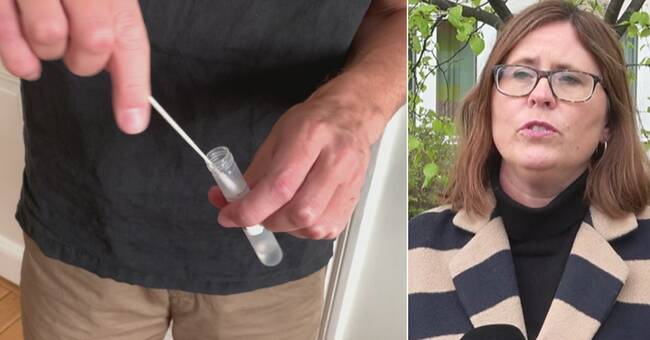 From the end of May, the municipalities in Västerbotten are recommended to stop their covid screening of care and nursing staff.

The reason is that the vaccination rate is now high among both staff and care recipients.

In Västerbotten, around 3,000-3,500 screening tests were performed by healthcare staff per week during the spring.

It has cost up to 5 million per week where the state has borne the largest part of the cost.

Previously, there has been a very broad screening of care and nursing staff and the staff has been tested twice a week.

- Now we judge that we can stop with it.

I believe that all municipalities will do so, even if some housing may be excluded, says Maria Marklund, head of Care Hygiene in Västerbotten.

"No economic motives behind"

There are no financial motives behind the recommendation, but there is some uncertainty about how the municipal staff will react.

However, the risk of infection remains.

Several cases in Sweden have shown that fully vaccinated people can be infected again.

But as soon as someone shows symptoms, the recommendation is to test for covid.

- If you have completed the sampling, you should also have the opportunity to quickly resume it if, for example, a local outbreak occurs.