Mottarone, the massacre of the cable car: the images of the cameras seized

Under examination the video of a few seconds recorded by the camera located in the mountain station, which shows what happened. Sources from Leitner company: "At the moment there are no warranties". Pope Francis: "Great pain, trepidation for little Eitan" 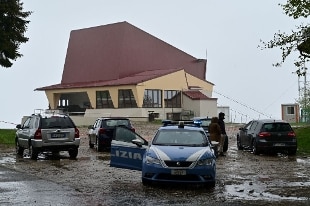 For now, the file opened by the Verbania Public Prosecutor's Office for the tragic crash of the Mottarone cable car in which 14 people lost their lives on Sunday remains against unknown persons. It is difficult to imagine the timing of the investigation that the prosecutor Olimpia Bossi, who supports the deputy Laura Carrera, entrusted the judicial police section of the carabinieri. Among other things, the video of a few seconds recorded by the camera located in the mountain station is under review, showing what happened. The military of the Arma, in these hours are acquiring the administrative documentation, which, as explained by the prosecutor, will make it possible to establish who are the people who enter the investigation.

First of all, there is the knot of ownership that the Mayor of Stresa Marcella Severino claims to still be in the hands of the Piedmont Region, given that the transfer procedure envisaged by the program agreement stipulated in 2014 would not have been completed. And then the role of the various companies involved, in the management and maintenance of the plant. In the meantime, at Mottarone, where yesterday the rain fell abundantly all day and today the sun peeps out, the cable car is under seizure and the area is cordoned off. The crashed cabin, currently covered by a sheet, will have to be removed, which is not an easy task because it is located in an inaccessible spot. The wreck, with the cables and the recovered material, will be the subject of the appraisals that the magistrate will entrust to the Polytechnic of Turin.

In the investigation of the Verbania prosecutor's office, all the videos of the cameras of the surveillance system of the structure relating to the days before the fall of the cable car ended. In the low definition images you can also see the last upward stroke interrupted a few meters from the summit when the towing cable broke and the gondola lift 'flipped' downwards at an increasing speed since the safety braking system did not started operating preventing the cabin from remaining anchored to the two load-bearing cables.The malfunctioning of the brakes caused the cabin to hit a pylon so the gondola lift fell to the ground from about 20 meters before finishing its run several tens of meters further up. valley against some fir trunks. In addition to the videos on Sunday,the prosecutor has also decided to seize the videos of the previous days to understand if any anomaly has occurred that could explain the accident.

Prosecutor Bossi: "The safety brake system did not work"

"The cable was severed on the ground and the safety brake system did not work peacefully because the car would have blocked. The object of the investigation that will be carried out is understand why this would happen ". This was stated by Olimpia Bossi, chief prosecutor of Verbania, who coordinates the investigation into the accident at the Stresa-Mottarone cable car. Now, the prosecutor added, "technical investigations are absolutely essential". The cabin, said Bossi, "slipped downstream without the emergency system being activated. This is likely to have happened and this is being investigated", that is, "whether it could be a malfunction or something else: it is clear that it is a mechanical fact,but we must understand what it is ".

Probably a procedure will be opened not only for "multiple manslaughter" and "culpable injuries" but also for "culpable disaster". "I think we will proceed with a rather rare crime which is that of an attack, naturally culpable, on transport safety, resulting in a culpable disaster", said the public prosecutor Bossi, speaking to the public prosecutor's office with journalists. "The entire area has been seized - he adds - we will begin with the technical surveys to ascertain the causes of the accident".

"We must have the complete and exhaustive picture of all the legal entities that are interested in various capacities in the management or revision of the plant" clarified the prosecutor. "There is the owner body, which has yet to be clarified whether it is still the Piedmont Region or whether the passage to the Municipality of Stresa has taken place and how, there is the company that manages the plant, Ferrovie del Mottarone, there are the companies that carried out the restructuring works of the plant in the two-year period 2014-2016 and there is a company in charge of the annual audit. We know the latest was carried out in November 2020 ", explains the prosecutor. The companies involved are more than one. "

of Verbania, explains the prosecutor Bossi, specifying that the cameras "record arrival and departure" and that, at the moment, "there are no images taken from inside the crashed cabin, even if I don't feel like excluding it".

"Logica would like that the cable broke and the braking system did not work, but it can also be the other way around. The consultants will have to decide," said prosecutor Bossi. "I have already spoken with the Polytechnic of Turin, even if I have not yet given the assignment - he specified - we will need mechanical engineers and we are evaluating if we also need experts in metallurgy".

Leitner: "At the moment there are no warranties"

"We currently have no warranty notices against us." The Agi agency learns about the tragedy of the Mottarone cable car, in which 14 people lost their lives. "The November check was carried out by Sateco of Turin which is a company specializing in the magnetic inductive control of hauling ropes. We on the Stresa-Mottarone plant are in charge of extraordinary and ordinary maintenance, not the daily and weekly maintenance which is the responsibility of the company. management company Ferrovie del Mottarone ".

The conditions of the 5-year-old boy, the only survivor, are stable

The conditions of Eitan, the 5-year-old boy who is the only survivor of the tragedy in Stresa, are stable. The little boy, who did not report neurological and spinal damage, spent the night in the intensive care unit of the Regina Margherita children's hospital in Turin and today the doctors will try to wake him up. Next to him are his paternal grandparents and his aunt.

Pope Francis "learned with great pain the news of the dramatic accident that took place at the Stresa-Mottarone cable car and wishes to express closeness and heartfelt condolences to the families of the victims. Thinking with emotion of so many lives tragically broken while they were immersed in the wonder of creation, he assures the prayer for those who have disappeared, for those who mourn them and for little Eitan, whose delicate story follows with trepidation ". This is what we read in the telegram of condolence for the victims of Sunday's accident at the Stresa-Mottarone cable car, sent in the name of Pope Francis by Cardinal Secretary of State Pietro Parolin to the Bishop of Novara, Msgr. Giulio Brambilla. The Pope "participates in a particular way in the affliction of the local community and of the Diocese of Novara, and clings to thebeloved Italian people, dismayed by the grave tragedy. While he begs the Lord for comfort for those who suffer, he heartily imparts the apostolic blessing to those in pain ".