Discussing a Middle East tour to stabilize the armistice and rebuild Gaza .. Blinken arrives in Israel to confirm Washington's commitment to its security

US Secretary of State Anthony Blinken arrived in Israel today, Tuesday, where he will meet with Israeli Prime Minister Benjamin Netanyahu and the Ministers of Foreign Affairs and Defense, before heading to Ramallah to meet Palestinian President Mahmoud Abbas. 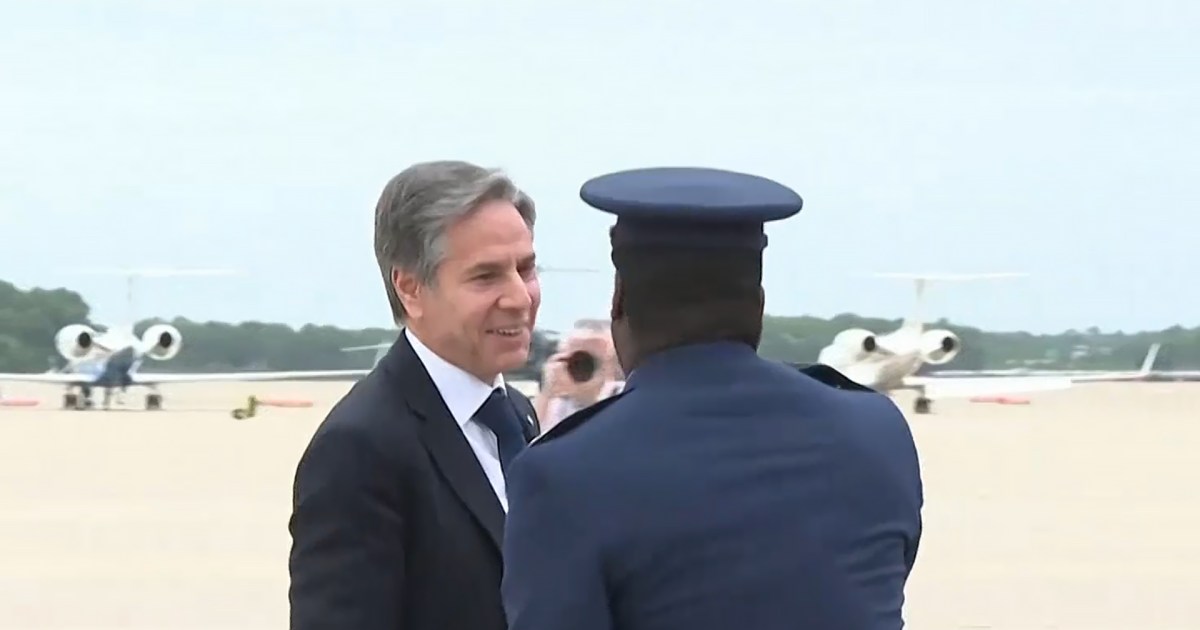 US Secretary of State Anthony Blinken arrived in Israel on Tuesday morning, where he will meet with Israeli Prime Minister Benjamin Netanyahu and the Ministers of Foreign Affairs and Defense, before heading to Ramallah to meet Palestinian President Mahmoud Abbas.

Blinken will later visit Cairo and Amman as part of his tour in the region. According to sources in Washington, his visit aims to stabilize the ceasefire in Gaza, as well as to study a plan for reconstruction in the Strip.

White House spokeswoman Jane Saki also said that the US Secretary of State’s tour in the Middle East aims to discuss the conditions for a permanent ceasefire in Gaza and the reconstruction of the Strip.

She added that Washington is aware that reconstruction will not be an easy process, and that President Joe Biden and his Secretary of State believe that the two-state solution is the only way to end violence in the region.

Blinken announced - upon leaving Washington - that he would work to provide a better life for Palestinians and Israelis.

The US President indicated - in a statement issued by the White House - that Blinken will work to involve other partners in the region to discuss the situation in Gaza, and that he will also continue efforts to rebuild relations with the people and the Palestinian Authority.

Biden indicated that Blinken would meet with Israeli officials to reaffirm their commitment to Israel's security.

The US President affirmed that Blinken will work to include other major partners in the region, including coordinated international efforts to ensure that immediate aid reaches Gaza "in a way that benefits the people there and not Hamas," as he put it.

For his part, a State Department official said that not talking to Hamas in Gaza poses a challenge, and that the US administration hopes to restore the role of the Palestinian Authority in Gaza in some way.

The official continued by saying that Washington does not see that Hamas has the right of veto, and that the work will be with the United Nations, which he said has a meaningful presence on the ground in the process of providing aid.

But he admitted that Hamas is still present on the ground, and that Washington will work to contain its efforts, and that it hopes and expects the ceasefire to continue in the near term.

He explained that the United States will work in partnership with the United Nations and the Palestinian Authority in order for the people of Gaza to benefit from the aid, and that Egypt has a role in this field.

He pointed out that there is no guarantee of what he called the aid not being used by Hamas, but the US administration will work to ensure that this aid reaches the people who need it, as he put it.

The White House had stated that the American and Egyptian Presidents Abdel Fattah Al-Sisi had consulted - through a phone call - on the urgent need to send humanitarian aid to the residents of Gaza "in a way that benefits the people, not Hamas," as the White House put it.

For its part, the Egyptian presidency stated that Biden and Sisi discussed developments in the Palestinian issue and ways to revive the peace process, as well as supporting the stabilization of the ceasefire.

The Egyptian presidency also confirmed that Biden made clear Washington's determination to restore the situation in the Palestinian territories to what they were and to support the Palestinian Authority.