Two weeks before the second round of the presidential election in Peru, thousands of Peruvians took to the streets on Saturday against the right-wing populist candidate Keiko Fujimori. A m… 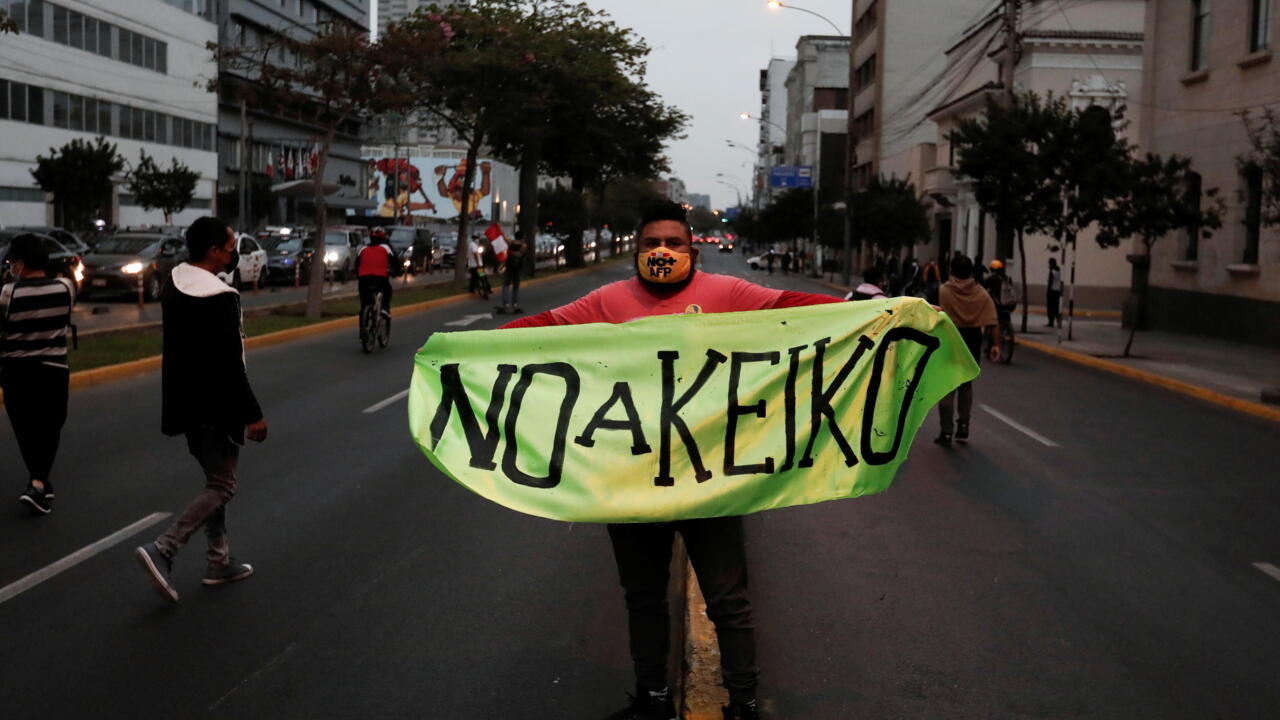 A protester at a rally against right-wing candidate Keiko Fujimori on May 22.

Two weeks before the second round of the presidential election in Peru, thousands of Peruvians took to the streets on Saturday against the right-wing populist candidate Keiko Fujimori.

With our correspondent in Lima,

The daughter of former President Alberto Fujimori, who will

of the radical left

on June 6, arouses strong rejection from part of the population.

In Lima, the mobilization brought together thousands of people, despite the pandemic and was marked by the presence of victims and families of victims of the regime of Alberto Fujimori.

” are some of the slogans that echoed in the streets of the historic center of Lima this Saturday.

Mask and visor on the face, Maria Elena Carbajal came to demonstrate, despite her fragile health.

She is one of hundreds of thousands of women

under Alberto Fujimori's regime and who have been demanding justice for more than 20 years.

"A serious attack on our right to justice"

We are outraged to have as a presidential candidate someone like

who asserts that there was no forced sterilization under his father's regime, but a family planning policy.

So we are here to bear witness to this crime and say 'no to Keiko',

: in Peru, Alberto Fujimori before the judges for the forced sterilization of thousands of women

Alberto Fujimori, who is on the verge of trial for these sterilizations, is currently serving a 25-year prison sentence for corruption and crimes against humanity, but his daughter Keiko Fujimori said she would pardon him if elected .

in 1992 as part of the fight against the SL guerrillas and Tupac Amaru, Editor's note

If Keiko Fujimori frees her father as she said during the campaign, it would be a serious violation of our right to justice, as a family of victims,

The associations of victims of Fujimorism opened the march joined by

artists and other citizens who marched in their thousands this Saturday to express their rejection of the candidacy of Keiko Fujimori, also accused of corruption.

: in Peru, Keiko Fujimori, leader of the opposition, is released from prison

Presidential in Peru: voters say they are divided between "two catastrophic options"

Peru: concerns of feminists and the LGBT community about the coming five-year term

Peru: the concern of women and LGBT people one month before the presidential election