Volvo employees must be vaccinated at work

Next week, Volvo in Braås will start vaccinating its employees. The news that the region now allows vaccination in the workplace is met positively by the company and the employees. 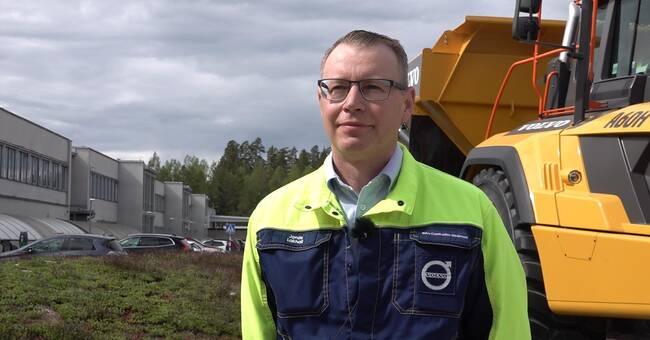 partly because it is a societal benefit, partly because we can vaccinate here and our employees do not have to go to different places, says Jonas Lakhall site manager at Volvo in Braås.

He is supported by the local union club:

- It is easy to be able to do it in the workplace.

Everyone has looked positively at this opportunity, says Richard Bonassin who is chairman of IF Metall's trade union club.

Kronoberg positive to vaccination at work

Region Kronoberg is one of the few regions in the country that allows companies to let their employees be vaccinated at work.

According to TV4's survey, there are only five of Sweden's 21 regions where it is possible to get vaccines at their workplace, and Region Kronoberg is developing a strategy on how to do this.

The region is cautiously positive about vaccinations in the workplace.

- We would rather see people come to one of the large vaccination sites, but we also see the benefits for employers to be able to do it at their workplaces, says Lena Andersson Nazzal, vaccine coordinator in Region Kronoberg.

The requirement for being able to carry out vaccinations in the workplace is that the company hires the private vaccinators already procured by the region.

Volvo in Braås is the first in the county, but the region expects more workplaces to want to do the same.

But today the employer cannot vaccinate all employees in one go: The Swedish Public Health Agency's recommendation is that the regions should vaccinate in the order of age where the oldest goes first, and even at Volvo in Braås it is the usual order of precedence that applies.

- We are working on the applications now, and we follow the same age categories as Region Kronoberg does, says Håkan Ljungqvist, HR manager.