New report: The Greenland ice sheet near the irrevocable threshold

The Greenland ice sheet is approaching a threshold and after that self-reinforcing effects occur that are irreversible. This means that rapid melting - even if global emissions go down to zero. According to research reported in the British The Guardian, the melting ice is likely to raise global sea levels by one to two meters in the next few centuries. 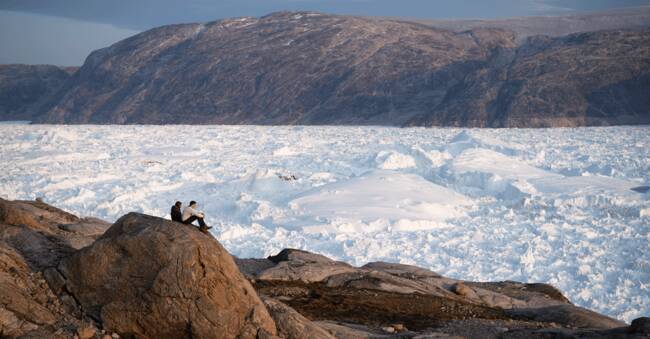 Rising temperatures have resulted in trillions of tonnes of Greenland ice flowing into the sea.

If it melts completely, it would eventually raise the global sea level by seven meters.

The new research at the Potsdam Institute for Climate Studies and the Arctic University in Norway that The Guardian draws attention to concerns a possible threshold for the melting of one of the five largest glaciers in Greenland - Jakobshavn.

It melts the fastest, the researchers say.

It causes even more melting.

The study shows that a destabilization of the ice cover is underway.

However, some uncertainty in research means that the situation may already be irreversible or may become so in the coming decades.

But even if the threshold has already been crossed, it does not mean that the entire Greenland ice sheet is melting.

There may be a stable condition for smaller ice sheets.

However, researchers are pessimistic.

- We are at the border and every year that carbon dioxide emissions continue, the probability of crossing the threshold increases, says Niklas Boers at Potsdam Institute for Climate Studies in Germany who did the research with Martin Rypdal, Arctic University in Norway.

- It (threshold) may have been passed, but it is not clear.

However, our results indicate that the meltdown will increase significantly in the near future, which is worrying.

Researcher Niklas Boers says that ice that corresponds to a one to two meter rise in global sea level is already doomed to melt, but that it could take several centuries.

Boers adds that it can take a millennium for the entire ice sheet to melt.

- We would probably need to bring temperatures down below pre-industrial levels to get back to the original height of the Greenland ice sheet, says Niklas Boers at Potsdam Institute.